Just down the road from Owyhee High School is a lot filled with rocks and dirt right now, but soon construction will start on a new fire station and the first-ever police precinct in Meridian.

“Where we stand right now, we’re going to see a city grow up in these hills around us,” Meridian Mayor Robert Simison said.

An area that used to be farms and fields is transforming, with new housing developments popping up and a high school that just finished its first school year. But the nearest fire station isn’t exactly nearby.

Three new stations: two for fire, one for police

The City of Meridian broke ground on two new fire stations in the last month. One in Northwest Meridian and one in Southeast Meridian. This is right on schedule for one of the stations, but construction on the other started two years early due to Meridian’s fast growth.

Meridian Fire hopes to improve response times in other ways too, from 911 dispatch, to travel time.

“How can we improve our turnout time, that’s the time – from the time of notification to the time that we are on the piece of equipment and getting ready to travel to the emergency scene,” Blume said.

Outside factors like infrastructure impact response times too. This is something the city is working on with the Ada County Highway District.

“We’re trying to encourage ACHD to put infrastructure in the areas that we are seeing people and residence move into whether that’s in the southeast or northwest and trying to make connections to those gathering places that we have in our community,” Simison said.

The city plans to have both fire stations up and running in the next year. Until then, they’re working to improve response times and plan for the rapid growth Meridian is experiencing.

The fire station near Owyhee High School shares a campus with Meridian’s first police precinct. Just like the Meridian Fire Department is working to decrease response times, the Meridian Police Department is building this precinct to have officers closer

He said once this precinct is up and running the department will consider a second precinct in southern Meridian. 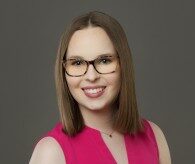 Explain This To Me: Where does the Treasure Valley’s water come from?