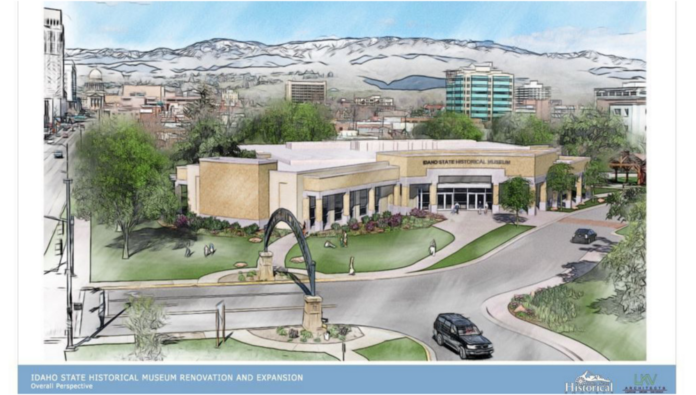 When the extensive remodel and rebuild of the Idaho State Historical Museum is complete, you might not recognize the place – or its name.

“Eliminate the term ‘historical’ as no longer adequate to convey what the new museum will be about,” the report notes about the change in name. It also says the term “historical society” is “increasingly perceived as elitist and antiquated.”

The museum will also nearly double the rate it charges for admission – from $5 to $10 for adults, and from $3 to $8 for students. The museum’s business plan says the higher-quality museum justifies the increased rate, and also says “free or low cost admission would be unfair to other museums and related institutions in the Julia Davis Park area and in Boise generally because the ISM will continue to have access to state operating funds not available to most other museums and related institutions.”

Other plans include museum facility rental for events, a “major exhibit” every three years, and an increase in paid staff at the museum.

A fire broke out in an eight-story building that is under construction in downtown Boise Thursday evening. The Boise Fire...
Read more
Affordable Housing