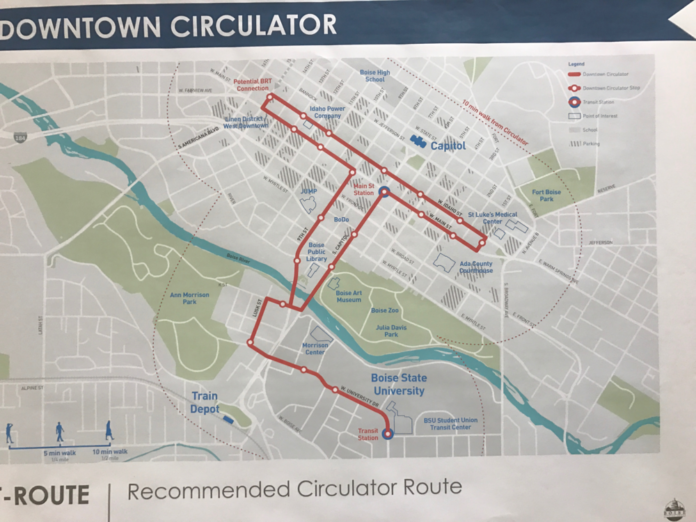 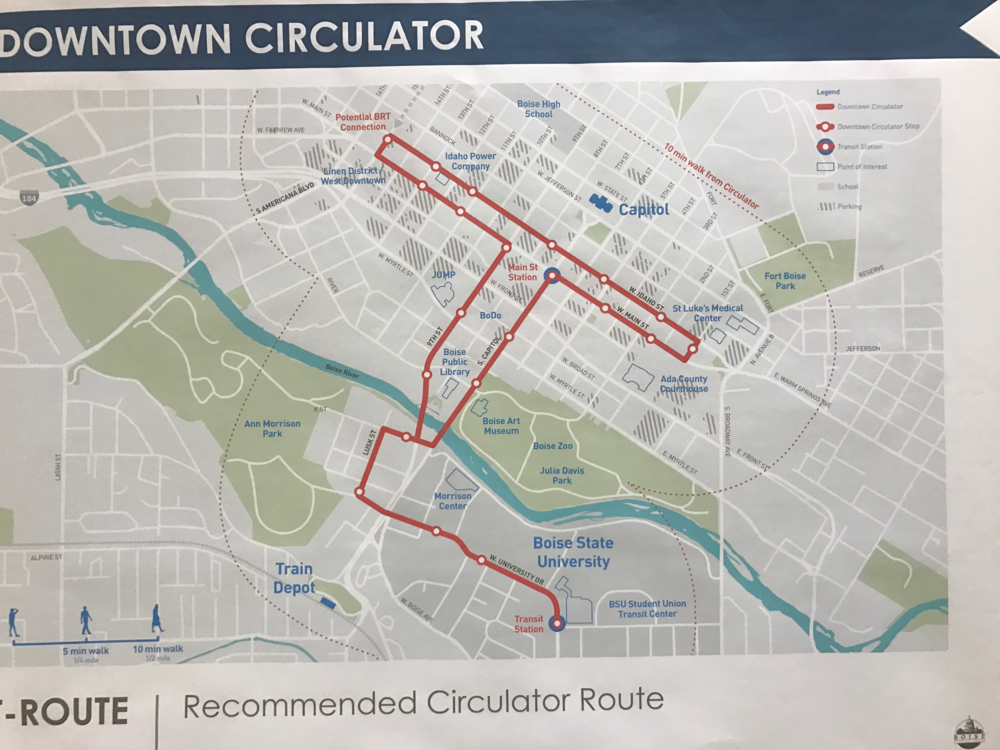 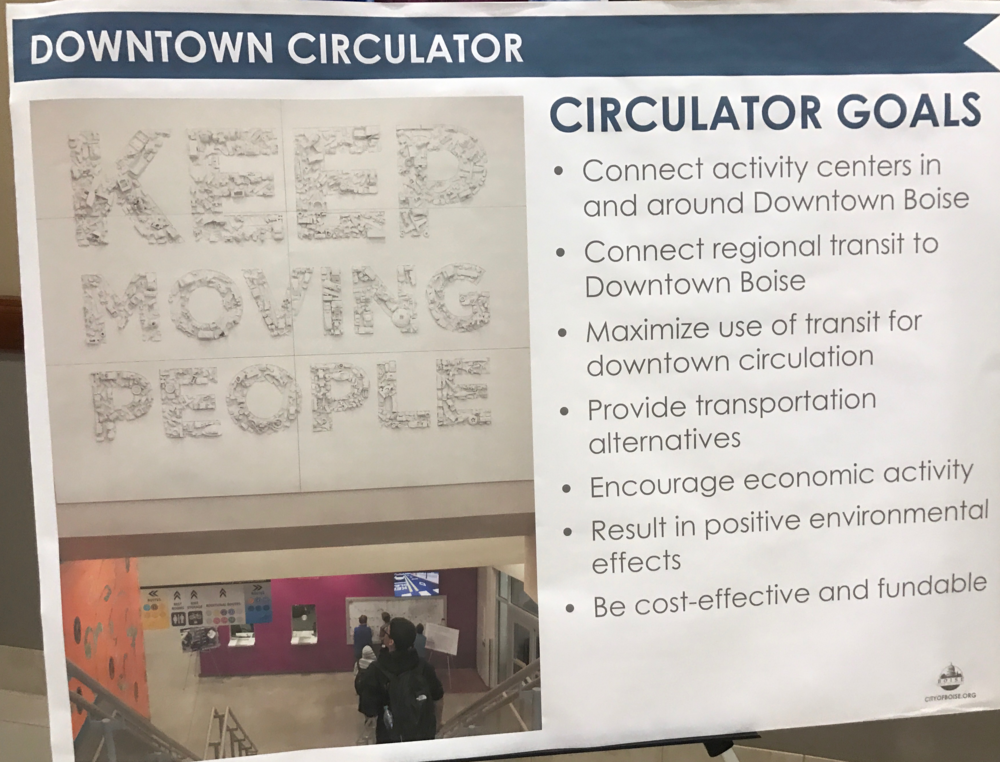 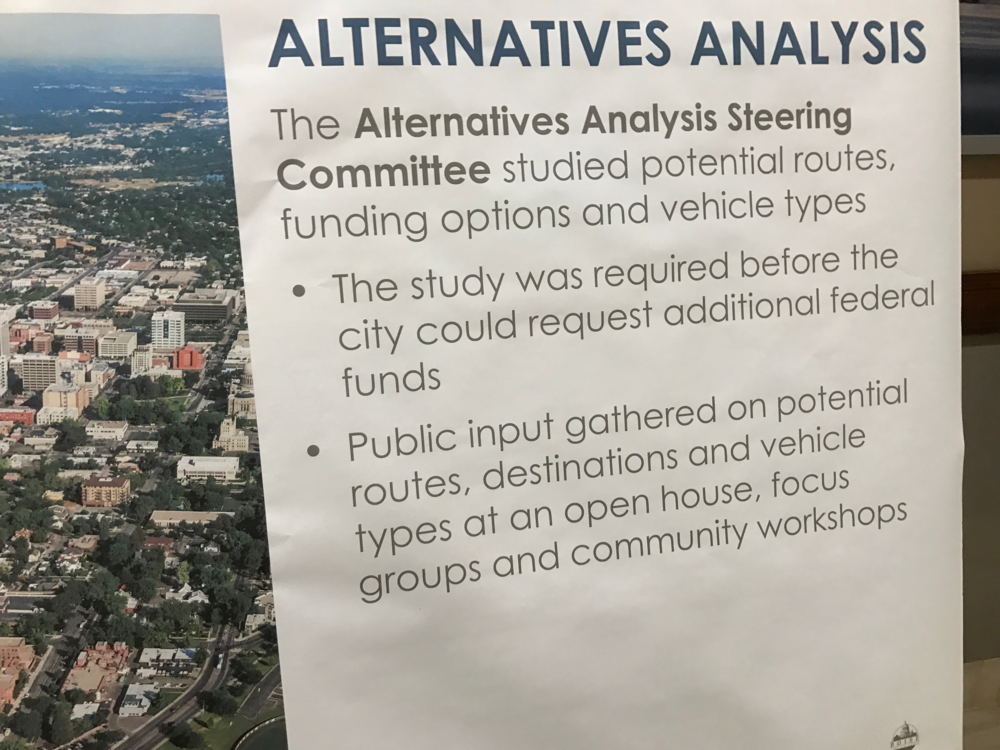 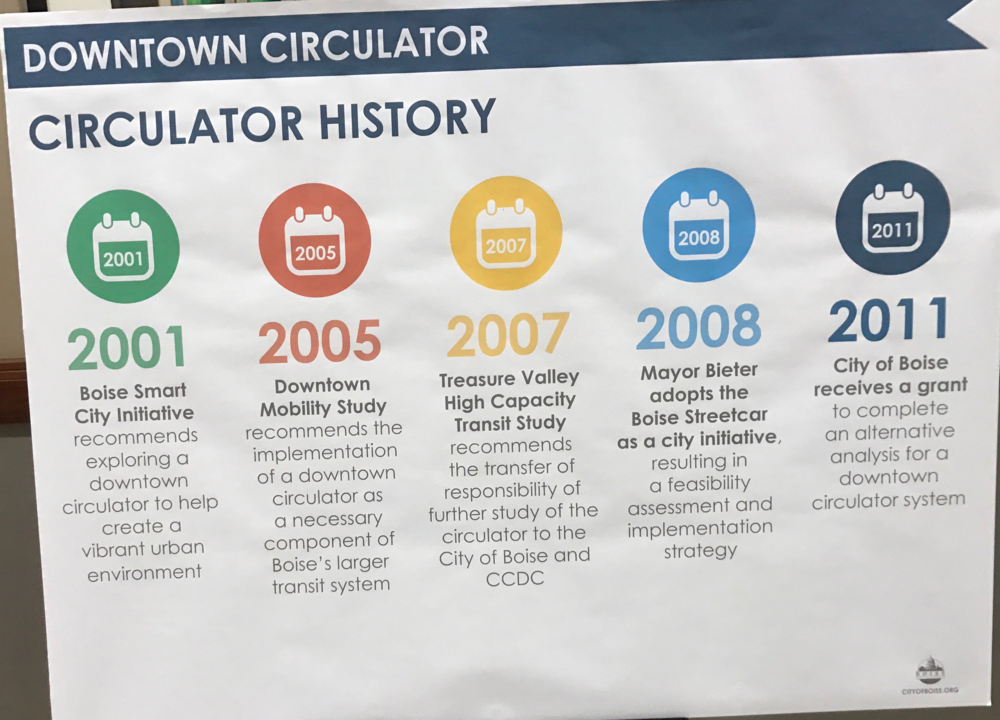 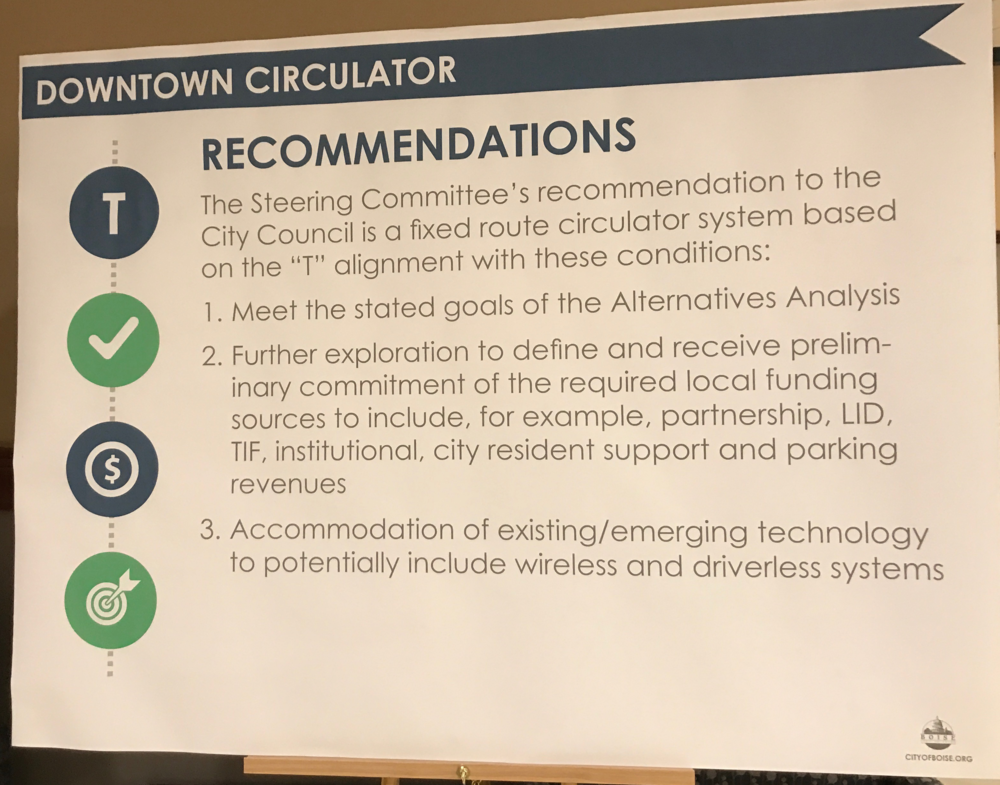 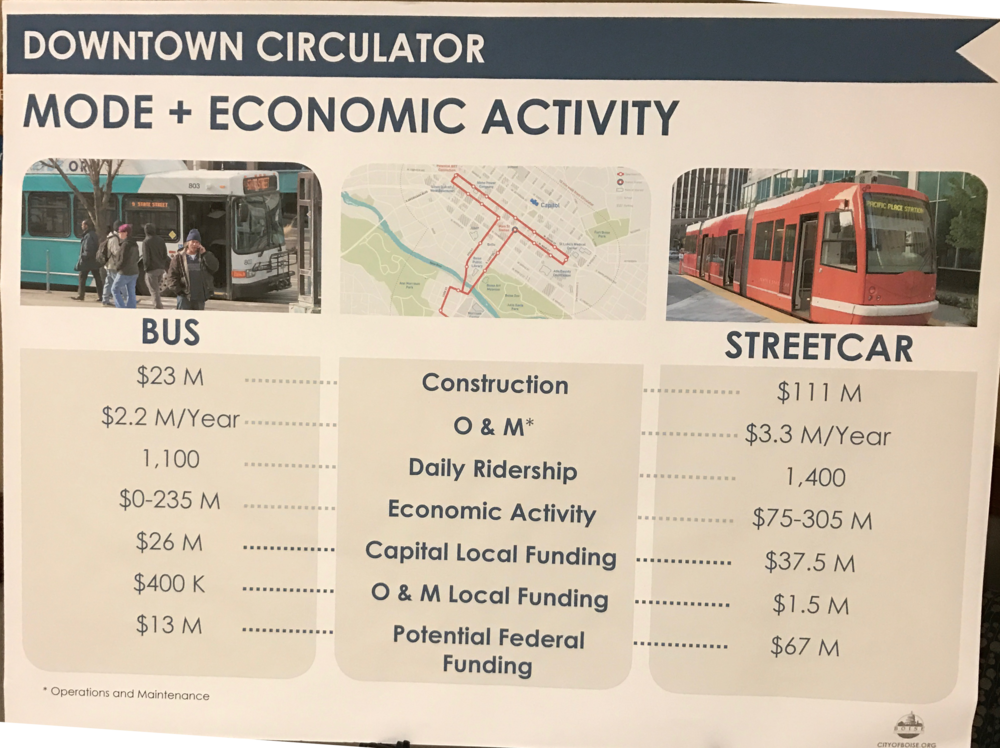 The City of Boise held an open house Tuesday for its idea to build a circulator route linking Boise State and Downtown Boise.

BoiseDev did an in-depth analysis on the project late last year.

Above you can see the material presented to the public.

Members of the media covered the open house. The only reporter that got public reaction that I could find was from KTVB’s Natalie Shaver:

“Parking can be a little brutal so I’m all about the public transit,” said Shelley Coleman.

“We’re all coming to work downtown, a lot of us live downtown, why take up space in the parking garage that people who are coming from out of town could use,” said Andrew Willden.

“It’s so small in Boise, I mean the stops are so close together you can pretty much walk there before you can get on a bus and get off a bus,” said Jefferey Trudick.

Boise Weekly also did a story but only talked to officials.