EXCLUSIVE
Albertsons has not added a new store location in its home town in more than twenty years.

That’s about to change.

The retailer plans to build a 35,000 square foot store at the corner of ParkCenter Blvd. and Warm Springs Ave., adjacent to the Boise Fire station in Barber Valley on the east end of Boise.

The store is smaller than many existing locations and would be nearly half the size of the planned 2-story building in the works at Broadway and Beacon. The store would leave room for another 22,000 square feet of future expansion space – which would host a large grassy area designed for a farmer’s market in the interim.

The project would also include a fuel center and small convenience store. Albertsons had left the fuel center business – selling locally to Stinker.  It has begun to step back into the gas station market after merging with Safeway

In addition, seven pad sites are planned for future tenants such as “banks, restaurants and shops” along the Boise River Greenbelt.

The Albertsons building is designed to face the Greenbelt and give access to users on the popular recreation path. The project plan calls for 200 parking spaces and 21 spots for bicycles.

The project is owned by Brighton Corp. and is currently empty ground.  A housing boom in the Barber Valley has driven up demand for services in recent years, with condo projects like The Blvd. and Barber Station as well as homes built in the Harris Ranch subdivision.

The plan will go through Boise’s Design Review process with a hearing set for April 12th. 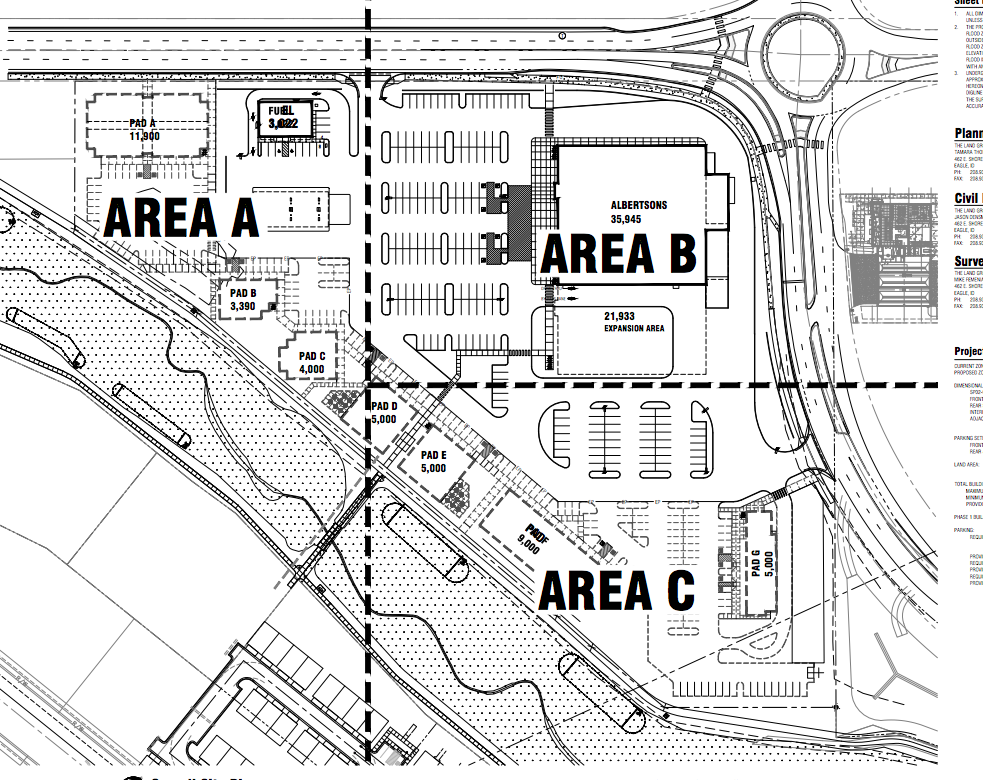