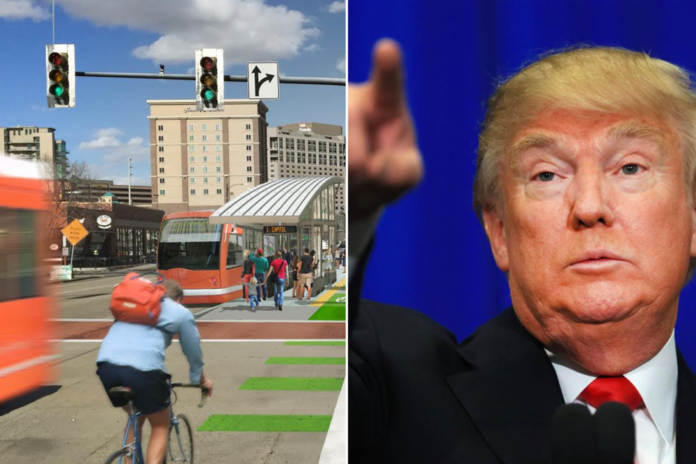 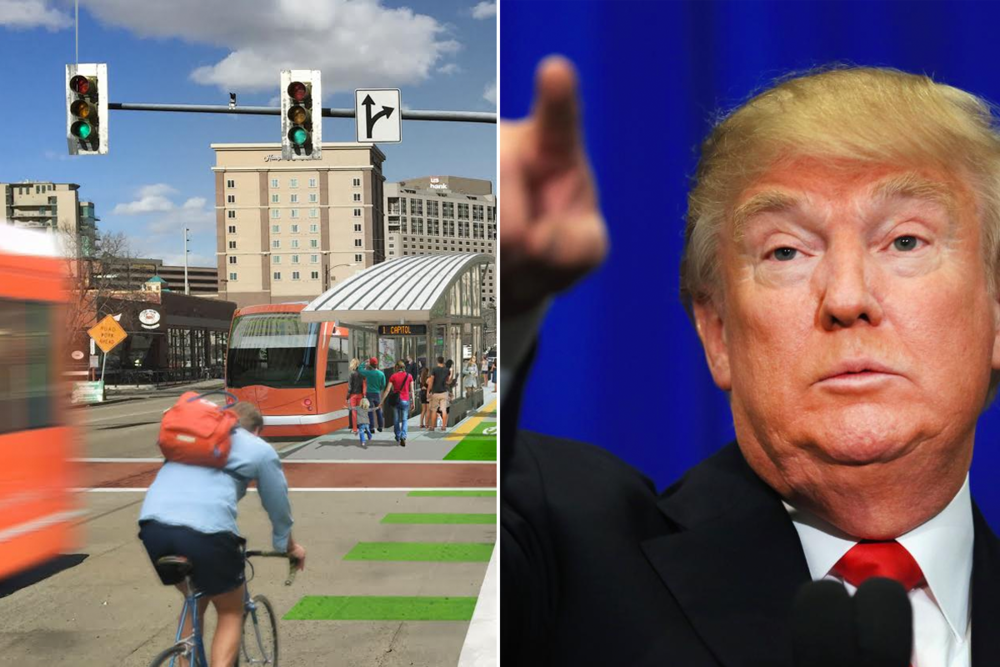 For a Boise streetcar or bus circulator project to happen, city leaders are clear it will need a healthy dose of Federal funding. But with significant cutbacks to the Transportation Department proposed by the Trump administration – will it throw the brakes on a circulator before it ever even gets moving?

President Donald Trump’s administration outlines a cut to nearly every federal department outside of defense and veteran’s affairs – and that includes a 17% hit to the US Department of Transportation.

The proposal would slice $2.4 billion out of the cash pile dedicated to moving Americans in the coming budget year.

“The Budget reduces or eliminates programs that are either inefficient, duplicative of other Federal efforts, or that involve activities that are better delivered by States, localities, or the private sector,” the budget document notes according to The Hill.

During an extensive conversation with BoiseDev in December, City of Boise circulator project manager James Pardy said that federal funding would likely play a key role.

“We would expect more funding opportunity from the federal government on a more expensive system,” he said.

In documents obtained by BoiseDev, City of Boise officials cited two likely funding sources from the Federal government – a pair of grant programs known as Small Starts and TIGER.

But the Trump budget specifically notes that, in its view, municipalities should figure out how to fund programs on their own.

“Future investments in new transit projects would be funded by the localities that use and benefit from these localized projects,” according to Trump’s spending plan.

The budget plan slices both Small Starts (and its sister program New Starts), as well as TIGER grants.

The budget has not yet been approved by congress – and could come out in a significantly different final form.

City of Boise Director of Communications Mike Journee says the city is progressing, for now, as though everything is status quo.

“We are aware of and are watching the potentially shifting federal funding picture,” he wrote in an email to BoiseDev. “However, the process as it exists now is what we have to work with, so we will continue in that vein until we know different.”

He says the Alternatives Analysis process is about finding answers to questions big and small on the project – including funding.

“This whole process has been about assessing and defining what’s possible and that will not change going forward, no matter what happens at the federal level. We envision that, over the next 18 months, we will really dig into the funding question both locally and at the federal level.”

During a meeting with CEOs Tuesday, Trump said his forthcoming $1 trillion infrastructure plan will focus exclusively on “shovel ready” projects — those that could get going right away.

“If you have a job that you can’t start within 90 days, we’re not going to give you the money for it,” he said according to MarketWatch. That bill could be introduced this year, and include $100 billion-$200 billion in federal funds as well as offsetting tax credits – with the full $1 trillion spread over ten years.

Details on what types of projects could be qualified haven’t yet been detailed – though reporting from McClatchy in January outlined 50 “priority” projects. The list detailed no projects in Idaho – and primarily focused on roads and bridges. Six “mass transit” projects were included – including expansion of the NYC subway and expansion of rail lines in major metros areas like Boston and Detroit. No municpal streetcar projects were included – though it’s unclear what types of projects beyond the top 50 could be funded or how the process might work.