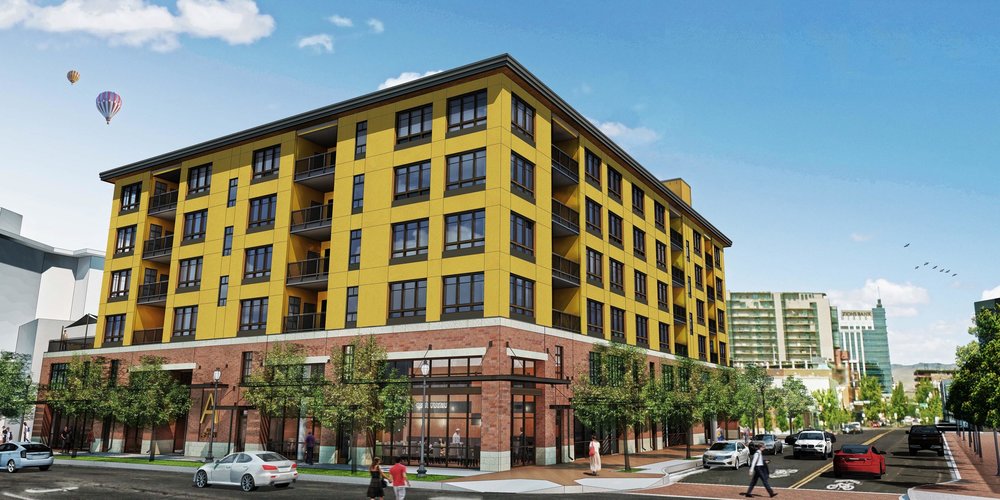 The original rendering of The Afton shows retail on the corner. It will be replaced by an art installation.

The Afton condo project on 8th Street will not be as robust as initially thought for its second phase.

The project, as proposed, was to include 39 condos, six stories, two levels of parking, retail space and live-work units.

The Capital City Development Corporation, which owns the land under The Afton had to approve the changes – which commissioners did Monday.

Retail on the corner of 9th and River wasn’t feasible, according to the developer by way of a CCDC staffer: