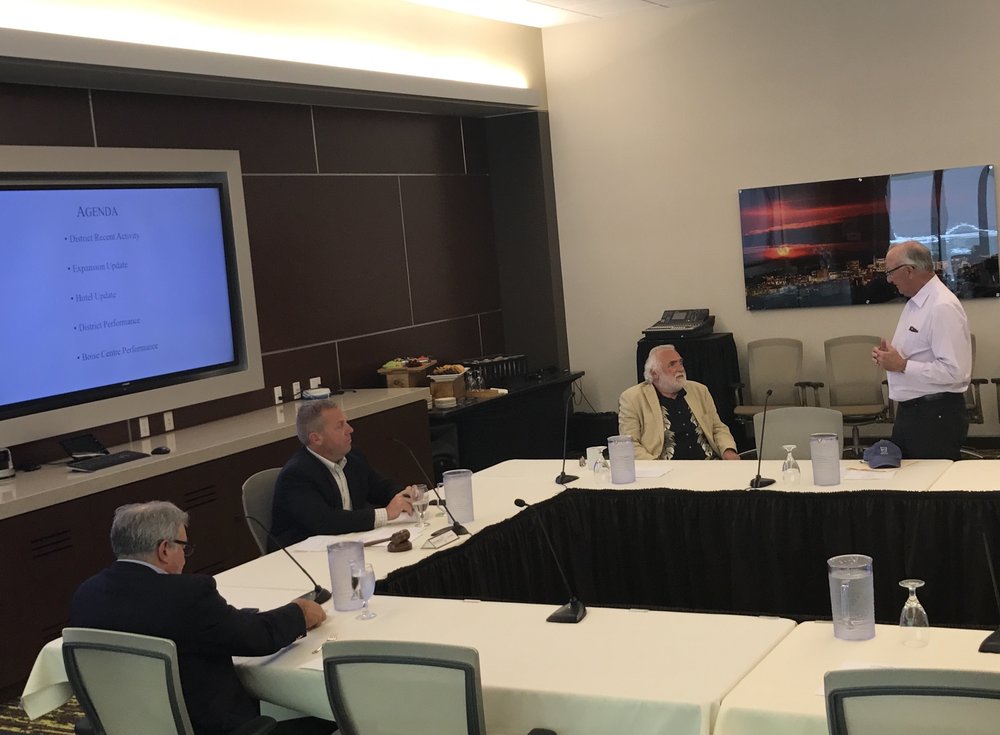 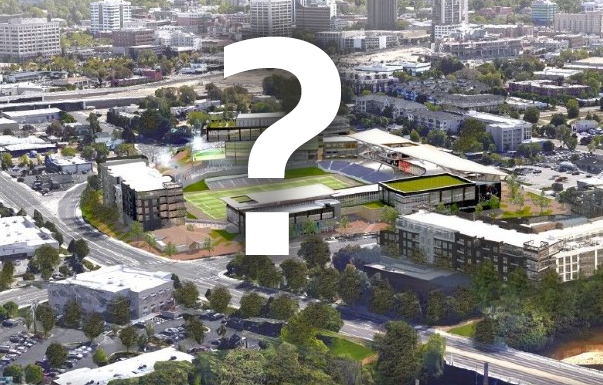 A group of prominent Boise business people is concerned about a stadium proposed for Americana Blvd. in Boise – and they are speaking up.

Greenstone Properties is proposing to build a stadium and mixed-use project on land currently owned by St. Luke’s Health System. It would host the Boise Hawks, a possible soccer team and other uses if the project comes to fruition.

Former Albertsons CEO Gary Michael sent a letter to the Greater Boise Auditorium District this month – and along with members of his group Concerned Boise Taxpayers – he attended a Wednesday meeting of the group.

GBAD officials acknowledged the letter and assembled group, but said it was too early to take comments.

“We haven’t considered a project or been asked to,” GBAD chair Jim C. Walker said. “If we are, we will have a formal comment period. Right now it is a bit premature as there is nothing on the table formally.”

Michael spoke to BoiseDev outside the meeting.

He says he and his group have major concerns about the project – including the tax impact and fit of the stadium for the neighborhood.

“It is absolutely the wrong project for that space,” he said. “We’ve got neighborhoods, the best parks, the best Greenbelt. The (neighborhood is)redeveloping privately. It doesn’t need a redevelopment process to do it.”

Michael was joined by several Boise community leaders – including former Idaho Stampede owner Bill Ilett. Ilett’s experience with the Stampede gives him a unique outlook on minor league sports projects. Ilett was the managing investor in the Stampede before selling it to the Utah Jazz – which ultimately moved the team to Salt Lake.

“Major league sports make money and has a huge economic impact,” he said. But on the other hand: “Minor league does not – whether it’s baseball or hockey or basketball – it’s a non-revenue producer. The owners of these teams do a public service to the community. The return on investment is zero.”

He also says community interest isn’t what stadium backers make it out to be.

“The interest from the communities is basically zero. Take this area of 600,000 people: there are probably 3,000 that might have a sincere interest in (baseball, hockey or soccer),” he said.

Michael notes stadium backers point out that the Americana property is already off the tax rolls since it is owned by non-profit St. Luke’s Health System. But St. Luke’s is moving those people to the Washington Group Plaza, which would come off the tax rolls – leading to a net decrease in property tax collections.

“The City of Hartford is headed for bankruptcy,” he said. “People really need to do their homework.”

Hartford is mulling a chapter nine bankruptcy after it ran into problems with nearly half its parcels carrying tax exempt status, according to Fox News.

“You make these decisions in isolation and pretty soon you have a problem,” Michael said. “We’ve got most of Boise paying no property taxes. Who is going to pay for fire and police protection?”

The Idaho Statesman reported in 2016 that 54% of land in Ada County does not contribute property taxes of any kind.

READ MORE:
How would a stadium be paid for?

Ilett, who owns property near the proposed stadium as well as a stake in the Inn at 500 Capitol says he is concerned about a model that would have the GBAD group commit hotel tax revenues for a stadium.

“Baseball or soccer isn’t going to put more heads in beds. Why should they tap hotel money?”

He thinks the project’s developers – Greenstone Properties – should try to make the project work without tax dollars – just like the Idaho Steelheads did with CenturyLink Arena.

“Build it and see if they can make it an economic return – but don’t rely on public money,” Ilett said. ” There are too many things we need to do with that money (for all residents).”

Michael hopes people will take a close look at any deal before it is pushed through.

“We love Boise. Do your homework. See what they’re doing. We think it is absolutely the wrong place for a baseball stadium.” Packaging a narrative: Inside the Boise Stadium push

A new Hawks stadium at the fairgrounds? Developer makes his pitch to Ada Co. Commissioners