New renderings filed with the City of Boise show what a new St. Luke’s campus on the west side of downtown near the Boise River could look like if approved and built: 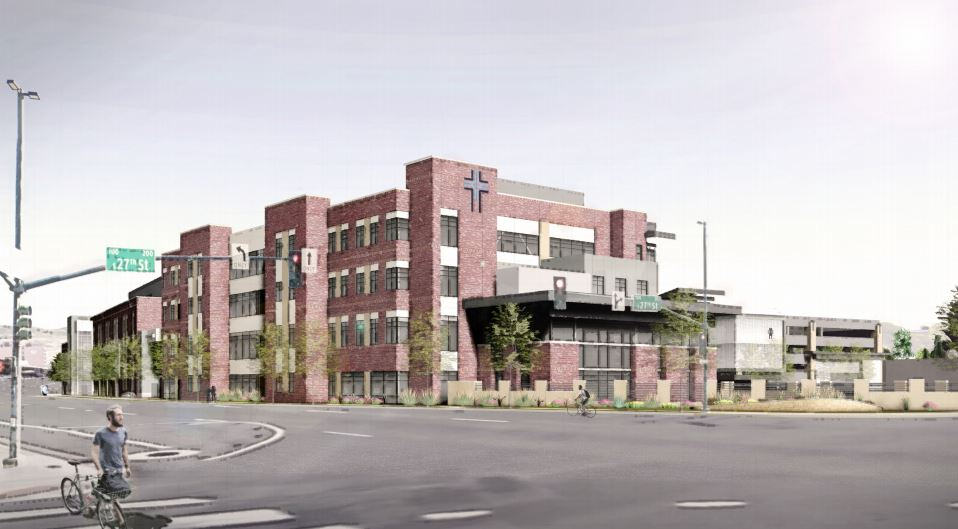 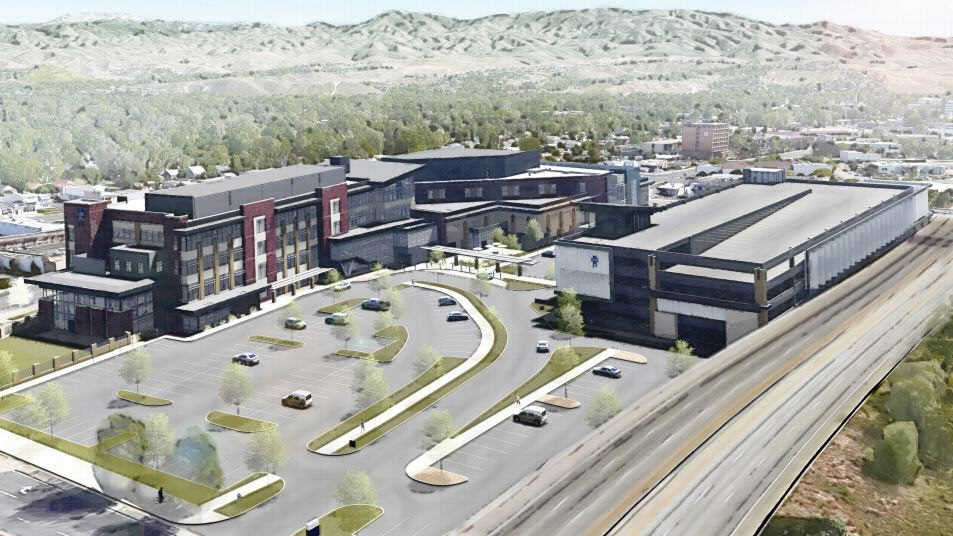 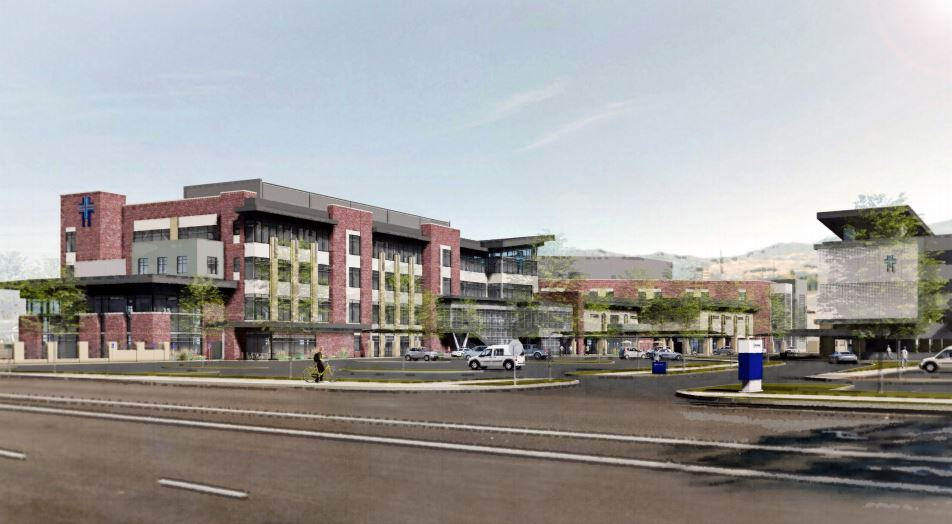 While St. Luke’s Health System works on a total revamp of its historic downtown campus on Bannock St., it has another hospital in Downtown Boise in the works.

SLHS filed a conditional use permit application with the City of Boise for two buildings at 2619 W. Fairview Ave. – a hospital structure and a parking garage.

The hospital building would be four stories high according to renderings, with a five-story parking garage.

The current dirt lot near 27th Street once housed the Thirftway Home Center and was part of the bustling Fairview Ave. corridor before the completion of the Broadway-Chinden Connector changed traffic patterns in the area 25 years ago this month, leading to decline. This site shouldn’t be confused with the nearby Americana & Shoreline location that is a possible future home for a Boise ballpark.

The 27th & Fairview hospital building would have the standard St. Luke’s brick, bronze and stucco look. The garage would have space to park more than 700 cars and 68 bicycles – nearly two-thirds more vehicle spaces than is required by the City of Boise.

St. Luke’s says it hasn’t yet made a final decision on the project, but communications manager Anita Kissee said the health system is “in the midst of the next Planning and Zoning steps, which includes filing a conditional use permit. ”

The CUP notes the location could support outpatient clinic space and a “short-stay inpatient facility with complementary imaging and surgical services.” Orthopedic specialty services are also likely to be in the mix, according to SLHS officials. Nearly 4,000 square feet of permeable athletic turf is also planned for the site.

St. Luke’s changes course on unfinished hospital along Boise Connector that was set to open in 2020