Should The Cabin stay — or should it move? That’s the top issue city leaders are grappling with after a round of public feedback over the future of the Boise Public Library campus in Downtown Boise.

The City sought feedback through a series of open house meetings, on the City of Boise website and through a community engagement platform.

In all, more than 600 people left feedback.

Using a sentiment analysis tool, the City said 56% left “good” comments, while 28% left comments said to be “negative” – with 16% being deemed “neutral.”

Among those who listed a concern, 47% were worried about the relocation of The Cabin, while 33% saw parking as an issue. Twenty-six percent said the overall project budget was a problem in their mind.

Should The Cabin stay – or go?

The Cabin literary center is housed in a building near the current library built by the Civilian Conservation Corp in 1940 to mark 50 years of Idaho Statehood. It served as the offices of the State Forestry division under 1990. The City of Boise acquired it in 1992 and entered into a 30-year lease with the City in 1996.

The current plan for the campus as outlined by architect Moshe Safdie would call for the removal of The Cabin building along the river.

“We’ve been a partner with the cabin for a long time,” City of Boise Spokesperson Mike Journee said. “They’ve been an amazing tenant. We greatly value what they bring to our community. The proximity to the library has been an amazing part of what they do. So that’s something that we are taking into consideration as we are moving forward.”

But Journee said they also want to construct a standout library campus that meets the goals outlined for the project –
including integrating the new building with the Boise River.

“We are just as deeply committed to building a 21st-century library that meets all those goals,” he said.

The library project team is working on two separate tracks after the feedback.

The first is to evaluate keeping the Cabin where it is.

“After hearing public comments about the cabin, we are going to take another look at what it would mean if the cabin would stay on site,” Journee said.

“Based on the feedback, we’ve started talking to the design team about ‘what would we do if The Cabin stays’,”City of Boise Facilities Program Manager Rob Bousfield said.

They are trying to determine if keeping the building is a small adjustment to the plan – or a larger tweak that would increase the design budget.

It also could have implications for the literary center if it stays in place.

“What does it mean for (their) program?,”  said. “If they are both on the same site, how do they handle program areas… drop off parking – trash pickup and other mechanics.”

The City also more fully explained their vision of where to relocate the building if that route is chosen.

The building could be moved to a site in Julia Davis Park near the new 5th Street pedestrian path near the Idaho Black History Museum.  It would feature a small parking lot and outdoor program areas, with the building itself oriented toward the path.

Bousfield said Cabin leaders were open to the idea of the new site.

City leaders say removing the Cabin was a design decision made by Safdie in the process of designing the building and meeting the goals set forth.

“When you have a genius like Moshe Safdie, you let genius do what he want to do and we go from there,” Journee said. “That’s why we are having these open houses – that’s why we are doing this second round. All of those things are part of a process.”

The library campus team said they gave Safdie a blank slate when it came to the area that included the Idaho Anne Frank Human Rights Memorial and the Cabin.

Safdie’s initial design preserves much of the Frank Memorial. The team pointed out that moving a building is a more straight-forward process than trying to relocate what is primarily a landscaping feature.

Preservation Idaho is asking its members to take action to help preserve the building.

“We think the Memorial and the Cabin are both Boise landmarks and, as preservationists, we are strongly opposed to moving the historic cabin. National Register Listing means something and recognizes the importance of the Cabin to the history of Boise and the State,” the alert said.

Where will patrons park?

For the first time, City of Boise officials are explaining in greater detail how parking for the new and expanded library would work.

They are working with the Wilcomb family, which owns the warehouse building that is currently home to the Foothills School.

said the school leases space in the building and has been exploring options for a permanent site that they would own.

Additionally, he said the Wilcomb family has been looking at redeveloping the warehouse site when the timing is right.

“The concept is they redevelop their site, with mixed-use… include some parking,”  said – explaining the City of Boise could then buy 250-300 spaces in the garage in a condo agreement. “CCDC would provide support, but the city would own and operate that garage. Our thinking is that we’d operate it as a public garage.”

Some additional accessible parking would be found on City of Boise-owned ground across 8th Street near a warehouse building occupied by Biomark.

If the development plan with Wilcomb doesn’t come together, the project would likely have to be extensively reevaluated to find a way to include parking within the existing campus footprint,  said.

Where are the funds coming from?

The full project, including the purchase of the parking decks, is expected to cost $80-million to $85-million.

Birds, glass and the sun

In the BoiseDev Facebook forum, several folks wanted to understand how the large glass curtain wall facing toward the south would interact with birds – as well as how it would handle the heat from the sun.

“Libraries are typically faced north-south,” Boise Public Library Executive Director Kevin Booe said. “With all the new glazing technologies and UV blockages, as well as visors, we don’t think it will be an issue. It’s a lot of glass, but at the same time engineering standards have improved.”

The exterior design concepts will be refined and interior renderings completed. Another round of public feedback is expected as well as more open houses in coming months.

Once the design is completed, the schematic design phase will start. If everything progresses as hoped by those involved with the project, groundbreaking could start next fall with an opening sometime in 2021 or 2022. 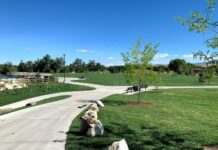 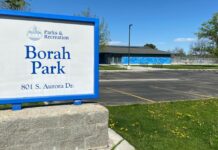 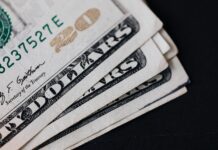 Idaho local governments will get millions from latest COVID package. It’s unknown how they will spend it