Part of Boise’s east Downtown will soon transform from a neighborhood filled with older homes to one that serves the infrastructure needs of a growing regional medical center. The work is part of St. Luke’s Health System’s ongoing revamp of its main Boise campus.

The first volley of seven older homes will be saved and moved to other sites. Crews have already begun work to remove some of the houses from their foundations and place them on rigs that will allow them to be pulled up and loaded on to trucks for transport

In their place, the medical center will add a large parking garage, shipping & receiving building and central plant.

Two of the houses will move to new sites on the St. Luke’s Health Campus near the Pioneer Cemetery as first reported by BoiseDev last year.

The first building to move will be a duplex at Second St. and State St.  The building has been up on steel supports for several weeks, and crews are waiting on the go-ahead from Idaho Power to begin the move.

It is slated for a new site on Manor Dr. on the Boise Bench near Vista Ave.

The work is being performed by Reclaimed Structures, a Boise company which is working to locate sites in older Boise neighborhoods for the homes.

“We are taking these buildings back to their original intention,” Logan Patten with Reclaimed Structures explained. “Our intent is to modernize the houses and preserve their historic value and charm.”

Once the houses are moved and refurbished, they will be offered for sale.

Hospital officials say the process to move the homes it calls ‘historically interesting’ is a result of community feedback.

“Through public hearings, preservation research and an architectural survey, St. Luke’s, along with all of those partners, found that while none of these homes were historically significant, they were considered ‘historically
interesting,’ and we committed to preserving them,” SLHS Community Relations Director Theresa McLeod said. “This collaborative preservation effort allowed us to identify a relocation strategy that will help honor the original intent of the homes, and what a surprise to be able to find new homes for not just the six homes we originally planned to save, but at least one more.”

Another ten homes could be relocated instead of facing a wrecking ball if Reclaimed Structures can “find locations, get the permits required, schedule the moves,” according to SLHS Public Relations Manager Anita Kissée.

First round of homes to move: 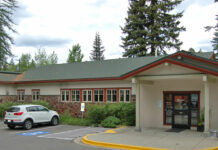 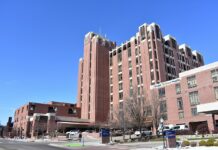 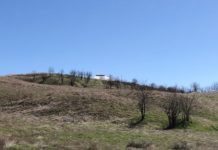