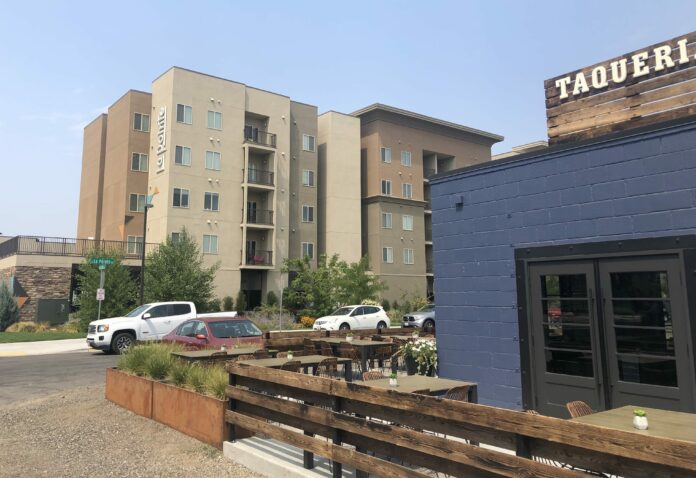 Part 1: Gateway East to bring ‘urban renewal’ to hoped-for industrial area
Part 2: State Street could see new transit corridor with aid from CCDC
Part 3: Up on the Bench: Update on the process to expand urban renewal outside of downtown
Part 4: Update on the Shoreline district now that a stadium isn’t happening

A ballpark won’t be built at American Blvd. and Shoreline St. in Boise. But an urban renewal district that would have surrounded it is still on the drawing board.

The Capital City Development Corporation is at work on a new urban renewal area that would surround the Boise River on both sides from the I-184 Connector to Capitol Blvd. It would include areas currently in two other CCDC districts – as well as new parcels in the Lusk District.

That Boise neighborhood has seen rapid development in recent years. Once a forgotten patch of land at the edge of Ann Morrison Park that housed a jumbled mix of industrial, retail and residential uses (and perhaps best known as the longtime home of Jim’s Appliance and Furniture), the neighborhood has undergone a metamorphisis

Several new apartment complexes focused on housing students for Boise State University have blossomed, as well as a number of services to support them, including bars, restaurants and coffee shops.

A deal between Boise State University and an unnamed developer is in the works to trade land the school owns in the area in exchange for cash and development of a separate baseball facility on Beacon Street.

Now, the city’s redevelopment agency hopes to bring its toolkit of urban renewal programs to the area – and in the process capture increases in taxable property value.

Privately, some have expressed concern to BoiseDev that the Lusk St. neighborhood is being included in the Shoreline district to help fund improvements that would have supported the stadium. Vanishing Boise raised criticism of the proposal with a June post which noted Lusk has just one “dirt lot.”

But CCDC and the City of Boise said they think they can bring value to Lusk regardless of how it might be perceived.

The redevelopment agency’s project manager for Shoreline is Shellan Rodriguez. She says landowners she has talked to welcome the new district.

“(They are) concerned that we are not moving quickly enough,” she said. “I do think it has a lot to do with how much experience a landowner has with development for how they feel about development. A lot of folks like basic services and infrastructure to their property wether it’s with urban renewal or not. (The) are pretty anxious to see some public-private partnerships. I think some of it has to do with how educated folks are with.”

“We think in everything we do we anticipate some form of pushback,” he said. “It becomes incumbent on CCDC and the city to show what these tools can do for everyone, whether it is affordable housing or infrastructure.”

“It’s hard to create value in an area that has no parking or sidewalks or stormwater infrastructure or branding or placemaking or access to fiber,” Rodriguez said.

During its monthly public meeting Monday, CCDC said it is at work on a series of improvements to 11th Street through Downtown Boise. One of the ideas is a possible pedestrian bridge at the south end of the street that could cross the Boise River and connect to the Lusk Neighborhood.

It’s projects like that the agency points to as the type it hopes to bring to Shoreline.

“With all the growth in Lusk,  there is an increased need for transportation options, especially on foot and bike,” CCDC Capital Improvements Project Manager Doug Woodruff said. “This would allow for better connections along the Greenbelt corridor there. That’s one of the things that the district sets out to accomplish.”

From here, Boise’s City Council is expected to review the plan.  The CCDC board could approve the plan at its monthly meeting in September. It could then begin to work through the City of Boise Planning and Zoning process and get approval from city council.

If everything goes as planned, the urban renewal area could be up and running by early 2019.

Here’s a look at some of the ideas CCDC has promoted for the Shoreline district: 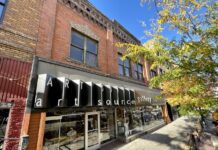 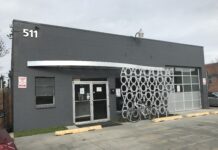 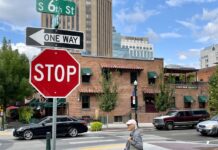