Editor’s note: This story first appeared on BoiseDev in August. We wanted to highlight it again for our members and growing audience.

Descend from the strip-malls and car-dominated Orchard St, south of Chinden where it turns into 36th, and you’ll see: Garden City is happening.

The din of construction noise echoes throughout the Surel Mitchell Live-Work-Create District, and sandwich boards advertise more to come. The Waterfront District, initially developed just as the housing market was beginning its freefall last decade, is situated right on the Boise River Greenbelt and just a two-and-a-half mile, car-free bike ride to 8th Street and the heart of downtown Boise.

On that ride you’ll notice something different from what you see on most of the Boise portion of the Greenbelt: commercial and residential development right adjacent to it.

Where Boise has taken a recreational approach to the Greenbelt, seeing it as a venue for a leisurely weekend pedal or stroll, Garden City has rightly identified its potential as a powerful economic development tool. It can deliver customers and employees to area businesses and homes at a fraction of the cost than if they were driving cars. Plus, would you rather sip your pinot grigio on the patio next to passing cyclists and pedestrians, or passing highway traffic?

At nearly any hour of the day during Boise’s patio season, establishments on the south side of the Boise River west of Main in Garden City are bustling.

A sense of creativity and willingness to try new (old) things

A new coffee shop, Push and Pour, opened in an old garage space. A local winery, Telaya Wine Co., took over an unused hotel parking lot. A seasonal surfer bar, Yardarm, pops up in the warmer months in a converted shipping container next to a food truck. 36 Oak is being developed as a “pocket neighborhood” that eschews yards for community space. Local favorite Caffé Luciano’s opened in the Waterfront District without a parking lot, but with multiple bike racks.

The “gentle density” townhouse developments happening now in Garden City evoke New York Brownstones and Washington D.C. row houses. With alley-load garages, smaller set-backs, and little to no private backyard space. They use space much more efficiently than traditional quarter-acre-lot single family housing. As a result, it costs less to live there, both in home prices, and in property taxes. Indeed, numerous new developments in Garden City offer price points below the country average.

Density has all sorts of personal and societal benefits over sprawl. Social interactions happen more frequently when you pass each other on foot and on bike instead of in climate controlled steel boxes, or run into neighbors recreating at the park instead of private yards. Who needs a time- and resource-consuming backyard when you have a park like Esther Simplot just across the bridge?

This style of development is also primed for multiplying economic benefits. More consumers close by mean more opportunities for business to set up shop, and not need a huge parking lot to do so, saving that land (and capital). Infrastructure costs less per-person when you have 12 homes per acre as opposed to 4.

That is a dynamic that doesn’t happen happen when you have reams of 80s-era zoning codes that mandate parking spaces, space-wasting set-backs, and car-necessitating separation of living, working, and shopping.

It’s Garden City’s throwback approach to mixed-use, gentle density, people-over-car-oriented development that sold us. As Boise approves more gigantic parking facilities downtown, allows fears of car congestion to derail denser development that would house a growing population, it would do well to take some notes on its little sister’s approach to growth in the Valley. 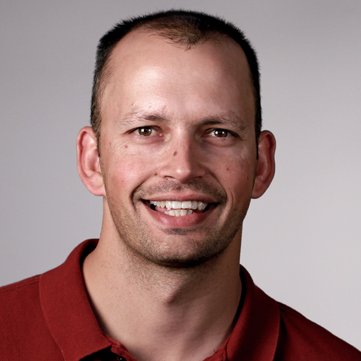 Joe Jaszewski - Special to BoiseDev
Joe Jaszewski is a Garden City resident and has lived in the Boise area for more than 15 years. He's an award-winning photographer whose work has been published in the Idaho Statesman, New York Times and dozens of other regional and national publications.

Photos: With a new future to come, aging Expo Idaho horse barns give glimpse into the past

You asked: What is going up near the Fred Meyer on Overland?