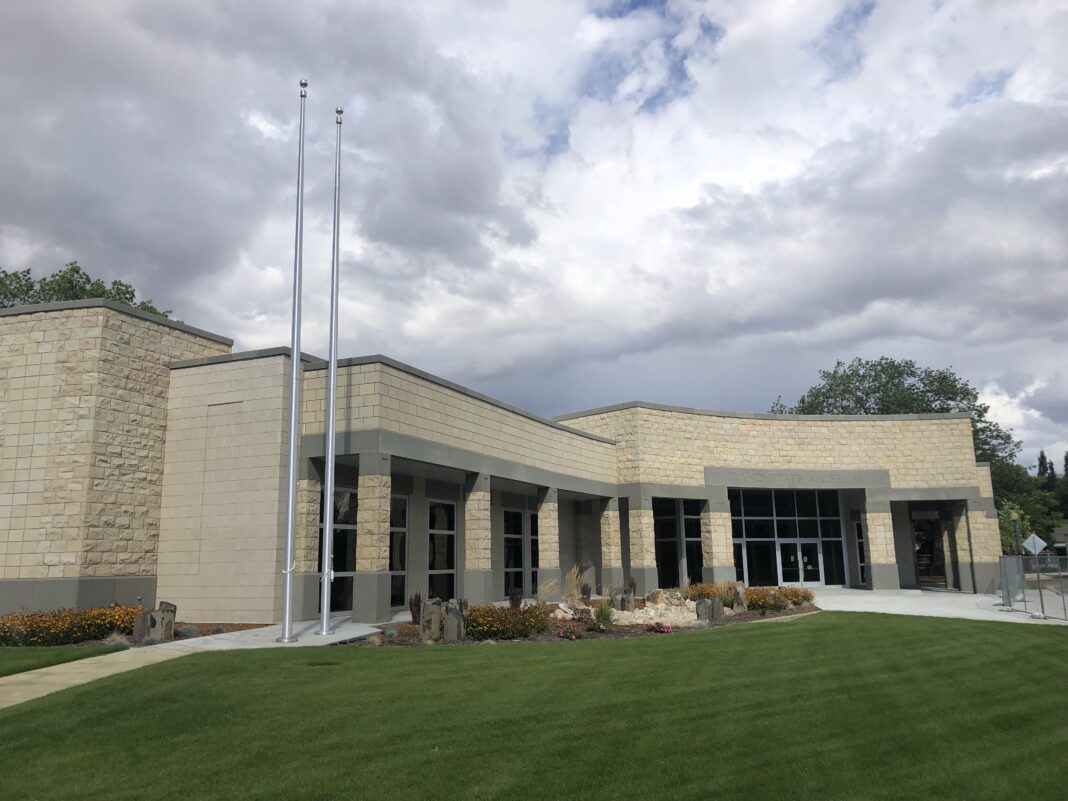 The museum has set Friday October 12th for its opening date of the $17 million overhaul of the Julia Davis Park site. The museum has been closed since 2014.

The museum is dropping the word “historical” from its name as BoiseDev first reported earlier this year and raising prices for visitors.

But museum officials hope the new experience is worth the extra cost.

“The Idaho State Museum is a complete renovation and expansion of our state’s history and its story,” executive director Janet Gallimore said. “The big ideas that we are communicating in the exhibition galleries include this idea of Idaho’s land and the uniqueness of its shape. The distance from Idaho’s top where it touches Canda and where we reach Utah is almost the same distance from New York and Chicago. That unique shape really drove the human development of our shape.”

“Land and people over time shaping each other is a key story,” she said – and noted that the museum works to convey that message through its form and design.

The facade of the original Idaho State Historical Museum on the site has been preserved through the latest renovation. “What you can see in that original facade is the original art deco style of the construction – with the green that represents the forests of the north… and the gold, of course, represents the gold that made Idaho a very sought after location in its early development,” Idaho State Historical Society Executive Director Janet Gallimore said.

A metaphorical river runs through it

“This… looks like a river… almost a metaphorical river that leads people in from the minute they walk into the building, following this pathway if you will that leads them into the galleries. This idea of water is metaphorically reflected through the museum – in the tile, in the carpets, and in the exhibits,” Gilmore said.

The store in store

“What we’ll be able to showcase in the store is products that have been made in Idaho and feature the history of our state. We are featuring the state from a geographic point-of-view,” she said.  Products that represent the five Native American Tribes, products for kids, jewelry and more will be on display and available for sale.

A room for the community

A large multi-function space that faces toward Julia Davis Park and the Boise Library will be available for community events and more.

Gilmore says it could be used for anything from gubernatorial addresses to private events to even quilt shows.

Developer Clay Carley had hoped to reclaim the dome for his revamp of the hotel – but the historical society declined the request, according to an Idaho Statesman article.

The room will have access to the back side of the museum so events can “spill out on to the lawn,” according to Gilmore – either along Capitol Blvd. or on the Julia Davis Park side.

The video shows the galleries nearing completion, but without exhibits or detailing. Each area will show a different focus of the state’s history from geographic, social, economic, agricultural and developmental perspectives.

On Facebook, posted this snapshot of the nearly-finished Oregon Trail exhibition.

Rendering of the finished product 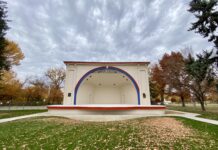 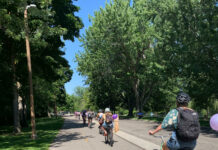 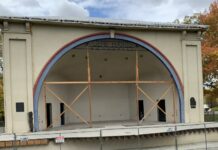