Boise Mayor Dave Bieter is set to make his annual address to the business community and citizens today at the Velma V. Morrison Center for the Performing Arts.

In a preview of his State of the City last week for the Boise Young Professionals, Bieter touched on big topics of focus, including housing, transportationand the environment.

He also hinted at a raft of big announcements to be made during the bigger address later today – but held back from saying exactly what he had planned.

Tickets will be available at the Morrison Center box office beginning at . The address starts at and will stream live on the City of Boise website.  The program will also feature performances by Boise singer Eilen Jewel and contemporary dance troupe LED.

An after party is planned in the Lusk District. Tickets are available here.

An LOT initiative for transit?

Bieter is hopeful that two initiatives on the November ballot will pass statewide, and provide a “pattern” for how to get a local option tax measure on the ballot in two years.

Right now, state law does not allow for citizens of a municipality or area to vote themselves a sales tax increase – except in resort spots like Ketchum/Sun Valley.

With a conservative legislature, it’s unlikely that will change.

“Well for 40 years, local governments have gone to the legislature to ask for the ability to raise funds locally – to go to the citizens and … and for almost 40 years they’ve refused to do that.”

But Bieter hopes by taking the idea straight to the voters, a local option could bloom – and allow Treasure Valley citizens to raise their own taxes to fund tranportation.

Bieter says he has seen statewide polling that shows more than 60% support for the local option – and he has heard from counterparts in areas like Twin Falls and Pocatello that support is strong there too.

Speaking to the group of 19 BYP members, he said mobility is more and more important.

“Mobility is what you need. You want to get around. You want to spend your money on other things,” he said. “We all imagine a public transportation system is efficient and fast. When I think that I see trains… I’m a train guy.”

One topic on many minds is the Boise Sports Park proposal. Greenstone Properties abruptly pulled out of a deal to build a stadium near the Boise River – vaguely saying it would switch focus to Boise’s West End.

A site hasn’t yet been announced, though a mostly empty patch of land that also has a US Bank Branch and Integra Telecom at 27th and Fairview is a prime suspect.

“It’s been a windy road to this project,” Bieter said. “Chris Schoen is the owner of the Boise Hawks. He is working on in the west end of Boise. There are some real advantages. There is more property, it has better access and it’s more prominent. The mix of uses we want to see around the ballpark easier to facilitate there.”

Cities to pick up the slack

Bieter lamented changes at the state and federal level – and said it puts more burden on cities around the country.

“The future belongs to problem solvers,” he said. “As the federal and state governments have shrunk, it falls to the locals – and not just the government – to fill the breach.”

He said it will take a mix of government, philanthropy and business leaders to help solve future problems

“It’s important to make good on what we’ve promised to do.” 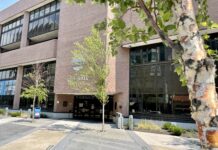 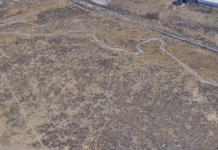 Nearly 1-million sq. ft. of industrial warehouse planned near I-84 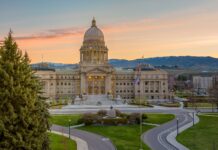