If you’ve walked around Downtown Boise this summer, you may have noticed many buildings sporting brand new awnings over the sidewalk.

Several of the projects have been funded at least in part by public funds from the Capital City Development Corporation, including:

In each case, CCDC granted the owners of the building dollars to fund at least part of the awning project through the agency’s Type I Participation Program. The idea is to provide an amenity that serve the greater public – by extending over the public right-of-way and providing shelter from snow and ice.

But during a late August meeting, CCDC board member (as well as city councilor and developer) Scot Ludwig spurred a nearly 45-minute discussion about what he described as ‘free awnings,’ when the board was set to vote to approve an awning project for the Adelman Building at Capitol Blvd. and Idaho St.

“It certainly would beautify Capitol Blvd., but this building owner is also competing with other private building owners for office space,” Ludwig said, referring to building owner Alturas Capital.“I think in this economy having free awnings, for lack of a better word, that we are paying for – needs to be looked at.”

Ludwig said he was concerned that this particular request isn’t part of a larger current remodeling project, and he felt like much of the awnings covered stairwells, building entrances and restaurant patios.

CCDC staff member Laura Williamson emphasized that the project met the requirements of the Type I project, including 75% of them covering public right-of-way.

The Adelmann awnings were ultimately approved by the board at the behest of Maryanne Jordan who noted it was a ‘fairness issue,’ and that the agency should not change in mid-stream. She did spur discussion that directed staff to look at the parameters for similar projects in the future.

“I think it’s definitely worth revisiting, because, we have to adjust our strategies and tactics depending on what our needs are,” board memberBen Quintana said. “There’s been like an awning snowball effect – there’s been a lot of these coming forward.”

Quintana said he is excited about the look of the new awnings around the downtown Boise area, but wants to ensure the program meets future needs.

“It will serve a good public purpose, and it completes the comfort and safety for pedestrians walking from Bar Gernika to Waffle Me Up,” he said, emphasizing that his team is ready to reevaluate how the Type I agreements are used in the future. “Message received by staff. It’s welcome and we are eager to do that and we welcome that.”

Staff will come back to the board on the issue at a meeting in November, Williams tells BoiseDev. 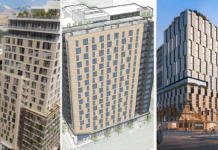 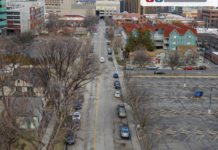 What will Boise’s Grove St. look like? City considers makeover near Basque Block 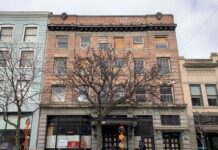