Another fall season at the Farmstead Festival is in the books, and next year the mix of nostalgic farm activities will not return to the site at Eagle Rd. and Interstate 84.

The Farmstead will continue next year – but in a different location, according to co-owner Hillary Lowe.

“We’re not quite ready to announce (the new location) yet,” she said. “We feel like we need to get all our ducks in a row first. We encourage people to sign up for our email newsletter and follow us on Facebook for the announcement.”

The large 52-acre site will be developed by Ball Ventures Ahlquist starting this spring – including a previously announced regional facility for Idaho Central Credit Union and more under the name Eagle View Plaza.

“We are very excited about this property, how many times have you heard ‘I wonder what’s going to go there‘” BVA principal Tommy Ahlquist told BoiseDev. “It’s got such great visibility, proximities to the airport and to downtown.”

ICCU will own about twelve acres, while BVA has purchased the remaining 40 acres.  The office building anchored by ICCU is expected to start sprouting up this spring, as well as a possible hotel.

The first building will have about 127,000 square feet of office space over five floors, anchored by ICCU and with other tenants not yet announced. The hotel will have about 160 rooms, but the brand hasn’t yet nailed down.

At full buildout, Ahlquist envisions retail, multi-family housing medical offices. He said they are working to lock down the full site configuration.

Ahlquist has been involved with the site on and off for decades – once planning a large big box-style development for the site ” in the era before Amazon” changed retail dynamics in the Treasure Valley and around the country.  Idaho Elks Rehab purchased the property in 1997 and owned it until earlier this year when ICCU bought the site. The credit union then sold the 40-acre parcel to Ahlquist’s firm.

“It’s an interesting site because I have so much personal history with it, and the options are somewhat limitless,” Ahlquist said. “We are being careful with how we use the site and how we bring it to its highest and best use.”

The development will be accessed via a new four-lane road connecting to Overland Rd.  The site is already zoned commercial.

“Where else can you go that you have easy access to Downtown Boise and the airport, visibility and surface parking,” Ahlquist said. “There is a very large niche for that user.” 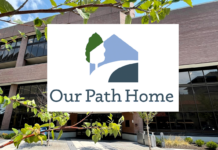 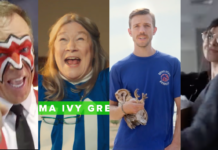 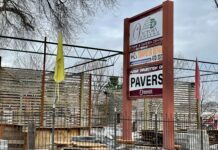 You Asked: Where did Victory Greens nursery go & what’s going up in its place?