For 30 years, the Discovery Center of Idaho has mixed up a concotion of learning, fun and hands-on exploration for Idahoans of all ages in its home in Julia Davis Park. Now the science museum is taking a big step as it plans for the future.

“We are bursting at the seams,” DCI Executive Director Eric Miller said. “We need to expand to accommodate our visitors and our members.”

With years of planning, the effort to upgrade and expand the museum took its first concrete step last month when the Boise City Council approved a resolution that allows for the expansion of the current building into green space to the west of the building. DCI will buy a dirt lot nearby that will be donated back to the city for added green space.

Plans with the City show a two-story expansion along Myrtle St. with upgraded outdoor space behind.  Eventually, Miller said they would look to replace part or all of the existing building.

This is just the first step in a multi-year journey. Miller said he hopes the first phase will happen in the next five or so years.

“The biggest thing for us is to identify where we going to be – we weren’t sure if we were going to be in Boise or even in Julia Davis Park. So that’s a huge first step.”

“The city owns the building that the Discovery Center is in and its success in serving the needs of the community is beneficial to all partners, including citizens,” City of Boise Parks and Recreation Director Doug Holloway said. “DCI approached the city with its expansion plan and needed space to accommodate it. (T) council approved of the agreement, which will allow DCI to grow its offerings with the space needed to accommodate that.”

“We are thrilled to remain in the park, it’s such a wonderful location for us,” Miller said. “The support of the city has been fantastic. They are pulling for us and we think that it will be a benefit for the center and the community.”

Miller said the growth of the museum on many different fronts is driving the move to start on expansion. In the past five years, the number of members has doubled.

“The community has grown, and we haven’t kept up in terms of the size of our building. We are falling behind in meeting the demands of the community.”

The Center’s popular Adult Night is such a big draw, it is now held on multiple evenings, and the January and February events are sold out.

Another key factor is the ability to host more and more complex traveling exhibits like the Bodies Human exhibition opening December 14th. There is more Miller and his staff would like to do, but can’t currently.

“They not only take up more room, but they need specific environmental controls we can’t meet. Programs that include things like mummies or artifacts aren’t available to us because our building doesn’t meet the constraints.”

In addition to buying the gravel lot and plotting out a strategic plan, the Center will start identifying folks who can help fund the expansion.

“It really helps us talk to funders about where we are going to be. The Capital Campaign will not kick off for a couple years now in earnest. We’re the only hands-on science center in the State of Idaho, and it’s a unique opportunity (for donors).”

The Center reconfigured the existing building to allow traveling exhibitions to have a dedicated space. That gives visitors a chance to visit the traditional Discovery Center exhibits or opt-in to the current special feature.

“We are doing a lot of experimenting,” Miller said. “I’m looking at our current building to help shape what we will do in the future.”

He said it’s an exciting time for DCI.

“I’ve been in the industry 20 years, and working in Boise four years. This is not just a science center, but one based more or less on the Exploratorium is exciting to me. It’s that basic science content, and to see something sprout from that that is bigger and better than it used to be is really exciting for me.” 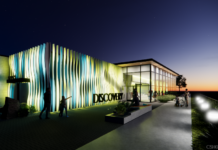 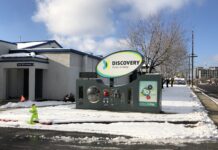 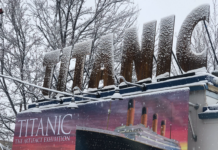