The Cartee mixed-use apartment project took another step forward this week as developer Local Construct seeks design review approval from the City of Boise for the project.

The building would be eight stories tall at 4th St. and Broad St. in Downtown Boise, just a block away from Local Construct’s recently-completed Fowler building.

Here’s what the plans submitted to the City of Boise call for:

The top half the building forms a Z pattern.

“Cartee’s housing levels are broken down in scale with the use of a distinctive ‘Z’ massing. The design intent is to create a varied street experience with a strong presence at site corners that pulls back mid-block to express a lower, more pedestrian scale building,” the architect wrote in a letter asking for design review approval.

The breakdown of how units will be priced is not part of the public filing.

CLARIFICATION: The City of Boise is sunsetting its downtown housing incentive program. An earlier version of this story noted the project could be eligible. 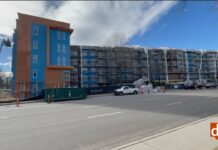 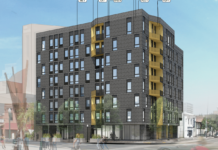 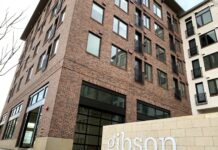