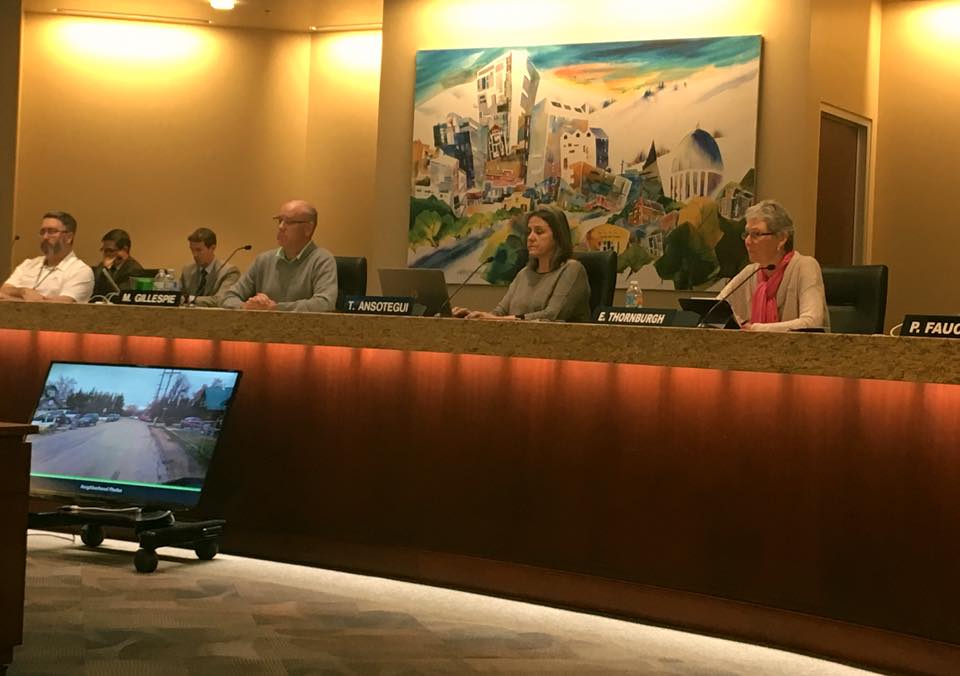 He owns a law firm. He serves on Boise City Council. He serves as a CCDC commissioner.

And he hopes to develop a pair of tall buildings in Downtown Boise. (Read here for details on the proposal).

Since BoiseDev first reported the plan early this year, Ludwig has encountered some bumps in the road. KTVB’s Morgan Boydston reported a story on ethical concerns raised about Ludwig’s tri-role as developer, CCDC commissioner and city councilor. The nascent Vanishing Boise group organized against the project.

Now, the Planning and Zoning commission has denied Ludwig’s application for the project.

After a number of community members testified against various elements of the proposal, P&Z moved quickly to block the development.

Commission member Jennifer Stevens moved to deny the application. While she said she is excited about enthusiasm and glad there are developers with the resources to do projects – she had large concerns.

She referenced the city’s vision for 5th Street as a pedestrian corridor, and felt the parking structure Ludwig included was a problem.

“I’m really concerned with major access via a ramp, you blow that opportunity out of the water,” she said. “You make it much harder to access one of our city’s best resources best amenities of Julia Davis Park.”

Stevens said the area “needs parking, no question about it,” but felt this location and the way it was integrated into the development were not appropriate.

Commissioners also felt the buildings were too tall for the area and denied the needed waiver.

The motion to deny the project was approved 5-1.

Ludwig can appeal the decision.  His colleagues on Boise City Council would be the body to hear that appeal – with Ludwig presumably recusing himself.