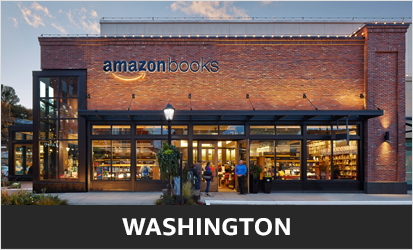 The Village at MeridIan is set to get another high-profile tenant: Amazon Books.

The mega-corporation’s physical bookstore is in the permitting phase for a location next to Anthropologie, the former home of Paperie + Pen (which moved elsewhere in the center).

According to plans for the outlet obtained by BoiseDev, the new store will feature books, electronic devices,  and a variety of general merchandise. The 4,172 square foot space will also offer several reading areas, a magazine rack and a spot for kids. Taller bookshelves would ring the space with general merchandise in the middle. A magazine area is also planned.

While the layout sounds pretty standard, the Amazon Books concept differs from a traditional bookstore in a few key ways. The stores are stocked according to Amazon’s vast data capabilities according to the Washington Post. Books are stocked based upon local preferences and reader habits.

All book covers face forward instead of some with just spines visible. At a recently-opened store in Washington, DC, the store features no prices. Instead, tags by each book show reviews and star ratings. Customers are encouraged to use the Amazon app or handheld scanners to find out what an item costs.

The Village at Meridian store would be one of Amazon’s first wave of stores. Thirteen are currently open with five more announced.

The Boise metro area is by far the smallest location among open or formally announced Amazon Books locations – joining stores in areas like NYC, LA, Silicon Valley, Seattle and the like. A store in Meridian could give Amazon the ability to test a smaller market just a stone’s throw (and quick flight) from its headquarters in Seattle.

Amazon has been rapidly increasing its physical retail presence since opening the first Amazon Books location in Seattle in 2015. It recently opened a cashierless convenience store to the public after extensive testing in the Seattle area, and purchased Whole Foods and its 470+ stores last year.