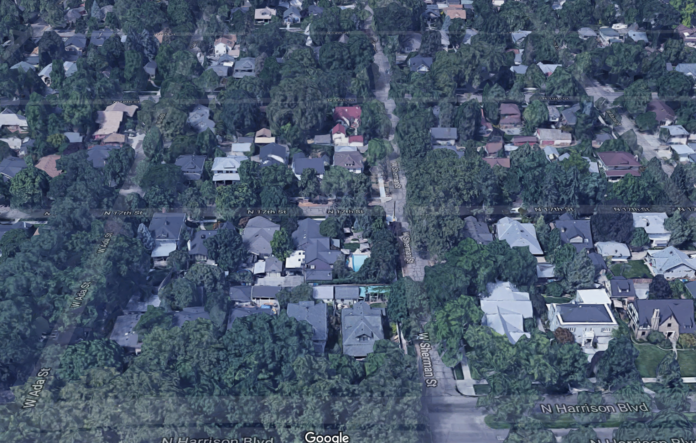 FeaturesInfrastructure
The City of Boise is working to tweak a number of its rules around development – mostly in neighborhoods.

The proposals have some people fired up, and attracted disapproving letters from the North End Neighborhood Association, among others.

The City made a number of adjustments to the proposal and provided additional information to allay some of NENA’s concerns.

City leaders say the changes are small, and designed to tighten some requirements and ease others.

Right now, according to city spokesperson Mike Journee, folks who own a piece of land can apply to split it into four pieces and skip the long and complicated subdivision process. Instead, they

“If I own a piece of property, no matter how big it is right now, I can divide it into four pieces of property and develop them separately,” Journee said. “I can do so without going through the (process) that we require for a subdivision plat – things like setbacks, roadways and other infrastructure are challenging in that scenario.”

Cody Riddle, Current Planning Manager with te City of Boise says this change gives them the ability to put more scrutiny on these applications.

“(This gives) us more discretion to deny them and go through the public hearing process,” he said. “They may meet black and white dimensional standards, but we’d like to go through the planning and zoning process.”

Another change would impact who gets notified when a homeowner wants to make a so-called administrative change to their home.  Currently, every neighbor within 300 foot must be notified and a neighborhood meeting must be held – even for changes like the addition of a kitchen or room add-on.  The new proposal would rework the process.

Instead of a neighborhood meeting, residents would be required to get written consent from every landowner who has property that touches theirs – as well as notify the neighborhood association for their part of town.

“99% of the time it’s just the adjacent landowners that care or get involved anyway,” he said.

Riddle says these administrative variances are small in scope – for some residential projects and “very few commercial projects.”

If a landowner can’t get written consent from every neighbor, they must still hold a neighborhood meeting for every landowner within 300 feet.

Planners have also proposed to adjust the rules around second homes – or “accessory dwelling units.”  Current City code limits these types of buildings to 600 square feet and a single bedroom – or ten percent of the land area of a parcel.

The proposal would increase the size limit of an ADU to 700 square feet (but still limited to one bedroom).

Here’s how the City justifies the change in documents filed online:

“The Planning Team finds ADUs to be a good affordable housing option within the City that allows new living units to be established within developed areas of the City with existing facilities. Additionally, many ADUs are used by City residents to provide housing for relatives who need assistance or who are looking for an affordable housing option. As the property owner is required to live on site, ADUs generally provide a well-controlled form of rental housing.”

You can read the full rationale for the changes here.

None of the proposed changes affect zoning code or rezoning. They also don’t impact most commercial projects or conditional use permits.

NEWS ANALYSIS‘The Bay Area is broken.'That's the headline atop a San Jose Mercury News story on the need for affordable...
Read more
Infrastructure

Growth continues to ramp up all across the Treasure Valley. While Boise, Meridian and even Nampa get a lot of...
Read more
Public Facility