Deteriorating Depot Hill traffic circle mosaic to be torn up

In just five short years, a piece of artwork has become a landmark on the Boise Bench.

Artists Anna Webb and Reham Aarti worked together to install a mosaic with more than 300,000 tiles in a traffic calming circle near the Boise Depot throughout the fall of 2013.

Now, the tile mosaic is set to be torn out and replaced with a plain brick traffic circle.

The piece, known formally as Infernum Bestiae, took months to install. Now, after several years, the artwork has to go, according to City of Boise officials.  The reason? Damage.

“We are experiencing a loss of tiles and deterioration of the tiles,” Jennifer Yribar with the City of Boise said. “Everyone was very proud of this artwork and still are. The loss of tiles is due to a number of factors – including the weather and heavy construction and emergency vehicles going over the roundabout.”

Yribar said contraction in the concrete under the mosaic and fissures in the substrate has also led to some of the tiles popping off the piece.

Artists Webb and Aarti wouldn’t comment on the record about the plan to remove the artwork, but a public records request filed by BoiseDev showed Aarti has asked to reclaim one or more of the tiles.

The city said she would have to get approval from the Ada County Highway District.

ACHD spokesperson Nicole Dubois says her agency is OK with the salvage job. 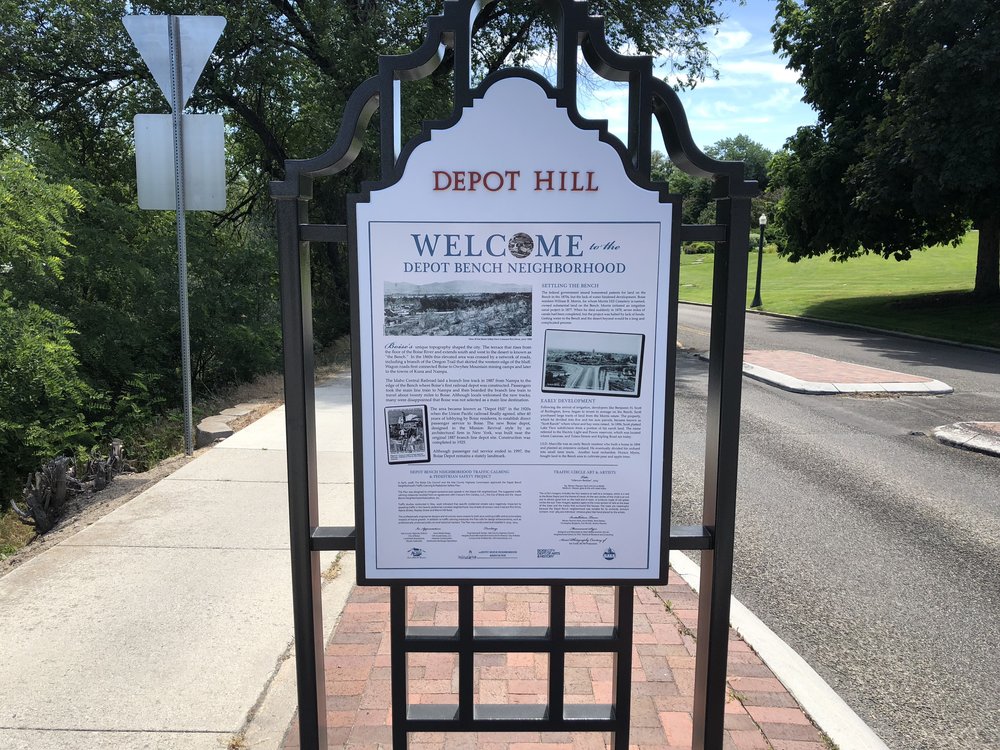 “The artist is welcome to salvage the mosaic,” she said. “I know she has been in contact with our traffic department, but do not know the timeline of when/if she plans to do this.”

But city officials say they’ve only approved the removal of a single tile that had “sentimental value about her father,” Yribar said.  The city says it still owns the artwork, and Boise City Council hasn’t approved removing more than a single tile.

“Following Council approval of the deaccession, a window of time may be identified by the City of Boise and ACHD for the artist to salvage material, but we need to wait until the artwork is officially deaccessioned,” she said. “We will inform Reham of this course of action.”

“Obviously this was expected to last longer,” he said. “We are taking this as a learning experience – probably in hindsight we wouldn’t have moved forward knowing the challenges, and are hoping to move forward with better practices moving forward.”

The city and neighborhood association say they are working together for a new piece of art in the area to make up for the soon to be demolished roundabout piece.

The city and DBNA are working together for a replacement project in another location.

“A number of months ago, three representatives from the Arts and History Department attended our board meeting to inform us about the likely removal of the art in the roundabout and also took initial input on new proposals,” Visser said. “Since then we have been in communication about concepts and intend to work with the city within their normal guidelines to go about a new replacement art installation.”

“We still have to work with the neighborhood association to locate a site for the artwork, to identify the theme for the artwork and the type of materials that will be used,” she said. “We will probably be going out with a call later this summer or early this fall.”

For generations, Betty has been an icon of the Boise Bench