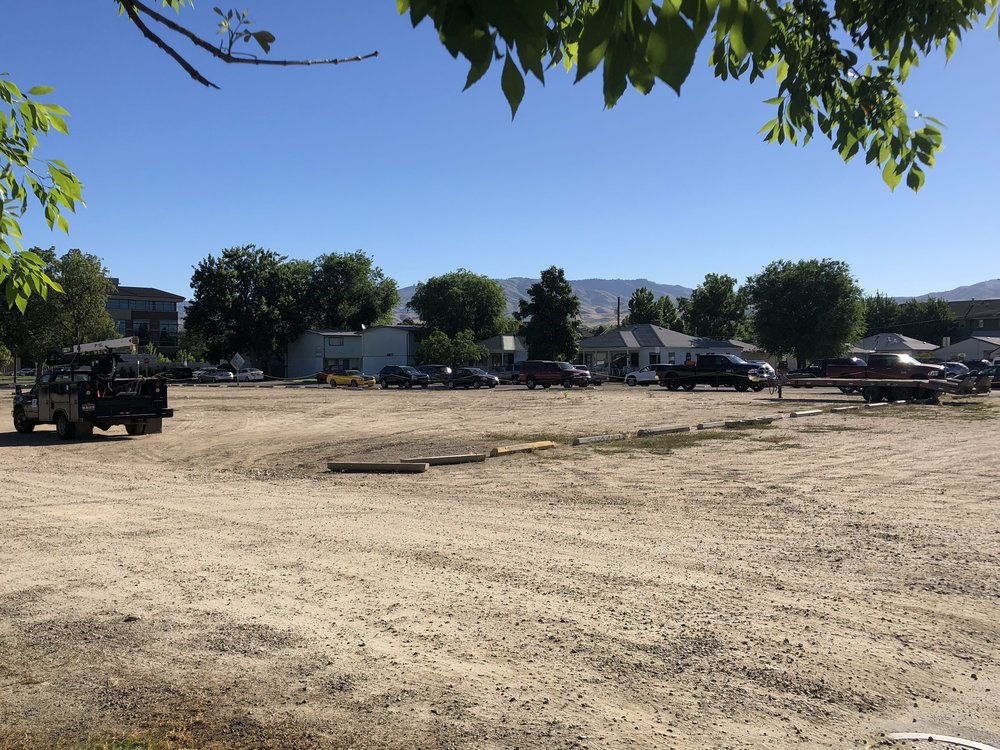 BoiseDev has obtained the first plan for a new baseball stadium on the Boise State University campus.

The site plan shows a field being constructed on Beacon Street between Euclid Ave. and Denver Ave.

The Idaho State Board of Education approved up to $500,000 in funds for initial design and planning for the new field during a meeting in Idaho Falls last month. 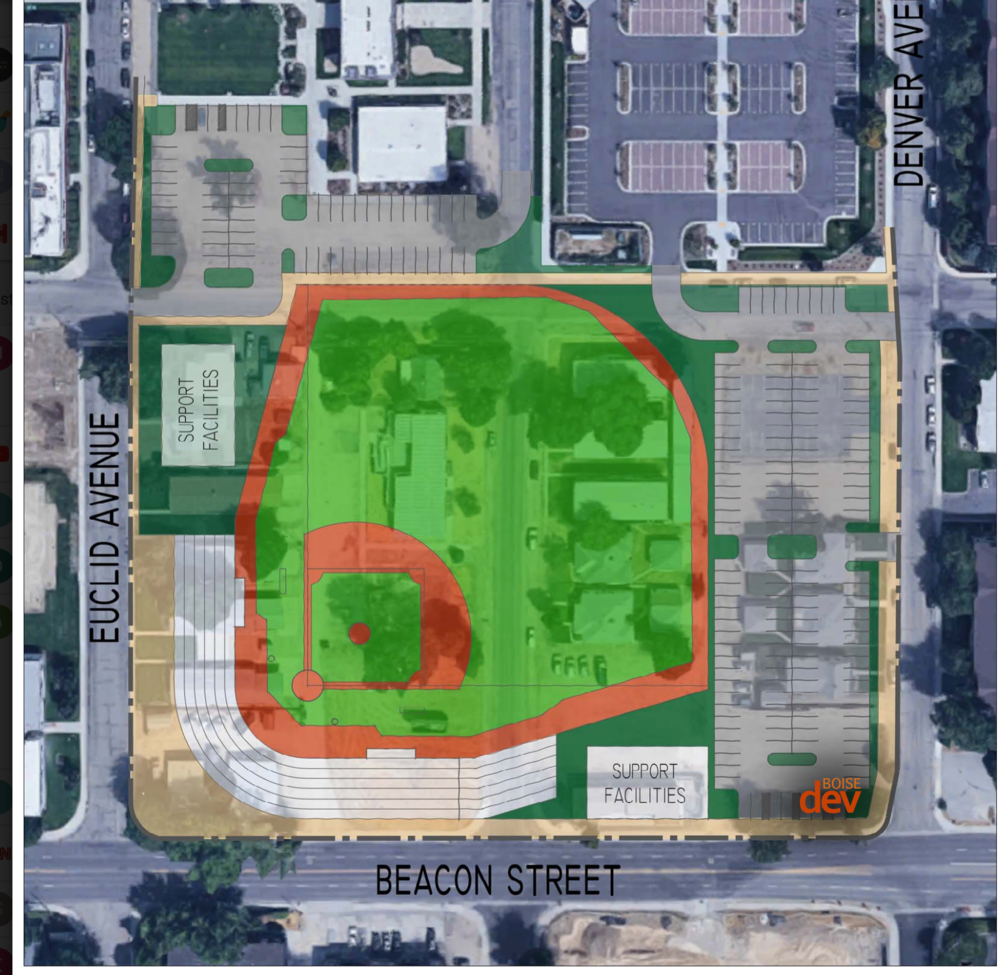 According to documents filed with that SBOE approval, the complex would include an artificial turf field, plus team dugouts, bleacher seating, press box, restrooms, a perimeter fence or wall plus netting. The site plan also shows room to park about 200 cars.

The school told the State Board of Education the first phase of the ballpark would cost $8 million to $10 million.

In a recording of the Boise State Legends podcast with Idaho Press Boise State beat writer BJ Rains in May, outgoing Boise State president Bob Kustra said the plan is just the first phase, and additional facilities like locker rooms and upgraded dugouts could be on the horizon.

The turf for the field could be blue, an idea promoted by coach Gary Van Tol. Kustra told Rains the idea isn’t out of the possibility – though the site plan shows a traditional green outfield.

To pay for the first phase, the school said it would “convey two parcels of land in the Lusk District of Boise to a developer plus approximately $3.5 million in cash in exchange for development of the field and associated spaces.” The document did not say which parcels or who the developer is.

The Lusk Street neighborhood is quickly redeveloping with a spate of student apartment complexes and other businesses. According to property records, the Idaho State Board of Education owns two parcels in the area, the site of a former ITT Technical Institute campus and a parking lot at the corner of Capitol Blvd. and Royal Blvd.

In the Idaho Press podcast, Kustra teased the development arrangement.

“We have just agreed on a plan with a developer to build that stadium,” Kustra told Rains. “We have a very attractive way of dealing with this, that one might argue that doesn’t place… a huge burden on athletics.”

Due to the upcoming holiday, Boise State communications officials were not available for comment.

To make way for the field, about a dozen buildings would have to be razed. The school owns the most but not all of the parcels that would make up the new facility.

To complete the project as envisioned, Grant Ave. between Beacon St. and Belmont St. would close, as well as Belmont St. as well between Euclid and Denver.

“There was a lot of calculation on where that field would be with the sun and everything,” Kustra told Rains. “I think it’s a great location. I think it’s going to be an integral part of our athletic facilities. It’s only three blocks from the football stadium.”

No baseball, but Boise State looks at options for ballpark site

Home remodeled on HGTV show for sale near Downtown Boise