With the new Fowler apartment project done in downtown Boise, it left a dark, mostly-bare wall on its backside, facing busy Myrtle St.

Now that large brown wall is being turned into a canvass for one of the largest murals in Idaho history. 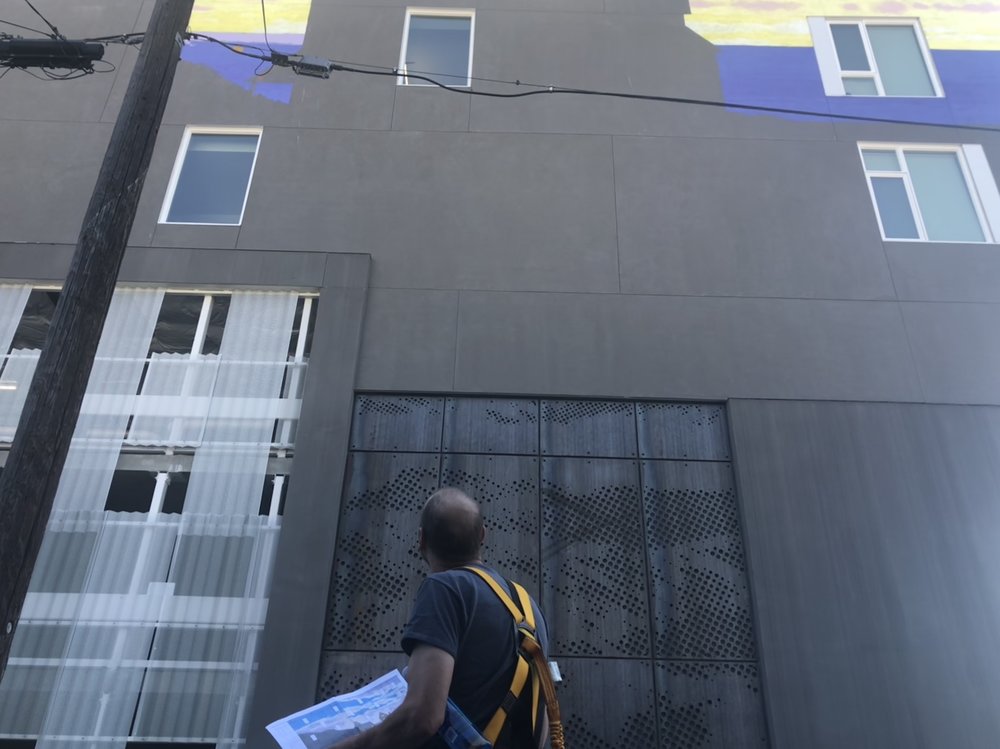 Lewis studies his plan and the building surface he is rendering it on. Photo: Don Day/BoiseDev

David Carmack Lewis is at work on a huge installation that will be more than four stories tall and roughly 103 feet across – with brilliant blues, yellows and pinks mixing in with the building’s existing deep chocolate color.

Developer LocalConstruct first worked with Lewis on the art project at its Watercolor project in west downtown. It hired the Portland native back for another project.

The final project will be a dramatic addition to the Central Addition portion of Downtown Boise.

He says he was inspired by the historic Fowler house which once stood on the site and gave the building its name.

“I was just scrubbing down a few ideas,” Lewis said during a break Monday. Very early on the developer said ‘we’d like to have some connection to the neighborhood’.”

LocalConstruct’s director of construction Patrick Boel had an idea.

“He forwarded me a couple pictures of the neighborhood. I just loved the old pictures – I love the old houses.”

“We think… Lewis did a great job with the mural at the Watercooler so we were eager to work with him again on the Fowler,” Boel said. “We are excited to once again contribute to the City’s arts and culture.”

The silhouette of the house and Boise foothills will be framed by what Lewis calls a “dramatic western sky.”

“The majority of the mural is skyline that will help soften the building’s mass when viewed from Myrtle,” Boel said.

Lewis started work on Saturday and already has made dramatic progress.  He says as time goes on the work will take longer as he works on detailed areas – but expects the full mural to be done by early September.

He hopes his work will be an enduring part of Downtown Boise for decades to come.

“Nothing lasts forever, especially anything outdoors.  I would think that the mural won’t look old until the building does too.” 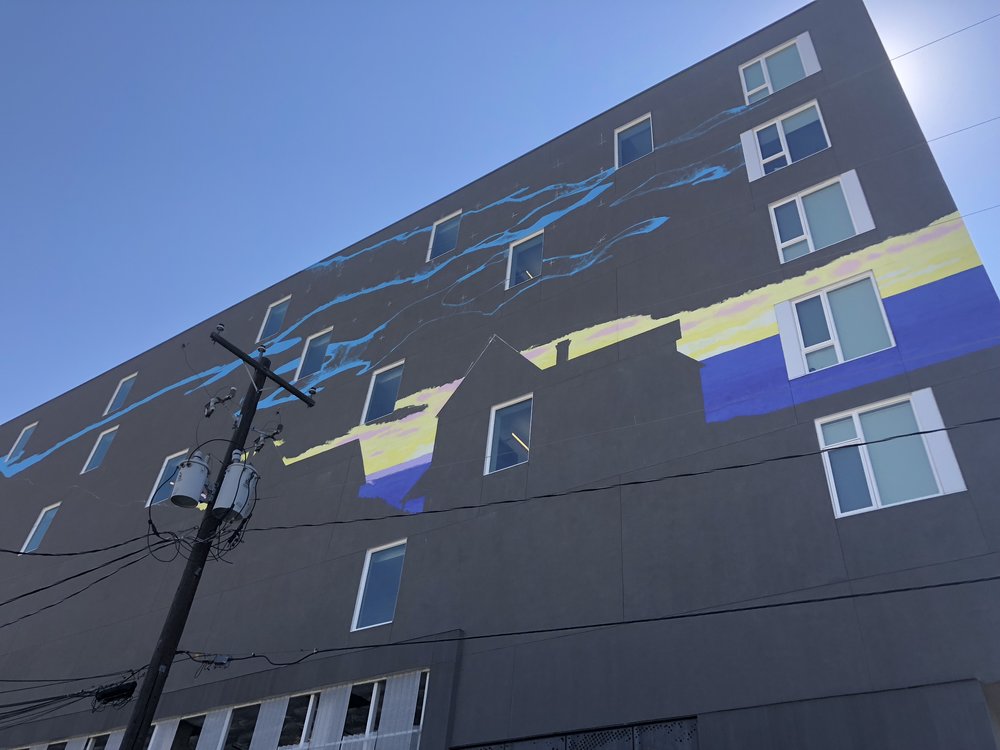