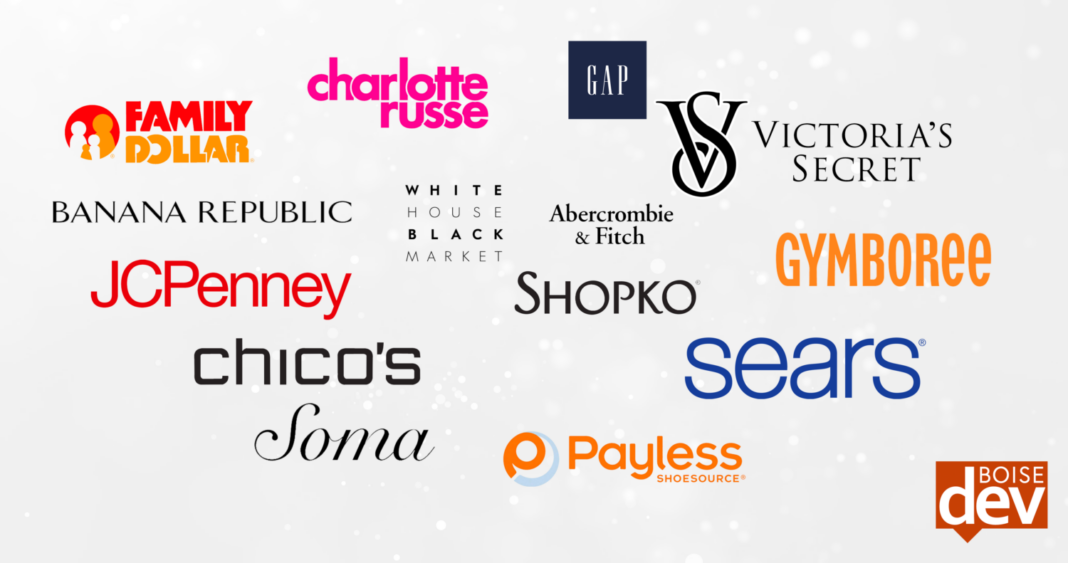 Just three months in, 2019 is proving to be a tough year for chain retail. Gap, Payless ShoeSource, Charlotte Russe, Family Dollar, Abercrombie & Fitch, Chico’s, Soma and others with Treasure Valley locations have announced closures in recent weeks. Here’s what we know about the impact on local locations.

The women’s fashion retailer initially said it would just close 94 of its 512 stores. But the bankruptcy process ended in a total liquidation. It will close all of its stores, including its Boise store in the Boise Towne Square Mall. Going out of business sales are already underway, according to CNN.

On its way out. The chain of lower-priced shoes said it would shut down all stores month. That includes four standalone locations in Boise. Payless also has store within a store” locations inside Shopko locations. But, Shopko is also in the process of liquidating its Boise outlets.

The retailer best known for its jeans and khakis said it would cut 230 Gap and Banana Republic stores nationwide. It has not yet announced which locations it would shutter. In Boise, the company operates both brands with locations in Boise Towne Square.

It says it plans to add as many as 230 Old Navy and Athleta stores nationwide, and spin Old Navy off into a separate company.

The teen- and young adult-focused retailer said it will drop about 40 stores this year. It also has not announced locations. Abercrombie also owns the brand Hollister – both of which have stores in Boise Towne Square. Hollister is moving locations in the mall so the two stores are further apart.

L Brands, owner of Victoria’s Secret, will shut down more than 50 stores, as it struggles with changing consumer preferences in the women’s intimates category. No locations yet announced. The company operates two combo VS/PINK locations – one in Boise Towne Square and another at The Village at Meridian.

Another women’s fashion mainly focused on older adults, Chico’s said it will shut the doors on 250 stores – but over the next three years. Chico’s also operates White House Black Market and Soma which will also see closures.

The general merchandise chain announced a fresh round of 19 store closures – but didn’t say where or when. It has two Treasure Valley stores – in the Boise Towne Square and in the Nampa Gateway.

Dollar Tree bought the Family Dollar chain in 2015, and is now making big changes. It will close 390 stores across the country, and will rebrand another 200 stores. Locations have not yet been detailed. In SW Idaho, there are more than a dozen Family Dollar stores. The chain operates an additional 20 Dollar Tree stores, which are not affected.

[Boise’s Sears is closed. Something new in the space? It’ll be a while]