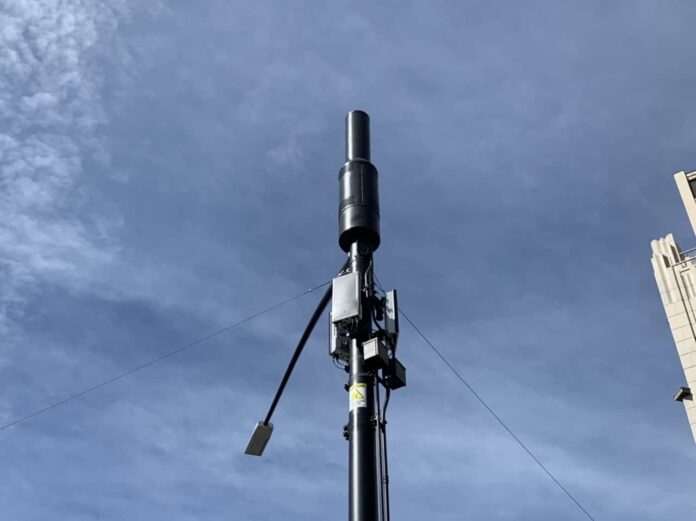 “We’re continuing to build and expand our 5G Ultra Wideband network in both large cities, like New York and Chicago, and in smaller cities like Boise, Panama City and Providence,” Kyle Malady, Verizon’s Executive Vice President and Chief Technology Officer said in a statement.
Today our customers can expect to find our 5G Ultra Wideband network in business districts and public spaces where residents gather and tourists visit, and it will expand quickly to other areas as well.”

You might have seen new lamppost-style cellular antennas popping up around the area. Earlier this year, BoiseDev reported on the installations and noted ACHD granted licenses in dozens of locations.

We asked a Verizon spokesperson to clarify the launch area beyond the news release and haven’t heard back.

5G service is significantly faster than the current 4G LTE technology widely deployed in iPhone and most Android devices. It also has lower latency, which means less wait time for data to process.

Verizon currently offers its 5G service in about 30 US cities. To use the product, customers must have a 5G-enabled device. The Samsung Galaxy S10 5G is the only one widely available.