‘Forever,’ for now: Fast fashion retailer not closing Boise store in round of cuts 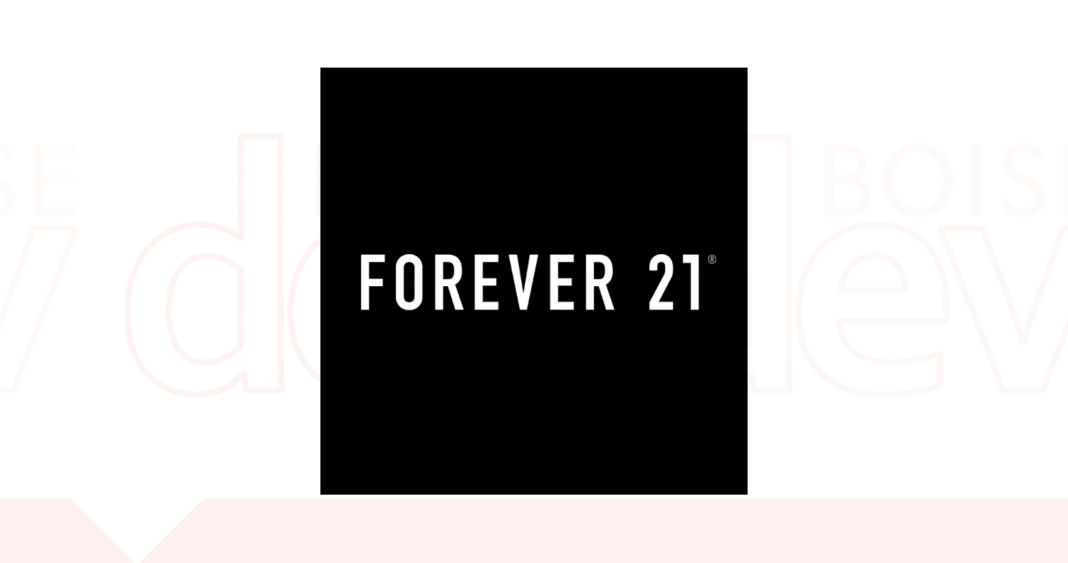 Forever 21, the fast-fashion retailer aimed at younger adults, marched into bankruptcy like dozens of other chains in the last few years.

For now, the chain will keep its large store in Boise Towne Square open. In 2008, mall managers reshuffled a number of merchants to make way for the large space on the mall’s second level. The store takes up nearly 18,000 square feet, one of the largest in the mall aside from the two-level department stores.

CNBC obtained a map of possible store closures around the country – with scores in California and other locations. Boise does not appear on the map.

The company plans to cut nearly 180 locations nationwide, according to CNBC. At the time it filed bankruptcy, Forever 21 listed 549 stores. CNBC notes that some of the targeted stores could stay open if negotiations with landlords come to a successful outcome. If all the stores listed shutdown, it would shrink the chain’s footprint by nearly a third.

The retailer stressed in a news release that the bankruptcy protection “does not mean that we are going out of business.”

Forever 21 rode a wave of ‘fast fashion’ stores which brought styles to market quickly at low prices. An analysis from Business Insider noted the store scored with Millenials, but has struggled with the next generation – the so-called ‘Generation Z.’

Like many malls around the country, Boise Towne Square continues to adjust in the face of a changing retail environment. It remains at a relatively high occupancy rate, but the large Sears anchor store that closed in January remains vacant. Mall managers walled off the Sears entrance to mask the vacancy to shoppers.

Big changes set for McCall’s airport, but no commercial service any time soon