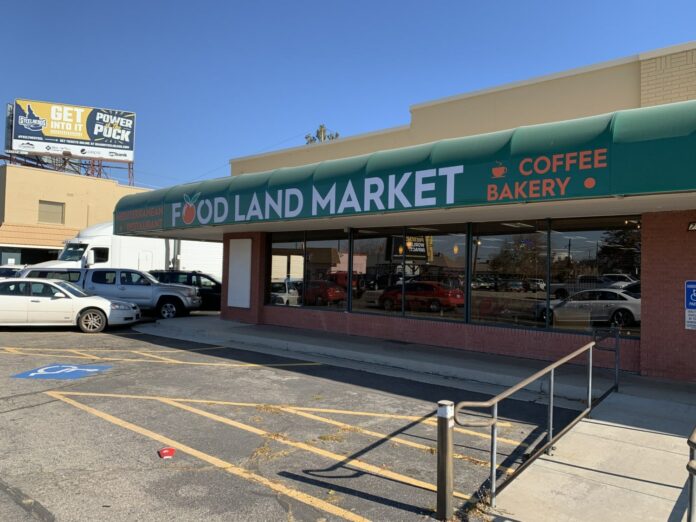 The Boise Bench has a new combination market, coffee shop and Mediterranean restaurant.

The front of the store sports a coffee bar and seating, with large windows looking out on to Orchard St.

Customers can sip Turkish Coffee and other drinks, as well as eat pastries from the in-house bakery.

The center of the store features a large variety of imported products, including teas, spices and packaged goods. A row of freezer cases lines the south wall, filled with meats, cheeses, beverages and deserts.

In the back of the store sits an in-house Mediterranean cafe. Dishes like chicken tikka, kabobs, falafel, samosas, lentil soup, salads and more provide a broad offering. They even make an Iraqi cheese from raw milk each day in house.

Food Land says it will rotate its menu seasonally.

Mutlak’s family saw tragedy strike in the summer of 2018, when police say a man stabbed nine people and killed 3-year-old Ruya Kadir at her birthday party.

Mutlak, who grew up in Baghdad, Iraq, first obtained the business license for Food Land in 2017. According to KBOI, the stabbing set back the timeline.

“We survived until we stand again and we open it,” Mutlak told KBOI.