Santa! Where to get pics with him in Boise, Meridian and Nampa this season 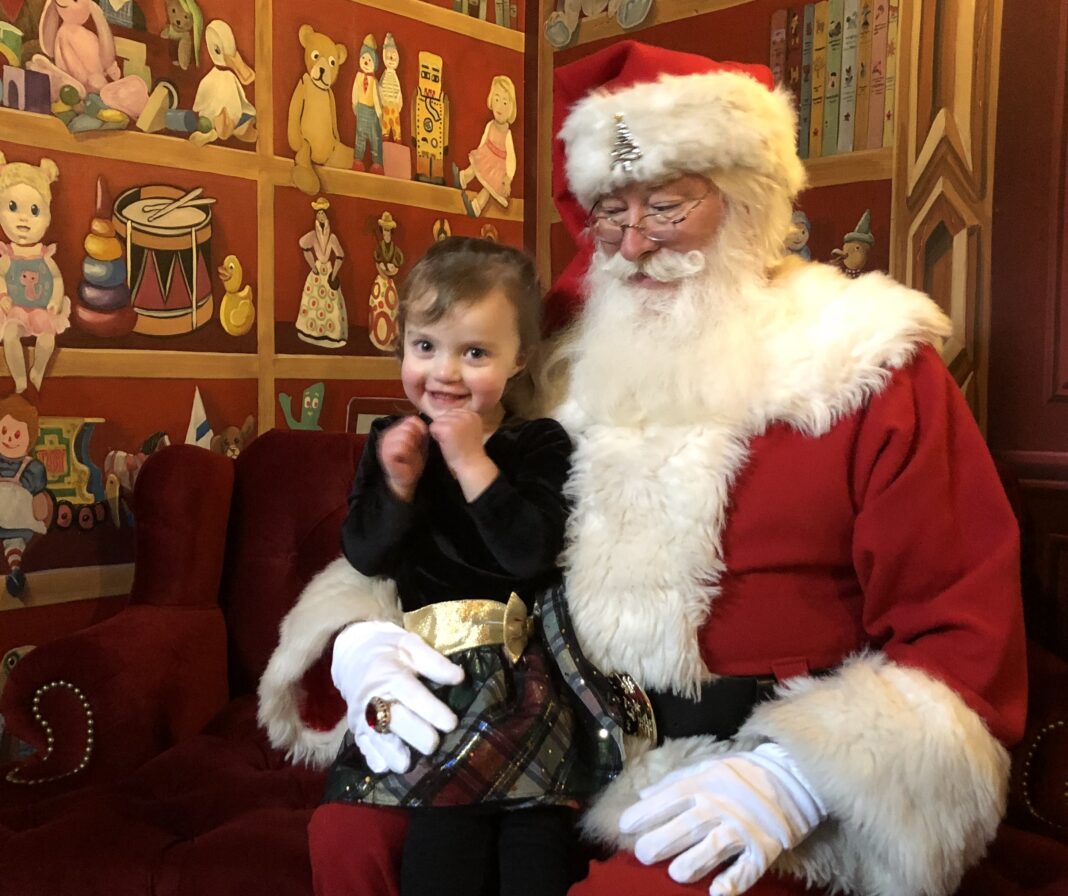 Looking for Santa Photos, Boise? How about Meridian and Nampa? Mr. Claus is prepping for his pre-Christmas visits to Boise and the Treasure Valley. Here’s where to see the big guy and get pictures with your little girls and boys (or fluffy ones).

Ever since Macy’s closed up shop after Christmas 2009, the city’s core has been without a permanent camp for Santa. But DL Evans Bank hosts him for two limited engagements during the Christmas season.

Photos with Santa are free, but donations are accepted for the Women’s & Children’s Alliance.

The 1,749-year-old Claus will spend quite a bit of time at the center court of Boise Towne Square between now and Christmas. The mall allows parents to reserve a time to cut down on line-standing time.

Claus-visiting hours from November 9 through December 14:

The mall has a variety of photo packages available for purchase.

[Mr. Potato Head once ran for mayor of Boise. He just couldn’t get a head]

The Jolly Old Elf (wait… is he an elf?) has plopped down in a custom house at the Village at Meridian in recent years, complete with a tiny ice skating rink and hourly fountain show.

This year, the man in red already started welcoming kids.

Santa sneaks off to feed the reindeer each day between 3:30 and 4pm. The line is cut off each day at 7pm, except Sundays when the line will end at 5pm.

Picture packages are also available at the Village starting at $15.95, though visits do not require a purchase. You can call the Village concierge at (208) 501-8207 for a line status update. The Village urges folks to visit earlier in the season.

The Idaho Botanical Garden will host the world’s fastest gift-giver on select nights throughout the annual festival of lights. The details aren’t public yet, but when they are you should be able to find them here.

Winter Garden aGlow starts Thanksgiving Day November 22 and runs through the end of the year.

Santa will nestle himself among the trees at this annual fundraiser for Saint Alphonsus Health System. Photos are available with a donation, though seeing Santa requires admission to the Festival at the Boise Centre.

Kids can also create a Christmas card in the North Pole Village and participate in other family-friendly activities.

Claus brings his happy smile to the Canyon County Festival of Trees throughout the annual event at the Idaho Center in Nampa.

The zoo in Julia Davis Park opens its doors to the public for free on Saturday, December 7 from 10am-5pm. Santa will pose for pictures starting at 11am, and kids can get their photo taken for a donation to benefit the zoo and its conservation programs.

Grab a putter, and a beer: New mini-golf course with beer sales proposed in Boise