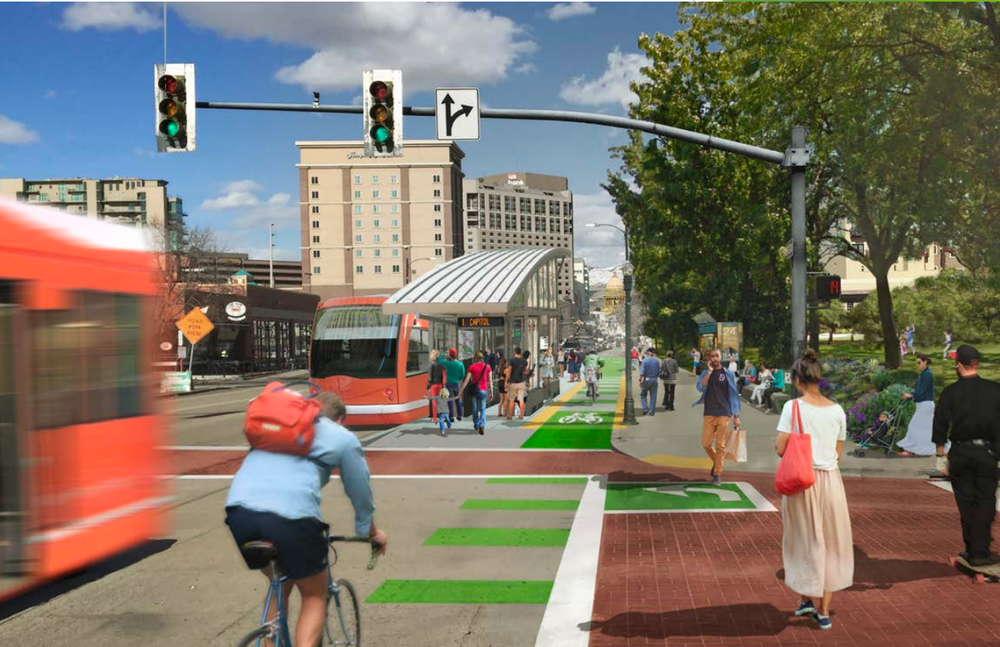 While a downtown stadium project and potential new main library project saw significant attention during the election, another major proposed capital project flew under the radar.

BoiseDev first took a Deep Dive into the project in 2016 – finding a nearly $200 million plan to build a fixed-rail streetcar in a tight loop in Downtown Boise.

“There is no clear economic or engineering answer,” Former Boise Mayor Dave Bieter wrote in documents obtained by BoiseDev. “I believe everything in this process boils down to our vision for this community. In my mind, that means we build a streetcar.”

But voters in Boise opted for a new chief vision officer for the city. And new mayor Lauren McLean thinks other ideas need to be looked at.

“I think we have an incredible opportunity, because it took so long with (the circulator) process, to look at new ways of moving people,” she said during a taping of the BoiseDev podcast. “It is so important we move people in different ways downtown, to get people out of their cars and on to the sidewalks, but make it possible to move further if they need to.”

The Capital City Development Corporation and City of Boise already started budgeting cash toward engineering for the project – more than $3 million.

McLean thinks that non-track solutions can save taxpayers money.

“I don’t think it requires necessarily the amount of money that would be invested in track,” she said. “We can save a lot of money and likely have the same outcome by looking at trackless trams and rubber wheels to move people.”

It all boils down to the pace of change, she said.

“By the time we get to the (point of building track), with the world-changing as quickly as she’s changing – I would expect a whole bunch more technological options, so I would want to explore that again.”

Grab a putter, and a beer: New mini-golf course with beer sales proposed in Boise