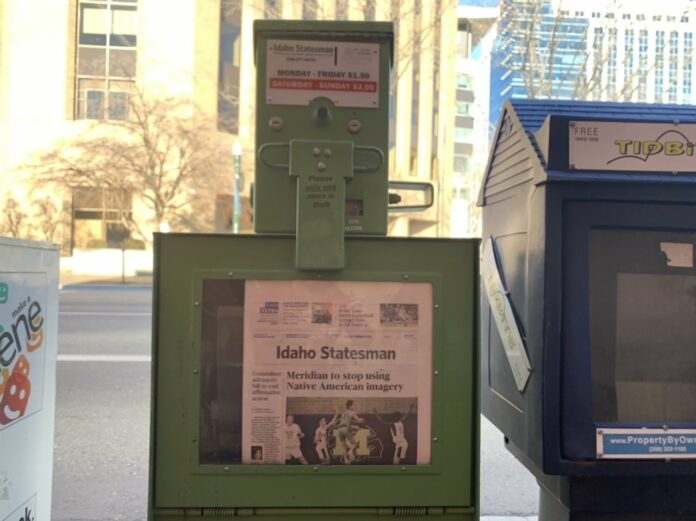 The troubled newspaper giant hopes to reorganize its significant debt load and emerge with a cleaner balance sheet to keep operating.

The company, which acquired the Statesman in 2006 when it bought Knight-Ridder, has struggled under the debt from that purchase in the 15 years since. The purchase of the larger KR chain by the smaller McClatchy Co. cost $4.5 billion, and came just before the economic downturn and an accelerated shift in advertising from traditional media to powerhouses like Google and Facebook.

The company operates 30 newsrooms around the country. It includes large publications like the Kansas City Star and Sacramento Bee, as well as smaller metro papers like the Statesman and the Bellingham Herald.

“McClatchy’s plan provides a resolution to legacy debt and pension obligations while maximizing outcomes for customers and other stakeholders,” Craig Forman, McClatchy’s president and chief executive said in a news release. “When local media suffers in the face of industry challenges, communities suffer: Polarization grows, civic connections fray and borrowing costs rise for local governments. We are moving with speed and focus to benefit all our stakeholders and our communities.”

The McClatchy family, which long controlled the chain, will hand off management to Chatham Asset Management if the reorganization plan is approved by a court. Chatham is McClatchy Co.’s largest creditor. It secured a $50 million loan to keep running the papers while it goes through Chapter 11 reorganization.

This month, the Statesman ended print delivery of its Saturday edition, billing it as a digital expansion of coverage. It also hopes to sell its large facility on Curtis Rd. in Boise. The Statesman has more aggressively courted digital subscriptions as print advertising declined industry-wide.

In Boise, the Statesman faces pressure from Adams Publishing’s Idaho Press, which expanded into Ada County in 2018. The Idaho Press saw its print distribution rise as the Statesman’s shrank, according to figures reviewed by BoiseDev from the Alliance for Audited Media.

Disclosure: BoiseDev has a content partnership with The Idaho Press.

Owner of Statesman offers editor job back, with conditions. She declined

Take a ride down Idaho’s only natural water slide