In an effort to break up its COVID-19 coverage, the Idaho Press recently asked its readers to share their opinions on something a little different, something they probably see every day but never really give a second thought to: license plates.

Specifically, Idaho’s default license plate. Red, white, blue and silhouetted by trees, Idaho’s default plate hasn’t changed since 1991. It’s currently tied as the fourth-oldest continuously issued plate in the country, and we wanted to know if Idahoans thought it was time for an upgrade. Or, as one reader comment put it, we were “really fishing the bottom of the barrel with ideas.”

Long-running debate over the Idaho plate

However, when our readers weighed in on Facebook and Twitter they were actually taking part in a 92-year-long debate that has divided Idahoans, drawn national critique and, according to some, represented a battle for the very soul of the Gem State.

“What does a horrible, boring landscape say about Idaho?” — Mario Escobar

The current design on the default plates was created as a specialty plate in preparation for the 1991 centennial celebration of Idaho becoming a state. Originally, the proceeds from the plate went to the Idaho Centennial Commission to raise funds for the celebration. But the plate ended up being such a hit, the state wanted the design as its standard plate, replacing the green and white mountain range design that had been in use since 1985.

The state now pays 50 cents per plate to use the design on the default plates, with the money going to the Idaho Heritage Trust to support historic buildings, sites, and artifacts throughout Idaho.

[I Wonder: What’s up with Centennial license plates… 27 years later?]

“Time to mix it up, we can get some good revenue for the state with them.” — Johnny Tatonka

When a state gets a new default plate, there is a bump in revenue for the state, as drivers are required to get updated plates. Apart from that, specialty plates have long been used as a creative way to raise funds around the state. In 2019, specialty plates brought in $1,645,249 to the various organizations they support.

The bestseller, by a wide margin, is the wildlife line of plates that feature either a bluebird, a trout or an elk. The plates brought in $852,485 for Idaho’s conservation efforts. According to the Idaho Fish and Wildlife Foundation, proceeds from the plate are one of the few options Idahoans have to support wildlife in Idaho, as “no state tax dollars are provided for wildlife diversity, conservation education and recreation programs.”

The specialty plate that had our readers most split, however, was Idaho’s newest offering. The Pet Friendly license plate was created after a bipartisan push in the Idaho Legislature to create a plate that could help fund spay and neuter efforts in rural Idaho. It has a decidedly more … rustic look.

“It looks like something I would draw. And I can’t draw.” — Rebecca De León

“I love the Pet Friendly plate. I love the artwork. I love that the money goes to help animals.” — Terri Peterson Hill

“I’m so disappointed that the legislature nixed the plate that would’ve said ‘Idaho is too great to hate.” — Jean Dempsey Weingartner

While the 2019 Legislature was largely in support of the Pet Friendly plate, a divisive tale of two license plates played out in 2020: A Republican-sponsored bill to create an anti-abortion plate that would raise funds for Choose Life Idaho and a Democrat-sponsored bill for a “Too Great For Hate” plate which would benefit the Idaho Anne Frank Human Rights Memorial. The Choose Life plate passed and was signed into law by Gov. Brad Little on March 4, while the Too Great for Hate plate was shot down by the House in its last vote of the session, failing 32-30.

Since Idaho required residents to have license plates in 1913, Idaho has had 60 default plate designs. Sort of. Most of those changes were minor, as from 1913 to 1968 the license plates had the year embossed on them and thus required a new “design” each year.

However, for the last 92 years, one thing hasn’t changed.

Reader comment: “If we are famous for potatoes, there’s no need to state that the potatoes are famous.”

“Would love a plate that doesn’t reference potatoes.” — Kelli Robison

Idaho was actually the first state to put a slogan on its license plate. While most states opt to put their state slogan on their plates, Idaho chose not “Esto Perpetua” but instead “Famous Potatoes,” which started appearing on default plates in 1928. If that wasn’t enough, there have been several specialty plates offered over the years that feature pictures of potatoes painted on. In 2019, the specialty plate with a baked potato on it brought in $30,980.

The slogan debate has been going on for decades. In 1979, the Idaho Statesman asked its readers to write in with their thoughts on what the slogan should be. The top submissions were to be presented to a panel of judges (including then Gov. John Evans) and then put to a poll in the Statesman to suggest to the state. Among the submissions were “Mom, Flag, and Potato Pie,” “Sons of Birchers” and “Potatoes will set you free.”

Some residents, The Washington Post wrote in its story about the contest, were concerned that a better slogan might “give Idaho too favorable an image and attract more people to the state” and so they came up with suggestions meant to deter people. These included “The Tick Fever State” and “Rattlesnake Country.”

After searching through several archives, the Idaho Press was unable to find out what happened with the poll. But, as “Famous Potatoes” remains on the license plate, it is safe to assume it failed to change officials’ minds.

Frank Muir, president and CEO of the Idaho Potato Commission, sure is sick of hearing Idahoans besmirch the potato’s good name. When asked to comment on the fact that in our reader survey, the majority of comments were against the “Famous Potatoes” slogan, Muir was only too happy to weigh in.

“Idaho potatoes represent $5-6 billion in total revenue to the state,” Muir explained. “I’ve traveled to 30 different countries and as soon as I say I’m from Idaho, people always say, ‘Oh! Potatoes!” And the key is this: they always say it with a smile. They connect potatoes in a good way, in a positive way, to the state.”

The pushback against Famous Potatoes, Muir hypothesizes, is tied to Idahoans’ urge to move away from its agricultural roots. But that’s easier said than done. Because almost everything in Idaho, he says, comes back to potatoes.

Take Micron Technology Inc. for example, one of Idaho’s other claims to fame. Started in 1978 as a computer storage producer, the small company received a boost in funding from Idaho entrepreneur J. R. Simplot, who founded a multibillion-dollar company rooted in growing and selling potatoes to McDonald’s, along with other agricultural enterprises. Simplot also helped fund Brundage Ski Resort, along with dozens of museums, libraries, colleges and even the Idaho Steelheads Hockey team.

“People forget what he did for this city, for this state,” Muir said. “But it’s all potato money.”

“Idaho is not just a state, it’s a brand,” Muir said. “And that brand means quality. … When we ask consumers what the first word that comes to mind when they hear ‘Idaho potatoes,’ by far the number one answer is quality. And Idahoans should be proud of that. What state would not die for their brand to be known as quality?”

“So be brave,” Muir said. “Order the license plate that has the baked potato on it.”

Regardless of how people might feel about the design, it’s going to be around for awhile. In March 2020, Gov. Little signed into law legislation that now gives Idahoans 10 years before they have to buy new plates. This means that, at the very minimum, the red, white and blue default plate will be around until 2034. 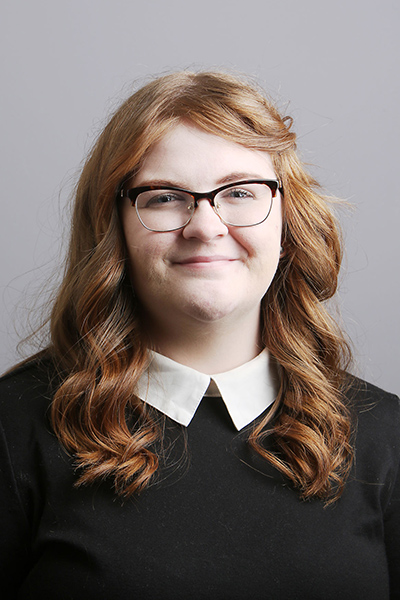 Idaho takes action against crypto firm, which it says has $60-million of Idahoans’ money locked up