By: Tommy Simmons - Special to BoiseDev

For only the third time in roughly four decades, voters can choose between a Democrat and a Republican in the race for the position of Ada County Prosecutor.

Former Boise County Prosecutor Ron Twilegar has emerged as the Democratic challenger to Republican incumbent Jan Bennetts on this year’s general election ballot. Twilegar won the 2008 election for Boise County prosecutor, although he was investigated by the Idaho Office of Attorney General because he technically lived in Ada County. However, he was found to qualify for the general election and he won it, so he served as the county’s prosecutor.

Bennetts took up the mantle of Ada County prosecutor following Greg Bower’s retirement in 2014. She ran unopposed in the 2016 election and won another term in office.

Twilegar worked as an attorney in the Attorney General’s Office before he was elected to serve in the Idaho Legislature from 1975 to 1982. He departed the Statehouse to sit on the Boise City Council, beginning in 1982. In 2008, voters elected him to be the Boise County prosecutor, a job he held until he resigned to run for Ada County prosecutor in 2012. Bower defeated him in that race.

“A prosecutor has to start with good judgment, and that means not every crime needs to be prosecuted,” Twilegar said.

He cited the example of county prosecutors charging three men in recent years for transporting hemp through Ada County. At the time, it was illegal to transport the substance across the state, and Bennetts’ office charged the men with transporting marijuana. Hemp contains trace amounts of THC. It does not produce a high, though, and has industrial uses.

Twilegar zeroed in on the decision to charge all three men with felonies. He said he felt prosecutors could have filed misdemeanors against them instead.

The decision to follow through with the charges generated bipartisan denouncement, and eventually yielded a petition to drop the charges, which gathered more than 13,000 signatures. Three lawmakers — a Democrat and two Republicans — delivered that petition to Bennett’s office in person.

In an email to the Idaho Press, Bennetts defended her office’s charging decisions.

“Prosecutors are called on to exercise our discretion daily,” she wrote on Sunday. “We do so through the exercise of our best judgment, based on the facts, law and circumstances of each case as well as by our ethical obligations and our legal and professional standards. We are continually examining and evaluating our approach to each case and to each kind of case. The misdemeanor resolutions in the cases to which you refer accounted for two cases of the over 21,300 matters my office handled in 2019 alone, civil and criminal, including numerous homicides and countless crimes of violence. We have handled each one with care and will continue to do so.”

Neither Twilegar nor Bennetts took a hard stance when asked if they would try to reform cash bail, a major talking point in discussions about criminal justice reform in recent years. Twilegar said he would seek the opinions of experienced criminal lawyers who work for the county, and Bennetts wrote she feels cash bail makes the county safer.

“A deep dive into bail reform and states that have implemented it reveals that it can actually lead to a significant increase in crime, putting the public at risk,” Bennetts wrote. “Recent local data suggests that release on bail is better at protecting the community because it encourages compliance with release conditions, for example, a judge’s order precluding contact with a crime victim. There is certainly much ongoing study and evaluation in this area, which I review on a regular basis. More work needs to be done before implementing changes that will put the public at risk.”

Twilegar said he would be open to supporting legislation that might reform the criminal justice system. {span}{span}Bennetts said “criminal justice reform” was a broad term with different meanings, but said she was “always willing to review legislation and provide input on the potential positive or negative impacts on public safety.”{/span}{/span}

“I am always willing to work with law enforcement partners to support legislation aimed at making Ada County a safer place to live and work,” she wrote. “We are currently evaluating the upcoming session to determine our priorities.”

Asked why voters should choose him over Bennetts, Twilegar said he would provide “leadership and good judgment.”

In response to the same question, Bennetts touted her experience working with victims and personally handling a broad range of cases.

“I am deeply committed to keeping our community safe, giving victims a voice and serving with the dedicated women and men in my office who are tireless in representing and serving our community in both criminal prosecutions and in the civil division where we represent Ada County elected officials and departments,” Bennetts wrote. 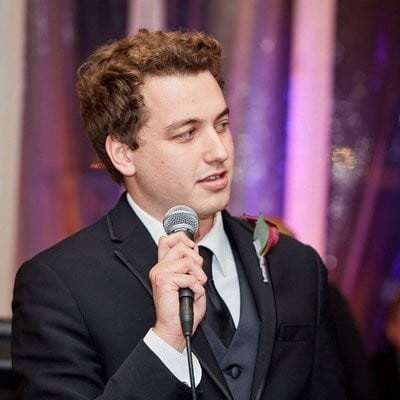 Special prosecutor to look into process of Labrador appointment to CDH, new candidates to be named