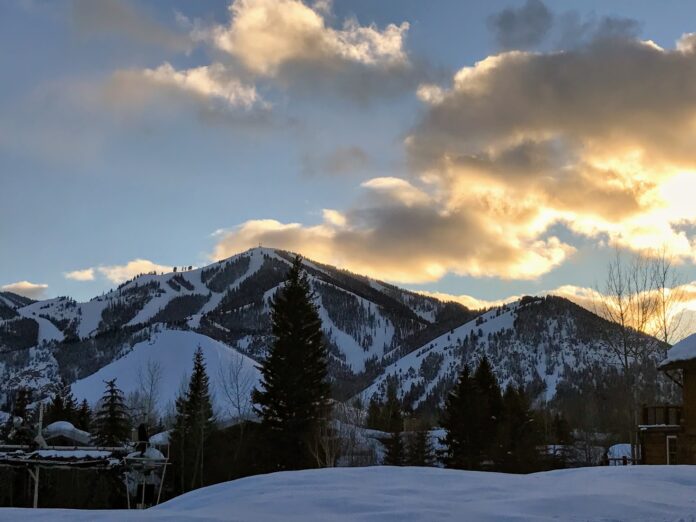 Eight years ago Jennifer Franklin and her family were living in Iowa and realized they missed mountain life. So, they began looking at places like Colorado and Wyoming, but those areas were not affordable.

Not long into her mountain home search, Franklin received an email from a realtor about Hailey, Idaho.

Today, housing prices continue to get more expensive, but back then, Franklin found a three-bedroom rental for $750 per month.

[Local home prices are rising fast. Median income is not]

Though rent was significantly lower then it is now, Franklin and her family lived on a tight budget.

“The income that we were earning in the Hailey area wasn’t very great at the time,” she said. “My ex-husband works in a nice position and he also ski instructs, but he’s a man. What I’ve found is that men in the Wood River Valley on average can make probably like $7 to $10 more per hour.”

With service industry jobs dominating the market, those are the positions Franklin ended up applying for.

With a college degree, she made $12 an hour and had to work three to five jobs on average to afford to live in Hailey. She was still living paycheck to paycheck.

“That’s not living,” she said.

This rings true for many people, as there is a huge wage divide in the Wood River Valley. The Economic Policy Institute reported that Blaine is the most unequal county in Idaho. With the top 1% making 46.8 times more than the bottom 99%. The average income for the top is $3.6 million while the bottom makes $77,353.

Franklin and her family are not alone, and affordability has only gotten worse.

People falling under the ALICE threshold earn more than the Federal Poverty Level. The United Way reported 3,322 house do’s fell under the ALICE line, and 904 households in Blaine lived in poverty. The report says there are 8,190 households. This means 51% of households can’t afford to live in Blaine.

The executive director of the Hunger Coalition Jeanne Liston believes that the high cost of living, stagnating wages, lack of affordable housing and medical debt are the key factors of the high number of the population falling under that line.

The ALICE numbers are a couple of years old, but it is still a problem. One piece of data that already shows this just eight months into the virus, comes from the Hunger Coalition.

The Hunger Coalition created a 2020 report. The reports show that the Coalition has served 539 new families this year post the start of the pandemic. This year’s total is 5,594.

So many working-class people have found no other option but to leave, and that’s what Franklin and her family did when they left for Twin Falls.

“Ever since we got out of the community, there’s like a weight lifted,” she said.

She says moving to Twin Falls and surrounding areas has become more common over the last decade.

Nathan Harvill, the executive director of Blaine County Housing Authority, noticed over time there is less incentive for working-class people to stay.

“As jobs become available in Twin Falls or other places, and those wages are either, right about the same as Blaine County wages or maybe even a little bit better…the benefit of driving up into the Wood River Valley is not as good as it would be in years past,” he said. “So my thought is that what’ll end up happening is, without a place to live up there, without a competitive wage structure that entices people to make that drive, we could be looking at a shortfall in our workforce going forward.”