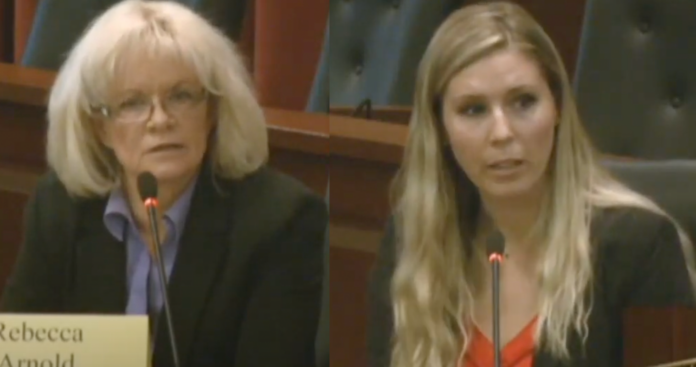 Ada County Highway District Commissioner Rebecca Arnold filed a complaint in Idaho’s Fourth District Court on Saturday contesting the results of the recount in the election she lost by four votes.

“We have every respect for the integrity and the best efforts of Mr. McGrane, the county clerk, his staff and Ms. Bennetts, the county prosecutor,” Leroy told BoiseDev Monday. “However, during the recount process the accuracy limitations of the vote counting machines were exposed and two irregularities of procedure were detected casting doubt on the four vote margin that was reported during that process.”

Pickering bested Arnold by two votes on November 3, which was within the margin that allowed a free recount under Idaho code. Pickering’s lead grew to four votes after the recount. Vote totals for both candidates issued on Friday by Bennetts showed an additional 18 votes counted during the recount than in the original numbers in November.

Both Friday night and Monday afternoon, McGrane defended the integrity of the recount process. He said the reasons for the different number of ballots counted on Election Day and during the recount is still under investigation and he will be fully cooperating with the courts as they look into the matter.

Both candidates and their representatives personally observed the entire recount process.

“We’ve already begun work to better understand what could have contributed to the total number of votes and looking at our processes to make sure we didn’t miss a vote or inadvertently count a vote a second time,” McGrane said. “We believe the recount was voted entirely properly. Ada County Prosecutor Jan Bennetts was there personally through the entire process and making sure we were methodical.”

Prior to the recount, elections staff recounted a portion of the ballots and then compared to the county completed by a machine to determine the “logic and accuracy” of the results. According to the complaint, there were two instances during the test where the machines counted a vote as an undervote instead of assigning it to a candidate. An undervote is when someone only fills out a portion of the ballot, such as only casting a vote for President and leaving the ACHD portion blank.

Due to these two votes, Arnold argues the margin of error is too high and a hand recount must be required. The complaint also alleges the testing process was unlawful because it only included ballots selected by Arnold from precincts and not any absentee ballots, which made up a significant portion of the ballots cast due to the pandemic.

According to an affidavit filed with the complaint from Arnold representative Victor Miller, 24 of those ballots came from one precinct. The complaint requests the court throw out those ballots, absent “justification and explanation” provided by the elections officials.

Due to the ongoing litigation, McGrane gave few details about specific instances during the recount Monday. He said the additional ballots were under investigation and the recount was conducted properly.

“We take very seriously the importance of counting every vote and we’re working to understand any variances that may have occurred,” he said.

Arnold also called McGrane’s work to “cure” invalid absentee ballots prior to November 3 illegal. In this process, McGrane’s office contacted anyone who filled out an absentee ballot incorrectly, and allowed them to come to the election’s office and sign it or otherwise fix the issue if they chose. McGrane and his staff are also trained in signature verification to ensure the proper person filled out the absentee ballot.

Counties are not required to contact voters who improperly fill out their absentee ballot, according to the Idaho Secretary of State, but they are allowed to, the Idaho Press reported in October. Both Ada and Canyon County did this in 2020.

McGrane told the Idaho Press his office considered 103 ballots out of over 100,000 cast invalid, either because their signature did not match or because the outside of the envelope did not include any signature.

In the complaint and an affidavit filed by the candidate, Arnold alleged McGrane acted “inconsistently” in his process for contacting voters with improperly filled out absentee ballots. She also asked the court to invalidate any ballots originally received unsigned before they voters “cured” them during the recount.

Idaho local governments will get millions from latest COVID package. It’s unknown how they will spend it