Boise State University engaged the American Athletic Conference earlier this fall about the possibility of its football team joining the league, according to newly released documents.

Emails between Boise State’s football chief of staff Brad Larrondo and then-athletic director Curt Apsey in August and September show the athletic department worked behind the scenes on a potential move.

“Curt, I spent a little bit more time on Friday and over (the) weekend doing some additional research and calculating relating to the AAC,” Larrondo wrote on Sept. 28. “I know the option of FB and MBB/WBB only is not going to probably work and Big West is not an option either at this time, so we’re down to an all sports move or not moving.”

Apsey responded the next afternoon, writing to Larrondo, “Brad, at this point the AAC has told Dr. (Marlene) Tromp they are only interested in football. I would think that mindset would change if there were other schools in the West up for consideration which I think will eventually happen. Still talking to the president, the AAC and the Big West. Conversations are ongoing.”

BoiseDev.com obtained a new batch of emails and documents from Boise State under Idaho’s public records act and shared them with the Idaho Press for this story.

The new information comes after BoiseDev and the Idaho Press first reported earlier this month that coach Bryan Harsin was urging Boise State leadership to leave the conference. Emails showed Boise State reached out to both the West Coast Conference and the Big West about moving its non-football sports there, which would open the door for the Broncos to go elsewhere in football.

We asked Boise State specific questions Monday in response to the new information about the AAC. A spokesperson provided the same statement from university president Tromp from when the initial story broke earlier this month.

BoiseDev members got this story in their inboxes first. You can help support our journalism and get our scoops before anyone else, too. Sign up today.

At the time it was unclear where Boise State was looking to move its football program to. Two weeks later, we now know it’s the American Athletic Conference. And the planning appears to have evolved during the late summer and early fall.

On Aug. 28 Larrondo emailed Apsey a document titled “Athletics 2020 and Beyond.” The four page memo outlined what was working for the department, goals, challenges and obstacles, and “where should we focus our efforts to advance the programs.”

At the top of the list? Leaving the Mountain West.

As BoiseDev and the Idaho Press previously reported, Harsin weighed in with Apsey and school president Dr. Marlene Tromp on Sept. 11, saying he felt the school needed to make some type of conference change.

“I am 1000% convinced we need to make this move for football and if that means other sports too in the long run it will be what’s best for this University,” Harsin wrote.

How a move could work

In the Sept. 28 email to Apsey, Larrondo broke down how moving to the conference might work. He analyzed the impacts for both expense and revenue if all of the school’s sports moved to the AAC.

“I was actually surprised when I did some breakdown of the conference schedules and so forth how realistically the travel is not probably as much as we had assumed,” Larrondo wrote. “Don’t get me wrong, there is still travel and men’s bball, women’s bball and volleyball probably get the brunt of that.”

In an attached document titled, “Notes relating to all sports move to the American Athletic Conference”, Larrondo estimated an increase of $1 million in travel expenses for the department, including an increase of $300,000 each for the men’s and women’s basketball teams to charter to every conference road game.

In all Larrondo sees the potential for an “increased revenue impact resulting from a move to the AAC” of $10.5 million.

Larrondo listed several bullet points as to why the move would make sense for Boise State.

“The addition of Boise State could pave the way for the AAC being included in a “Power 6” conference alignment, including an automatic New Year’s Six bowl berth and additional CFP revenue for its members as an automatic bid league,” he wrote.

Twenty-two days after Apsey’s response, the school announced he would leave the athletic director role and move into a fundraising position with Boise State. The trail of emails ends there, with no new internal communication on the subject received through the public records request since Apsey’s departure on Oct. 21.

A reporter asked Mountain West commissioner Craig Thompson at last Saturday’s Mountain West championship game if he had a comment on the Broncos potentially looking to leave.

Thompson and Harsin chatted for several minutes on the field before the game, and Thompson confirmed he also talked with Harsin two weeks ago when the emails from the coach – which were critical of Thompson and the league – went public in our earlier reporting.

Asked if the two ‘smoothed things over’, Thompson said, “I didn’t know there was anything to smooth over. In this day and age, people have opinions. The Boise State Administration and the University and President Tromp have a certain position and I appreciated the statement that she made.”

In response to the initial story Tromp said though they would continue to look for ways to advance the profile of the athletics programs, “We respect our colleagues in the Mountain West and are proud to be members of the league.”

Thompson admitted that Boise State’s role as a a key member of the conference.

“They’ve been very successful and have been ranked in the top 25 and have played in three Fiesta Bowls, one under the Mountain West umbrella,” he said. “They are a very strong program and they do have a national brand.”

As for the state of the Mountain West, Thompson said, “It’s getting better. It’s deeper. It’s getting more balanced.”

The American Athletic Conference currently stands as the top non-Power 5 conference. The league has used a marketing campaign surrounding “Power 6” to try and associate itself more with the Power 5 conferences.

The highest-ranked Group of 5 conference champion earns an automatic bid to a New Year’s Six bowl game. That team has been from the AAC in each of the last four years and five of the past six. The Mountain West hasn’t put a team into the New Year’s Six since the Broncos went to the Fiesta Bowl in 2014.

With the AAC currently only interested in adding Boise State’s football program according to Apsey’s email, the Broncos would need to find a home for the other sports in a different conference to make it work.

The ‘Athletics 2020 and Beyond’ document lists three conferences as possibilities in the second item under the “where should we focus our efforts to advance the programs” section.

A spokesman for the American Athletic Conference declined comment Monday, saying “We don’t comment on anything in regards to conference expansion, and certainty as it applies to specific teams.”

Boise State ended its season with a 34-20 loss to San Jose State in the Mountain West title game on Saturday. The Broncos elected not to participate in a bowl game.

Harsin was asked last week about Boise State’s place in the Mountain West and his push to leave the conference but declined to comment, saying “those are things we’ll get into later.” 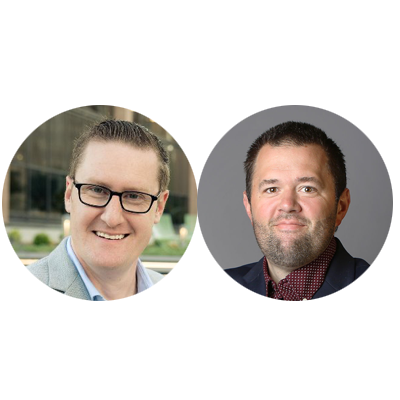 DON DAY/BoiseDev and B.J. RAINS/Idaho Presshttps://boisedev.com/
Don Day is the founder and editor of BoiseDev. BJ Rains is the Boise State beat reporter for the Idaho Press.

Boise State will add large new video board to stadium, worth $4.5 million

Idaho takes action against crypto firm, which it says has $60-million of Idahoans’ money locked up