Explain this to me: Inside Idaho’s complicated property tax system

It’s a familiar dread — seeing a letter from the county assessor in the mail. Even though it’s not technically your property tax bill, seeing the assessed value of your home go up and looking at the estimated tax due can bring about anxiety for any property owner.

But an increase in value doesn’t always mean an increase in taxes. Many other factors are at play, but the process of how property taxes are levied is often misunderstood and convoluted to explain. But let’s try to make it more simple — starting with the most basic level.

This story made possible by BoiseDev members. You can sign up and get our stories before anyone else, and support local independent news.

What are property taxes for?

Property taxes are a local tax based on where you live. None of those dollars are allocated to the State of Idaho, unlike income or sales tax. Instead, the dollars fund things like schools, roads, emergency services, mosquito abatement and city and county government services.

Each county in Idaho uses a levy formula to determine the amount of property tax it will collect.

How is the property tax levy rate calculated?

During this assessment process, each taxing district across Idaho works to set budgets for the next fiscal year. This process typically happens during the spring and summer. Once these budgets go through a public hearing process, the entity votes to approve and finalize the numbers. From there, the budget numbers for each district are divided by the overall taxable value of all the properties in the county to determine a levy rate for each district.

(You can find a longer explanation of this system here.)

For instance, let’s say you live in an area within Ada County that includes taxes owed to the City of Meridian and the Meridian Library. The Meridian city levy rate in 2019 was 0.003083910%, and the library’s rate was 0.000037985%. Both districts would be included in your property tax bill as part of your overall levy rate, once all of the applicable districts’ rates are added together. That rate is then multiplied by the taxable value of your home to determine your specific property tax liability.

Let’s lay out an example of one tax district’s calculation with 2021 budget year numbers:

If you own a home in Meridian valued at $350,000 – the assessor takes that amount and multiplies it by the levy rate for each district. (For simplicity, this example ignores the homeowner’s exemption – another factor we’ll explain in a moment). So, extending the example above:

This is repeated for each taxing district a property owner belongs to determine each owner’s total tax amount owed.

Why do the levy rates fluctuate?

By statute, each taxing district is allowed to increase their property tax budget by 3% in a given year, plus a budget amount for new growth. Ada County Clerk Phil McGrane said on top of the already existing property value for the county, new construction is added to factor in the support that will be needed from city services and infrastructure for new growth.

For example, if a city’s base budget was $100 million, but $3 million was added in the past year in new growth, the city would be allowed to increase their budget by 3% starting from $103 million rather than $100 million.

“When governments take the new construction roll, they’re applying last year’s levy to all that new growth that happened over the last year,” McGrane said. “It’s the way the law incorporates growth.”

That law mostly affects the Treasure Valley, where growth is expansive. The 3% increase is largely what affects property owners, in addition to supplemental or special levies and bonds. While the 3% is a built-in allotment taxing districts can take each year, if there is an amount over and above that percentage that a district wants to implement, it must be put to a vote.

Additionally, taxing districts that opt not to take the full 3% increase in a given year can take that percentage in a different fiscal year, under a provision called forgone taxes. Since the City of Boise has chosen not to take their full 3% in this budget year, the remaining amount that was not taken could be added to another budget year.

“That money is getting recorded as ‘forgone,’ and in future years, if there was a pressing need, the city could increase their tax base by more than 3% with a hearing,” McGrane said. “They can’t go backwards and collect, but moving forward they can do it as though they took (the 3%).”

“People think the levy is what drives everything, but it’s very fluid,” he said. “We see these things confused and sometimes intentionally misused.”

For instance, if a district points out that their levy decreased from the previous year, that doesn’t necessarily mean it’s because they were being more conservative with their budgets. It could be because the overall total valuation of the county increased. Conversely, as was the case during the Great Recession, levy rates can go up because overall valuation drops.

Is everyone paying more taxes because values are increasing?

No. At the moment, home values are rising faster than taxes. Even if your own home value goes up by 10%, McGrane said, the odds are your taxes would stay flat or go down, because other homes in the area could be rising by as much as 40% to 50%.

“So they’re actually picking up a huge portion, since the levy is multiplied against the value of your home,” he said. “Those houses that are rising in value super fast end up picking up more of the burden.”

Similarly, homeowners are paying more in taxes at the moment because there is less demand and rising value attached to commercial properties, especially in Ada County, where there is a housing shortage.

“We just don’t see the price appreciation in commercial versus residential,” McQuade said. “Commercial is just not that volatile. … Residential is certainly paying more of the property tax burden than commercial.”

What about the homeowner’s exemption?

Homeowners in Idaho are entitled to an exemption of a flat $100,000 on the value of the home in which they reside, or 50% of the home’s value up to $100,000, whichever amount is less. That is a recent change put in place in 2016. Prior to that legislative change, the exemption was indexed to a value that went up or down based on average home values. If the same index was in place today, the exemption would be more like $120,000, according to McGrane.

“The group that usually feels the biggest pain is homeowners whose value went from $200,000 or less to something above that, because up to that $200,000 you’re just paying taxes on half your home’s value, and past that it’s less and less of a discount,” McGrane said.

The biggest complaints come from the people with values between $200,000 and $300,000, he said, and if the index returned, it would provide the most relief for that group.

“I really opposed taking the indexing off, because (the exemption) just becomes less valuable as home values go up,” McQuade said. 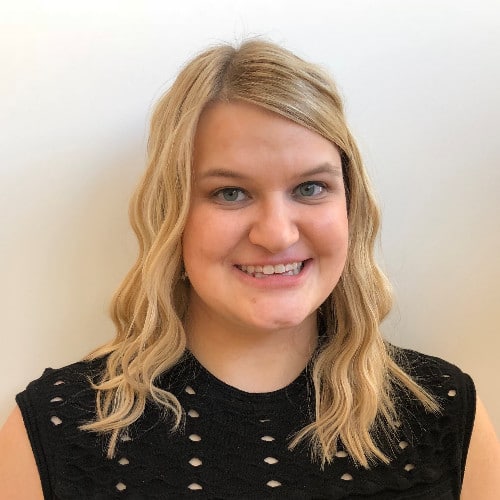 Kelcie Moseley-Morris
Kelcie Moseley-Morris is a former Idaho journalist whose work has been featured in the Idaho Press, Lewiston Tribune, Sun Valley Magazine and Electronics Point. She now works as a proposal writer for a national software company and continues to write freelance journalism pieces.

On the block: Land Board says it will auction McCall’s Cougar Island