People are desperate to get out of the house during the winter, and Bogus Basin offered the nearest escape valve for the Treasure Valley for decades. But this year, things looked different due to COVID-19 regulations at the resort to keep skiers, snowboarders, and staff safe.

The nonprofit mountain resort limited its chairlifts to less than 65% capacity this season and closed its indoor lodges for dining.

General Manager Brad Wilson said staff saw the pandemic-related challenges coming a while ago and knew they would have to make some decisions that would have looked bizarre just a year ago.

“Our night season passes have taken off, and we ended up capping those two weeks ago. We started selling so many that we didn’t want nights to be more busy than we wanted them to be,” Wilson said.

Bogus is playing it as conservative as it can in order to keep employees and guests safe. It is seeing an uptick in business in some areas, including more demand for skiing and snowboarding, plus what Wilson said was a 100% increase in mountain bikers on the trails at Bogus Basin over the summer.

“Mountain biking exploded in the Treasure Valley this summer. If you went into any local bike shop, you saw people buying bikes,” Wilson said.

While demand is up, the resort has limited access, which means there hasn’t been a comparative bump in revenues.

“The number of tickets we put up for sale will be abnormally less than in a given year … and that will have major repercussions,” Wilson said.

Wilson noted that 80% of Bogus’s season-pass holders renewed their passes last February, and those folks bring up their own meals and generally maximize their time at the mountain during the season.

“Staff in the lift lines are diligent about mask wearing and are not shy about asking people to use a face cover or more often to ensure it is above the nose (most people actually wear neck warmers or balaclava),” Simonds said in a direct message on Twitter. “While lift lines are a few minutes longer because some chairs are not filled (singles or doubles aren’t being mandated to ride with other groups to make a full four person chair), guests including my family seem unburdened. As a longtime Bogus skier, I greatly appreciate that management has sacrificed some ticket sales and invested in new infrastructure to ensure an improved and safe experience for pass holders.”

A portion of Bogus Basin’s revenue comes from daily lift ticket sales. These are the customers who will also rent skis, snowboards and the other accouterments needed to enjoy a day on the slopes. And those are the people who also have a tendency to buy food and drinks at the base of Bogus Basin as well, a revenue stream that has dried up significantly due to COVID-19 restrictions.

Sydney Chapman Kidd of Boise has gone up to Bogus Basin once this year after her sister-in-law purchased lift tickets a week before their planned trip. With the increased demand — at some points so high it crashed Bogus’s online ticket buying portal — going skiing for a day is something that needs to be planned out at least a week before.

“We were thinking about going skiing on New Year’s Eve and we checked the day before, but they were sold out. If you want to go day skiing, you have to plan ahead,” Kidd said.

Kidd said she wasn’t a very serious skier, but rather preferred to stick to the “green circles, blue squares and sitting in the lodge.”

“It’s definitely a behavior change. You can’t sit to get warm, so it’s a day full of skiing and not a ton of relaxing,” Kidd said.

“The folks we have now are the traditional users who are season pass holders, the families that have skied here for several generations,” Zolber said, noting that many of those do take lessons, but that capacity challenges have really changed how their teaching system works.

“Though we’re busy teaching a lot of people how to ski, there’s not as many as we typically have in a season,” Zolber said.

The ski school is not mixing strangers into the large group lessons that were and will be again a common sight on the mountain. Instead, Bogus is offering private lessons and semi-private lessons, a design that allows for people to stick around just the people they might have gone to the mountain with that day.

Despite these pandemic-related changes, Bogus has found some silver linings this year.

“We’ve had to reimagine some of our processes. We have contactless transactions with bookings, rentals, ticketing, and those types of things make it an easier customer experience in the future,” Zolber said.

Looking to the future is a big part of this year.

“We’re doing what we can to make it,” Zolber said. “In the wintertime, without Bogus, what do people do?” 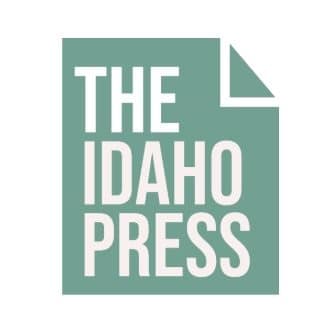 Thomas Plankhttps://www.idahopress.com/users/profile/tplank/
Thomas Plank covers the Ada County & growth for the Idaho Press. Follow him on Twitter @ThomasPlankIP or reach him by email at [email protected].

You Asked: What we know (and don’t) about Micron’s $15 billion expansion: incentives, housing, transit, water

Another local business sells to its employees, joining growing roster