New campground could come to Hailey if grant approved 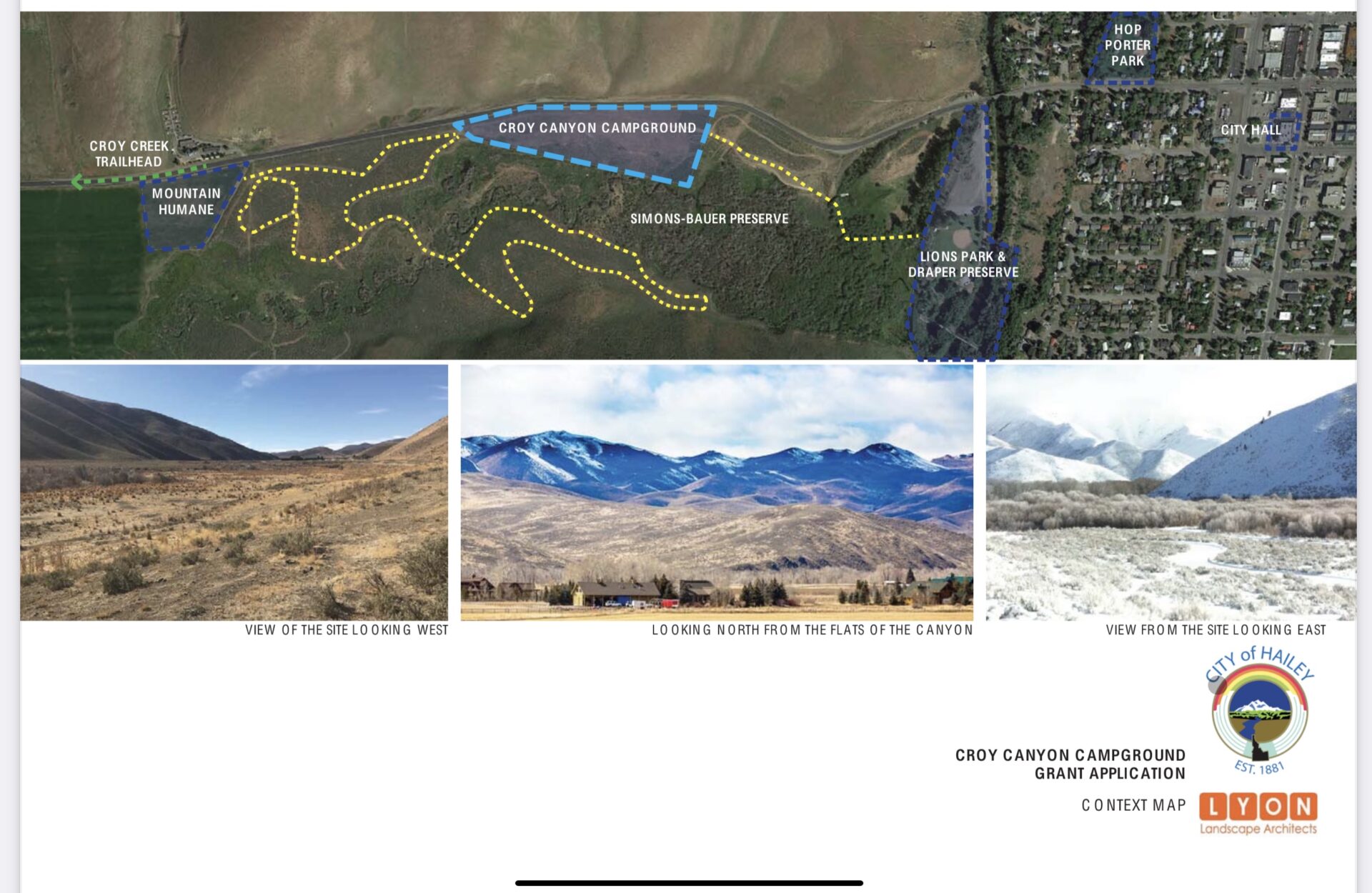 The grant comes from the Idaho Department of Parks and Recreation. Annually IDPR gives different funding and grants for new or renovated spaces and equipment. Hailey Community Development Director, Lisa Horowitz says they are applying for the grant through the recreational vehicle fund.

The 33 site municipal campground – Croy Canyon Campground is less than a mile from downtown Hailey. Some amenities include 24 RV campsites, nine tent sites, each campsite would have a tent platform, a fire ring and picnic table and there would be wildlife fencing.

“We would have wildlife-friendly fencing along the edge of the riparian zone on our property,” Horowitz said. “We’re not proposing fencing on the land trust property, but we want to try and keep the tent campers from just jumping around and putting their tents wherever they are.”

Heavily discussed during the council meeting was the campground stay limit. Originally, Horowitz says the idea was to follow the forest service’s 16 day stay limit. But after further discussion, a shorter limit seemed to work better. Shorter stays can benefit local businesses with more people coming in and out of Hailey.

The campsites are approximately 25 feet apart. Because of this and the location, Horowitz says it’s not a “full wilderness experience” making a shorter stay even more appropriate.

Croy Canyon would be the first developed campsite in Hailey. There is not a definitive timeline yet, but if IDPR awarded the city the grant, construction would start right away. The campground would likely be open to the public for the 2022 season.

“There’s been a lot of discussion with the chamber and others about the need for camping proximate to Hailey,” Horowitz said. “A lot of people come into the visitor center and ask like ‘where can I go camping?’ And for special events like Trailing of the Sheep or sporting events or anything that might be going on in Hailey there is nowhere proximate to camp.”

Council may see a grant application with more than $500,000 in the future. Horowitz says the grant sponsor said to shoot for a higher budget amount.