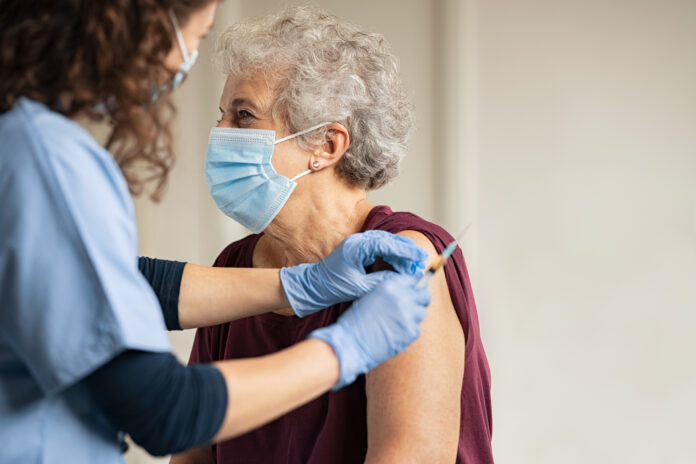 It’s not just teachers and other school staff who work in schools getting vaccinated in Idaho.

On January 12, the State of Idaho released new vaccine guidance and opened up vaccines to teachers and other staff working with children from Pre-K up through high school. As part of this change, volunteer public and private school board members also became eligible for the vaccines, even though they often do not enter school buildings and are able to conduct board business remotely during the pandemic.

[You asked: How did Boise Bicycle Project staff get vaccinated? Where are elected officials in line?]

“…CDH discussed that board members are essential to operate schools, the same way that kitchen staff, maintenance, substitutes, student teachers, district office, etc. are essential,” Myron wrote in an email. “For example, many district office staff may not have been considered ‘eligible’ since many don’t interact with students, but their job is critical to keep their schools open and operating.”

Myron said many school board members also fell into sub-priority groups already identified and were already vaccinated when the change to the vaccine schedule was announced. An estimate provided by the Idaho School Board Association estimated there were 122 eligible public school board members who could be vaccinated in Ada, Boise, Elmore and Valley counties. This number did not include private school boards.

Shots for both public and private boards

Pastor Ross Shaver at the Zion Lutheran Church School and Daycare in Nampa said his school opted not to offer shots to their school board.

“The reason is because the board is a voluntary position and does not have day to day interaction with staff, students, or their families,” he said in an email. “Others take priority.”

Education staff, like school board members, rank above homeless shelter residents, food agriculture workers, the Idaho National Guard, utility workers who work indoors, public transit employees and the staff of the U.S. Postal Service. All other Idahoans have not been sorted into a priority group yet.

Can a stroke of luck help you jump the line?

Some Americans hoping for a vaccine have gotten lucky in recent weeks.

Stories of Americans getting an unexpected shot have rippled across the media airwaves since the rollout began to a limited number of people. Some hospitals have built a list of residents they can call if they have extra doses available at the end of the day. Other people have been vaccinated of a freak event like a freezer failure or when Oregon healthcare workers were stuck on the side of the road with some thawed vaccine in a snowstorm and started looking for motorists to vaccinate.

St. Luke’s Health System has a list for people hoping to take advantage of extra shots so they don’t go to waste, but it’s closed for now due to the long wait. Hospital spokesperson Anita Kissée told BoiseDev it is extremely rare for them to have extra doses left, but in the event of cancellations they are calling people to get a shot.

Even if you made it onto the list, there’s no guarantee you will be called though and Kissée recommends people who would like to be vaccinated try to schedule an appointment like normal once they are eligible.

“These appointments could become available with as little as 30 minutes of notice and are sorted by priority status according to the next tier or group in line to be vaccinated (i.e. 65+ years old),” Kisse wrote in an email. “People were placed on this list if they called St. Luke’s Connect and their tier/group was not yet open.”

Spokesperson Mark Snider said the hospital system never opened a public waiting list for extra doses. Instead, they are giving the extra shots to Saint Al’s employees who are eligible but may not have been able to schedule an appointment previously or people who were scheduled for appointments the following day.

And if they get through that list, Snider said they reach out to the school districts to see if anyone would like to take the extra dose.

“Our goal is not to waste a single dose, but it’s kind of a mathematical gymnastics to make it to the end of the day and balance the number of shots and doses,” he said.

You asked: How did Boise Bicycle Project staff get vaccinated? Where are elected officials in line?