According to a new report from the Idaho Department of Labor, Idaho’s economy is rebounding faster than almost anywhere in the country.

The report said December’s economic data showed that Idaho continued to progress in what has become one of the fastest economic recoveries in the country, following the economic shock of the COVID pandemic in the spring months of 2020. As Idaho News 6 has reported, Idaho hit historic unemployment levels in the Spring of 2020.

Idaho’s unemployment rate for December was down to 4.4%, lower than the national rate of 6.7%.

“Utah is the only state that’s comparing to us in terms of how fast we’re rebounding, and it’s because Idaho and Utah were both rapidly growing from a population perspective,” explained Sam Wolkenhaur, a regional economist with the Idaho Department of Labor. “The fact we’re a net growth state from a population perspective, that people want to be here they want to move here, gave us a shot in the arm to bounce back faster than other states.”

As Idaho News 6 has reported, despite the spread of a worldwide pandemic, growth in the Treasure Valley moved right along, and it’s not likely it will slow down.

Overall, while challenges remain and Idaho’s unemployment rate remains elevated well above pre-COVID levels, the Department of Labor says the state’s economic recovery continues to set the pace for the nation.

“With nonfarm employment rebounding completely to reattain 2019 levels, and the state’s labor force spiking throughout the autumn months, Idaho appears well situated to continue its recovery from the COVID crisis throughout 2021 and beyond,” the report reads.

For a full look at the report, click here.

Run up in Boise area apartment rents not as sharp in ’22, but prices still up 40% over three years 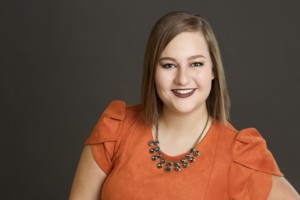