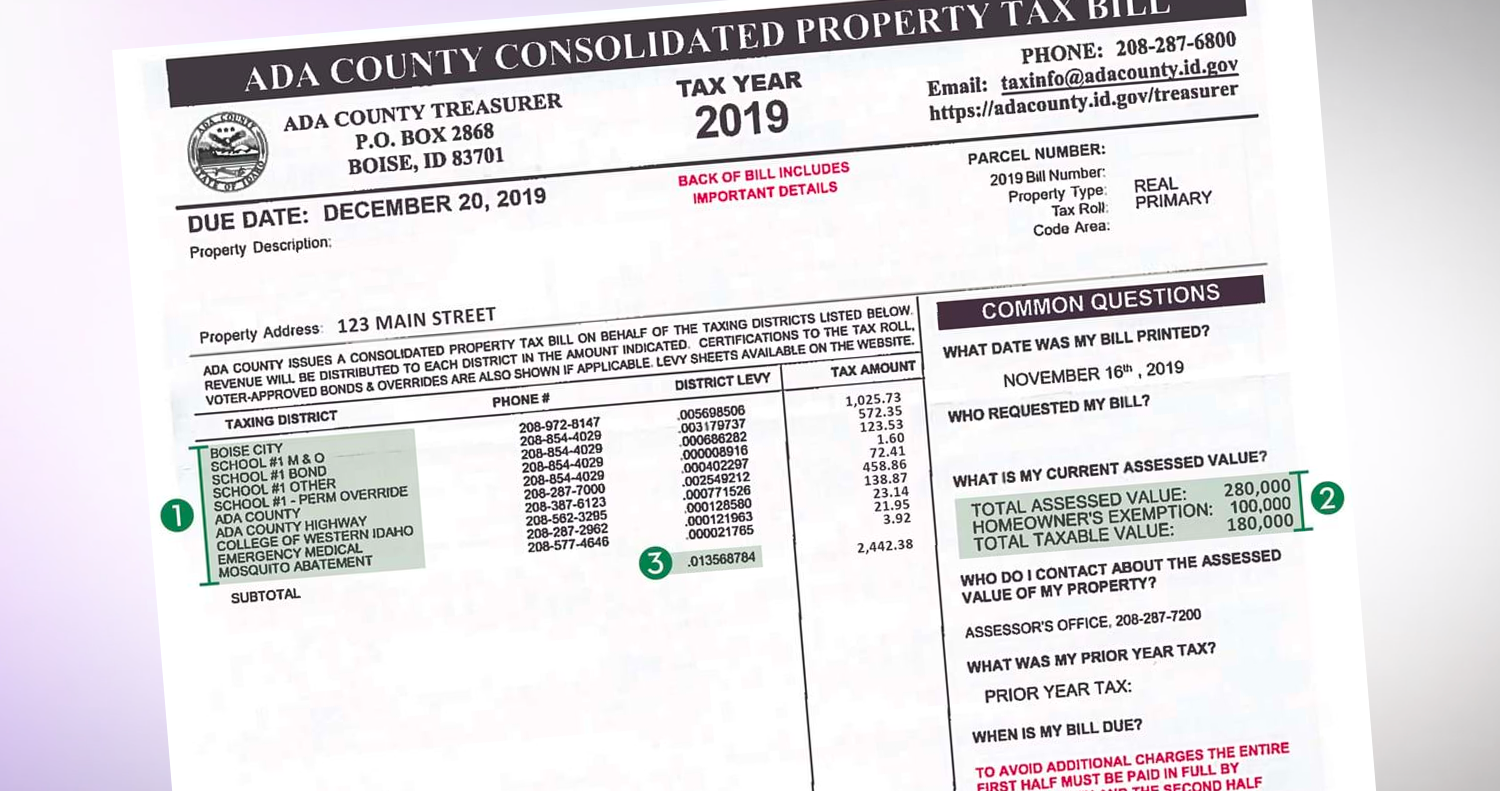 On Thursday, twenty members of the Treasure Valley Partnership held a press conference denouncing a piece of state legislation aiming for property tax relief by limiting local government spending. The leaders, including mayors, county commissioners, and police and fire chiefs, said the legislation would not provide meaningful relief and would hinder local government’s ability to address the growing need for services in southwest Idaho.

The bill, SB 1108 from Sen. Jim Rice, R-Caldwell, would limit localities to 75% of the new construction and annexation taxes. It would also only allow 50% of new construction taxes in terminating urban renewal districts to add back into local budgets. They would still be able to increase property tax collections 3% annually.

‘Not doing their part’

Nampa Mayor Debbie Kling said local government leaders want to be responsible with spending and keep property tax burdens limited, but they have to balance the need for new roads, police officers and other services the influx of new residents demand.

“Cities have been portrayed as the ones not doing their part,” Kling said. “To offer property tax relief to our residents, Nampa has declined over $6 million that would be included in our budget today. (Nampa) residents and the residents of all of (the localities speaking during the conference) have repeatedly charged us to exercise stewardship on taxes, while also not compromising public safety and streets.”

Rapidly rising property taxes and their impact on long-time residents who bought their homes in much different markets has been hotly debated in recent years. The state legislature has largely focused its efforts to address the problem by curbing local government spending, instead of an overall restructuring of the property tax system or increasing aid to low-income homeowners.

Kuna Mayor Joe Stear said his city has seen an average of 10% growth every year the past few years, and they need the revenue to help them keep up with providing services. He said the bulk of his city’s budget goes toward public safety, namely Kuna’s goal of having one police officer per 1,000 residents.

If the city can take in less tax revenue, he said Kuna might be forced to say no to more development to make sure they can serve the people they have.

“If limitations are put on new growth, we’ll be forced to carefully consider what growth will occur,” he said. “It will have to be growth that won’t put a strain on our ability to provide service.”

In response to the possibility of the bill passing, the City of Meridian delayed a large annexation request and discussed a freeze on further annexations.

Star Mayor Trevor Chadwick went through several properties in Star and their assessments, pointing out the issue driving property tax increases is largely valuation on homes and not decisions made at the local level. He pointed out one property in particular where the Ada County Highway District did not take any of the allowed 3% increase or new construction, and they still took in a larger amount of property taxes due to the skyrocketing value.

“I would like to see us come up with a committee and utilize all of the pieces of our government and come up with a true plan that will benefit all citizens of Star to work on the valuation issues,” Chadwick said.

[Explain this to me: Inside Idaho’s complicated property tax system]

Republican Canyon County Commissioner Pam White also spoke against the bill. She said counties have state mandated responsibilities, which often cost more than the financial help they get from the state to pay for them. As an example, she pointed to Sheriff’s offices running DMVs across the state. She said those services required by the state are subsidized by the Canyon County Sheriff’s Office and property owners are required to cover the costs.

“It’s an essential service and doesn’t pay for itself and the burden falls on county taxpayers to foot the bill,” she said.

SB 1108 was amended on the Senate floor yesterday to accommodate concerns from the City of Nampa and the Nampa Fire District about how the bill would impact their budget after they annexed an area of the city into the fire district this year to provide better service. Nampa Fire Chief Kirk Carpenter was appreciative of Rice making the change during the press conference, but he said the bill would still make it difficult for fire districts to annex property later.

“Another result of this type of bill is all annexations in the future that would be pursued as we had pursued in favor of the taxpayer to really reduce the impact of the growth in favor would no longer occur,” Carpenter said. “This bill makes it impossible.”

The bill’s next step is to go for debate and a vote on the Senate floor.