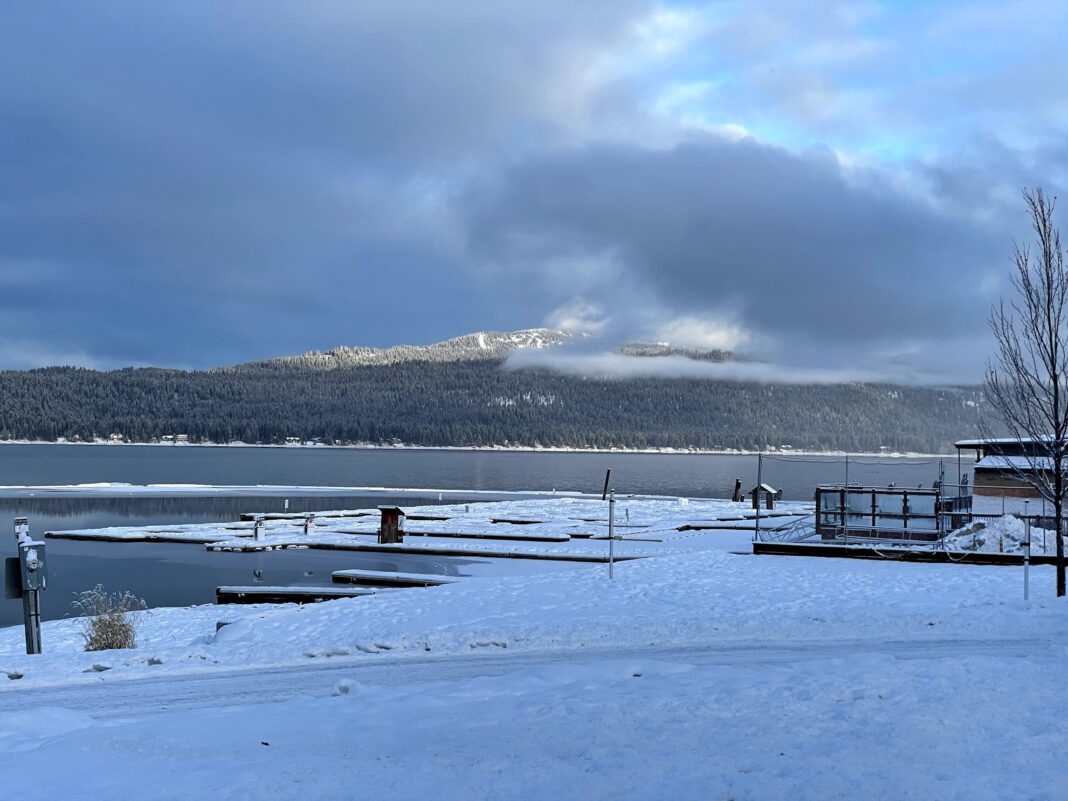 The Idaho Land Board voted unanimously Tuesday morning to lift a moratorium on new applications for endowment land in the McCall area. The vote included a series of actions the panel made after hearing more than an hour of testimony.

The board also approved the Payette Endowment Land Strategy, a 40-page comprehensive plan for how the state should manage the land it holds in the land endowment in the area. The Land Board first started consideration of PELS in November, as BoiseDev reported at the time.

The decision came after more than an hour of public testimony, primarily from residents in and around McCall. Though the PELS plan and Trident Holdings’ proposal to swap for some of the same land are separate – the public often fused the two together in their public comments.

“The December draft of the PELS is a benefit analysis of selling, leasing, or trading endowment lands in the McCall area,” Amy Rush, who spoke on behalf of the Payette Endowment Land Alliance said. ”It does not evaluate the cost of these transactions. The PELS doesn’t even mention, let alone prioritize the health of the ecosystem, or the protection of Payette Lake, a more comprehensive analysis would provide a more accurate report of how a particular transaction would affect long term returns.”

”Thus far recreation has been considered only a secondary benefit on endowment lands,” Dave Bingaman of the Valley County and Central Idaho Mountain Bike Assocaiton said. ”Allow IDL staff the opportunity to diversify their management to adapt to new challenges and the growing demand for outdoor recreational opportunities.”

“The most important part to me is the stretch of waterfront land on the east side of the lake,” McCall resident and student, Olivia said. “It’s the only part of the lake left that’s accessible and not blocked by private property. I realized that those lands are valuable for development and profit is the goal here, but there are ways to profit off those lands and continue to maintain its original value. My biggest fear is to go off to college, and when I come back to visit only see condos and private property on the forests, and on the lake that I grew up on and appreciated so much. I know that you guys have gotten a lot of proposals and options to look through, but I really, really urge you not to rush this.”

The Idaho Department of Lands also received hundreds of written comments – mostly opposed to Trident, to PELS or both.

As BoiseDev first reported last month, Trident submitted a proposal to the Idaho Department of Lands that would involve it purchasing timberland in North Idaho, then swapping it for a large portion of the endowment land around McCall. Trident said it would use some of the land for private development, and work to convert some of it into what it calls parkland. We reported last week on additional information on the proposal that came to light after a public records request.

Gov. Brad Little told Idaho Department of Land staff that its policymaking in coming months should look not just at the McCall region, but statewide.

“The people around McCall all have a vested interest,” Little said. “But we need to think of it not just exclusively to McCall but our whole 2.5 million acre portfolio.”

“How do we do a better job of letting people know there is a better way of doing business with us and do it in a more timely fashion,” Jim Elbin with the Idaho Department of Lands asked the board rhetorically. “We have some new opportunities in front of us that we need to make sure we get right. I think we need to lift (the moratorium) to see what opportunities are out there to explore.”

The Idaho Department of Lands can now begin to evaluate Trident’s swap proposal, and also take other proposals from different parties on the endowment land.

After the meeting, Trident principal Alec Williams told BoiseDev he was pleased by today’s move.

“We’re excited to be moving forward in the process,” he said. “I think the chance for us to create the largest state park in Idaho history and accomplish so many of the priorities that folks laid out in the comments today is very affirming.”

Though many of the folks who gave public testimony were opposed to Trident’s proposal, Williams said he thinks it can actually meet the concerns outlined.

“The idea that we can meet local wishes and conduct the largest conservation process in Idaho history, and to convert them into true public lands is why we are excited to be in this business and move forward with the county, the city, and the state.”

Cascade Medical Center bond fails after not reaching a 66% majority

State looks to auction island in Payette Lake near McCall

One suit dropped, another started: Legal battle over homeless encampment/protest near Statehouse shifts