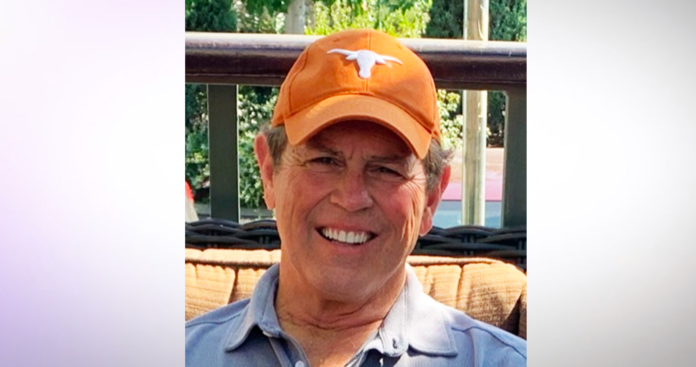 Mike Mantooth, co-founder of the local Goodwood Barbecue Company restaurants died last week. He was 64, and died after a battle with cancer.

Mantooth launched Goodwood in 1999 with his “lifetime friend” Steve Cooper. What started with a single location in the Boise Spectrum development in 1999 quickly spawned another store on Eagle Rd. Then came two locations in Utah.

Born in Muleshoe, Texas, Mantooth spent many of his early years moving around the country. He landed in El Paso Texas, where he played for the Coronado High School football team – with his dad as coach. That led to All-City and All-District honors, and a scholarship offer to the University of Texas-El Paso. Like many college students, he picked up a job working part-time in restaurants. But more than just a way to make money during school, it turned into his life’s work. He worked at Steak and Ale, Chili’s, and more along the way.

From football to food

Mantooth and Cooper first met on the football field. The two were rivals back in the El Paso days. But the friendship moved beyond touchdowns and tackles. The pair decided to try their hand at opening their own restaurant concept and started Goodwood. It came during the hubbub and excitement that the Boise Spectrum and its then-new 21 screen movie theater and IMAX screen brought to Boise in the late 1990s.

The restaurant launched a scratch-made menu with dishes like the Idaho Potato Skins, Burnt Ends, and of course a full complement of ribs.

“We’re all about making good food for people,” Mantooth said in a promotional video in 2012. “We take a lot of pride in what we do here. We’re all about putting a quality product in front of somebody in terms of what they see on the plate, in terms of the service and the overall service.”

Mantooth worked in the restaurants daily over the past twenty-plus years, with a focus on training and recipe development.

That early restaurant job gave Mantooth something else — it’s where he met his wife, Kay. They met in 1979, and married in 1984 – and added a son and daughter to the family.

“The love he showered on his family inspired so many men he came into contact through the years to strive harder… to do more and be more,” his obituary read. “He was the epitome of a family man to the very end.”

Mantooth’s service is set for Thursday at 6pm.