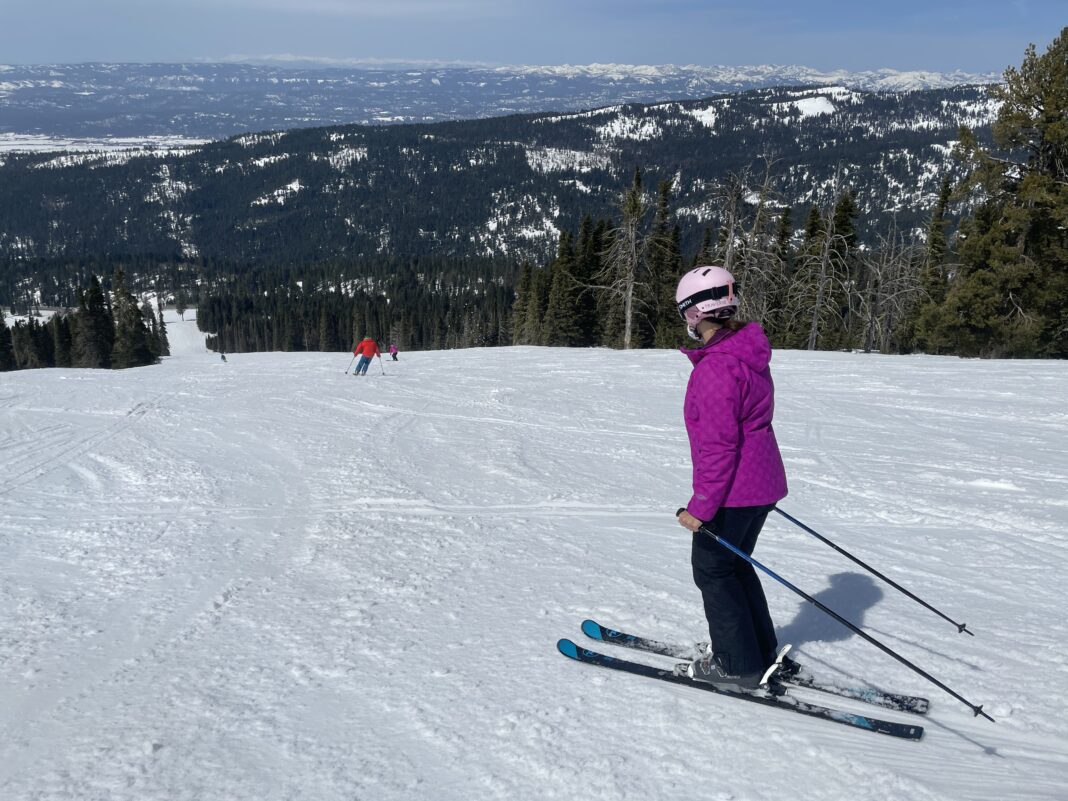 By Drew Dodson - The Star-News

This story originally appeared in the April 8, 2021 edition of The Star-News in McCall, and is republished here with permission. Go towww.mccallstarnews.com/pages/subscribe.phpto subscribe online.

Trident Holdings tried to buy Brundage Mountain Resort and develop it into one of the largest ski resorts in North America as part of its plan to trade for state land around McCall, according to a proposal to investors.

Trident founder Alec Williams of Boise made offers to both former Brundage owner Judd DeBoer and to DeBoer’s descendants after his death last year, but no deal occurred, according to interviews by The Star-News.

Williams also tried to buy 337 acres of private land surrounding Brundage that has been approved for homes, but was unsuccessful.

He also made offers to buy Mile High Marina on Payette Lake and Mile High Power Sports south of McCall as part of the larger plan, but no deal was ever made.

The planned purchase of Brundage, the land and other businesses was included in a confidential investment plan that Williams provided to potential investors last year. A copy of the proposal was obtained by The Star-News and has not been previously disclosed.

The acquisitions were planned alongside a pending proposal before the Idaho Department of Lands that would trade Trident 20,250 acres of state around McCall and Payette Lake for timberlands in northern Idaho.

Last month, the State Land Board voted to adopt its own plan to guide management of 5,478 acres of the state endowment land around McCall.

However, the land board also authorized lands department staff to study the Trident proposal, with a report due in October.

State land along Warren Wagon Road that Trident hopes to trade for would have been used to expand Brundage by more than 4.5 times its current area, under the investor proposal.

“I love skiing at Brundage, and as a skier, I thought this idea was neat,” Williams told The Star-News when asked about Trident’s efforts to buy Brundage.

“It would reduce lift lines, open up new terrain, and make it easier for folks to enjoy these lands without requiring any more skiers than already exist today,” he said.

A series of chairlifts extending 3.5 miles would have extended the ski area’s boundaries to Warren Wagon Road on the west side of Payette Lake, the investor proposal said.

The expanded resort would “offer more lift-served area than nearly all of North America’s most canonical resorts, for minimal chairlift infrastructure, and without necessitating the customer traffic typical of those larger resorts,” according to the proposal.

In the months since the investor proposal was issued, Williams said he realized a better use for the state endowment lands, if he were to obtain them, would be to expand Ponderosa State Park.

Trident would dedicate more than 17,000 acres of the exchange lands to expanding the park, under the current proposal before the state.

Owning Mile High Power Sports would have tied in with Trident’s ownership of Brundage and miles of snowmobile trails on the exchange lands, the proposal said.

Sam Worley of McCall, who is one of the owners of both businesses, said he had conversations with Williams last spring in which Williams expressed an interest in the businesses.

No offer was ever received to purchase either business and there are no current discussions, Worley said.

Williams told The Star-News that the acquisition of Brundage and the other properties was “an initial scenario.”

The current plans for the land trade that include setting aside large amounts of land for recreation or expansion of Ponderosa State Park are “the ideal scenario,” he said.

Williams said he has not discussed the plan to acquire Brundage with the state because “they are no longer on the table.”

“We haven’t included many of the ideas that did not make the cut in our final application or even in our first proposal to the land board because they were already non-starters,” he said.

Offers by Trident Holdings to buy Brundage Mountain Resort and 337 acres of surrounding land did not progress beyond initial discussions, according to interviews by The Star-News.

“There was never any counter-offer or interest in the offers – any of the offers,” Looper said.

“These weren’t simple cash offers to buy,” he said. “They were super complex, tax-driven offers.”

Looper dismissed expansion plans for Brundage included in the Trident proposal. Trident told potential investors of plans to build a chairlift connecting the mountain with Warren Wagon Road and expanding terrain into one of the largest ski areas in North America.

“It’s just not very practical, is it?” Looper said of the expansion plans. “That’s somebody who’s never been involved in owning and operating a ski resort.”

Williams countered Looper’s claim, noting the practicality of conceptual plan for expanding the ski resort was validated by Sherwood Design Engineers, which has designed ski area expansions across the West.

A spokesperson for the DeBoer family declined to comment, but confirmed Looper’s account of Trident’s efforts to buy the resort.

The land surrounding the ski resort was approved by Adams County in 2009 for up to 1,200 homes.

The land later became owned by Aspirin LLC of Palm Desert, California, during the national economic crash of the late 2000s.

Aspirin LLC made a loan to Brundage Mountain to make improvements on the mountain, including construction of the Lakeview and Bear chairlifts.

[2017: A mountain village at Brundage? Land next to resort for sale]

But development of Brundage Mountain Village stalled when financing could not be found and the loan could not be repaid, Looper said.

To settle the loan, 337 acres of the project land went to Aspirin LLC while 51 acres at the base area of the resort were kept by Brundage, Looper said.

Trident made an offer of $9.6 million in May 2020 to the Aspirin LLC partners, which was turned down because it was not a straight cash offer, according to spokesperson for Aspirin LLC who asked not to be identified.

The partnership instead decided to sell last fall to the investor group headed by Looper.

UPDATE: Idaho 55 will remain closed at least through Monday after rockslide

Subdivision with large, ‘estate sites’ planned by lake near McCall

Ski resorts around Idaho announce upgrades ahead of winter season