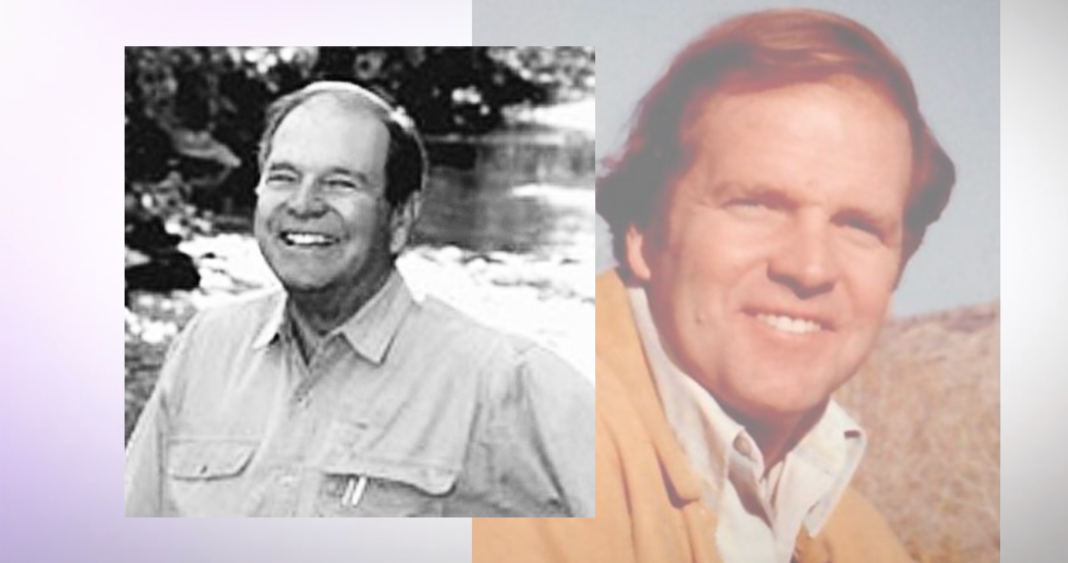 He developed Bown Crossing. And launched the Sandpiper Restaurants chain. And developed Spring Mountain Ranch in McCall and Surprise Valley in Boise.

Over nearly nine decades, Peter O’Neill made a significant impact on Idaho. He died earlier this month at age 84.

O’Neill started life in Chappaqua, New York in 1937.  During World War II, with his father serving in the Marine Corp, Peter, his mom, and two brothers moved to Arizona and lived on a working cattle ranch for a year in grade school.

The family reunited after the war, and O’Neill spent his days in school, and free time playing football and basketball.

He moved to New Hampshire, took on studies at Dartmouth College, played rugby, and joined a fraternity.  He entered the corporate world, first for Alcoa in Chicago – and then a stop path the Stanford Graduate School of Business.  The Ivy League degrees led him to a job at Boise Cascade – and a move to Idaho, where he lived for the rest of his life.

Along the way, Pete and his first wife Leslie started a family – with Karen, Cissy, Derick, and Megan. Later, he met and married his second wife Barrie.

After a decade at Boise Cascade, he helped found the Sandpiper Restaurant – once onee of Boise’s top dining spots. The Sandpiper chain grew to five locations around the region – and eventually spawned the Piper Pub offshoot.

As Boise started to grow in the 1970s, O’Neill decided to leave Boise Cascade and looked to expand his interest in the restaurant business.  But instead, he turned to real estate development.  And over the next decades, his work shaped much of what Boise is today.

He developed River Run, a series of lush neighborhoods nestled between the Boise River and what is now ParkCenter Blvd. With names like Heron Cove, Waterside, and Springbrook, River Run was designed to mesh with the natural environment, nestled between trees and winding roads.

O’Neill helped the City of Boise develop a natural section of the Boise River Greenbelt that is closed to everything but people on foot – now known as the Bethine Church River Trail.

O’Neill and his son Derrick – who later served as the City of Boise’s planning director and is working on projects near Americana Blvd. today – partnered for a number of well-known projects. The pair teamed up to build Bown Crossing, a mixed-use development near the Bown House in SE Boise. They developed the large Spring Mountain Ranch project, which brought condos and homes on McCall’s east side. They also developed the Surprise Valley development and others. In all, O’Neill’s company developed nine residential projects – from Boise to McCall to Ketchum.

“I’m the kind of guy that if I think I’ve got a good idea, I’ll let it be known – and if somebody else has a better idea, well, then, let’s just pull up a chair and get to work,” O’Neill said according to his obituary.

In the 1980s, O’Neill and others worked to change the course of the Boise Redevelopment Agency from its focusing on attracting a suburban-style mall to Downtown Boise toward a model of mixed-use with upgraded public spaces and redeveloping old parking lots cleared for the failed mall project. He chaired the BRA – now known as the Capital City Development Corp. for three years during the decade as the focus shifted.

In 2017, officials from the City of Springfield, MO Chamber visited Boise – looking for ideas and inspiration. Before Boise’s current tumultuous period of growth, the city’s development over the past several decades served as a model to folks across the country.

O’Neill told the Springfield group a bit of what he thought made Boise work. And what he hoped to see in the years ahead.

“There have been times when we lacked a sense of urgency or bias for action – if 80% of people that lived here liked it, no one had the impetus to make big changes,” he said. “It’s much more difficult to move a community from good to great. In our wildest imagination, we couldn’t have imagined 30 years ago what we have here today. But we can’t get complacent.”

‘Worked at the sharp end of the stick’: Boise’s Jack Lemley dies after long career at M-K, the Chunnel, Olympics and more

Developer hopes for improvements to area around Interfaith Sanctuary