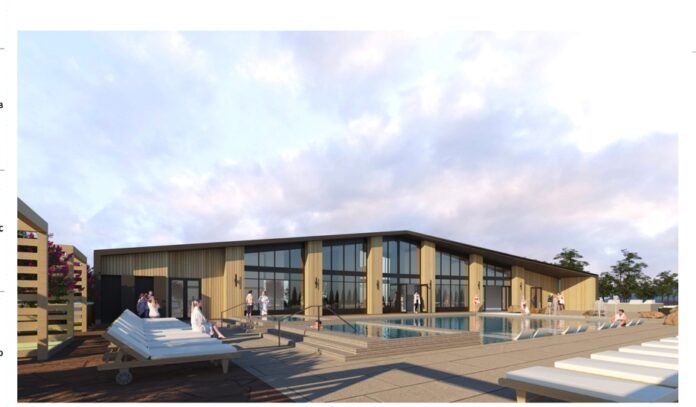 The City of Meridian received plans for the next phase of the large-scale development Pine 43.

Pine 43 is a new community with residential, retail, and office space just 1.5 miles from the Village at Meridian.

The project has been in the works for the last few years. The Jasper Apartments and several single-family homes are components of the development that have already been built. Now, developers have sent the city plans for the Dovetail Meridian apartments.

Dovetail would include several three-story complexes totaling 240 units made up of one, two, and three-bedroom units ranging from 810 to 1,205 square feet.

“Pedestrian-scaled architectural features support the design, such as ground-level awnings at entries, articulation around windows, walls to anchor buildings, and a dynamic landscape design,” the application letter said. “Emphasis is given to the scale, building configuration, and pedestrian experience as visible from public spaces and adjacent buildings.”

Sitting East of Webb Way near the Jasper complexes, Dovetail would have a one-story amenity building for residents. Featured amenities include a clubhouse, fitness center, pool deck, edible garden, and leasing office.

“Buildings are thoughtfully located on the site to highlight the amenity spaces, entries from Webb Way, and internal site view corridors,” the application letter said. “… A contemporary agrarian style paints homage to the history of Meridian and creates a distinct architectural character.”

The application shows 462 parking spaces spread out near buildings, 11 of which are ADA. The application letter says there is no on-street parking planned.

There is no hearing date set for the next phase of Pine 43.