A new town with 15,000 homes at Ada-Elmore line? Elmore officials wrestle with next step for Mayfield Townsite

The next steps toward a new town in Idaho between Mountain Home and Boise are taking shape. Over the coming decades, as many as 15,000 new houses, commercial areas, and more could pop up inside Elmore County on the Ada County line.

The Mayfield Townsite project, first approved in 2011, could soon submit its first application for 400 homes. The step comes after several months of at times contentious meetings between Elmore County officials and the project’s owners – John and Teresa McCallum.

The Mayfield property covers nearly 400 acres, just a few minutes away from the Boise Stage Stop exit of I-84. First approved a decade ago, the project overcame objections and public debate to start the process for a large planned community. The nearly 200-page plan got the seal of approval from the county in June of 2011 – but nearly a decade later, the land remains largely empty.

The site sits amidst rolling green hills, sagebrush — and a drive time of about twenty minutes from Micron Technology’s Boise campus. While much of the local development has spread to the west of Boise in recent years, the project could start to move housing to the east. It’s one of a number of developments working their way through the process in Elmore County that could begin to move the Boise metro area’s development pattern in a new direction if approved.

[Another 1,700 homes approved in Boise foothills along Idaho 55]

In May, the Elmore County Commission held a public hearing on the project. The McCallum’s hoped to submit an application for a preliminary plat in 2020, but said the county’s Land Use and Building Director Mitra Mehta-Cooper would not accept the application.

“We thought it was going to be a simple status report, and she said the project should be in default and canceled,” Teresa McCallum told the commission. “We are not in default. I was blindsided on the attitude and stance.”

The McCallums and their representatives said the intervening years were spent working out water rights, negotiating with the Department of Environmental Quality, working out wildlife mitigation — and ensuring the time was right to launch a project of this magnitude.

That’s where the preliminary plat came in. The McCallums contend they need the ability to submit that application to start to get the sign-off from agencies like the local highway district, schools, ambulance service, and the like.

But they said Mehta-Cooper told them their project stood in default of the 2011 agreements.

She said in the intervening years, the McCallums failed to live up to scores of provisions in the 2011 agreement – everything from providing proper updates, to technical issues, to not meeting the goal of building 500 homes by this year.

“For those who have seen the site today, they don’t have those,” Mehta-Cooper said. “It’s fair to say the development does not have that progress.”

Mehta-Cooper told the commission there were two paths forward for the McCallums.

“The quickest is you eliminate the development agreement and conditions and just do the plat,” she said. “It would just be a standalone subdivision. The second was we can think about thinking about scaling it back so we can think about a more manageable community.”

Mehta-Cooper contended the McCallums should essentially start from scratch on the project. But the family said they shouldn’t have to give up that 2011 agreement and the entitlements it carried. 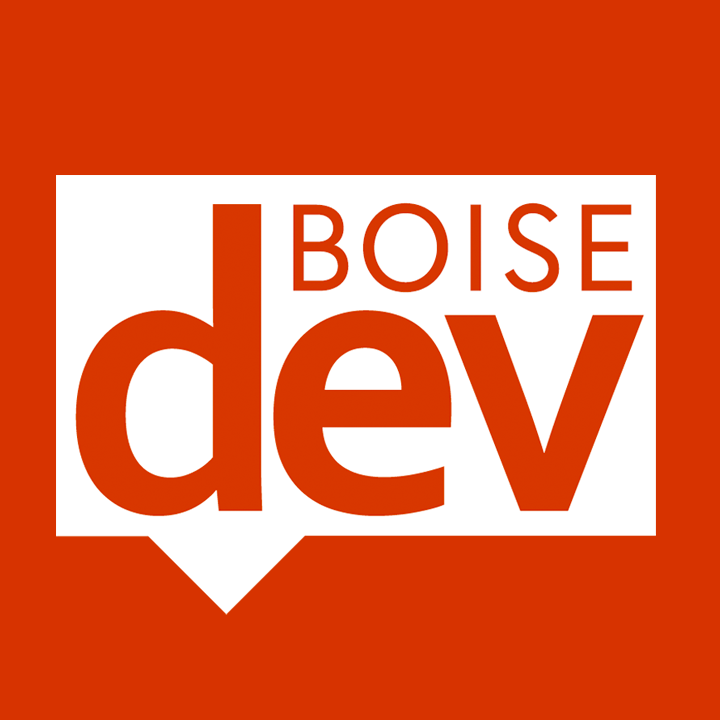 Last winter, BoiseDev received a tip that BVA Development was interested in purchasing the Mayfield Townsite project. Several months of questions led us to a May meeting in Elmore Co. Six trips to Mountain Home later, we bring you this extensive Deep Dive story on a project that could mark a fundamental change in the Treasure Valley’s future development.

The McCallum’s said they had a tentative deal in place to sell the project to Boise-based developer Tommy Ahlquist.

“With the Tommy Ahlquist development group, we had a signed contract for $31,800,000,” Teresa McCallum said. “This is a highly qualified developer that has the expertise to move this forward.”

But the deal fell apart.

“Two days later and a meeting with Mitra and they backed out,” she said.

Over a series of five public meetings in Mountain Home, each attended by BoiseDev, the McCallum family, their attorney and representatives, Mehta-Cooper, county attorneys, and the three Elmore County Commissioners, hashed out how to move forward.

The first hearing unfolded in front of a packed room in the basement of the Elmore County Courthouse. About half a dozen residents testified against the project – raising concerns about traffic, water, and more.

One resident said he bought his house a year ago, unaware of the 2011 agreement.

“I didn’t move out here to have 15,000 people in my backyard,” Brad Harwell said. “I don’t see how they can have a development three miles off the interstate. I’m 100% opposed to this. We didn’t move out to this area to look at a city. We moved out here to get away from a city. We live out in the middle of nowhere to be out in the middle of nowhere.”

Attorney Todd Lakey, who also serves in the Idaho Legislature, represents the McCallums.

“We are asking today to just move forward with the development agreement,” Lakey said in May. “The delays have been explained and discussed with the county. We talked about the water rights protests. The cure is to move forward. That’s what they’ve been trying to do for a year and they’ve been denied the opportunity to do that. Planned community developments are large projects taking many years. Acceleration and deceleration should be expected by a prudent person.”

The first hearing ended without a decision – and the commission decided to hold off until June to deliberate further.

Stuck on ‘first base’

In a second, less-attended meeting, the county got down to brass tacks.

Mehta-Cooper started by outlining a long list of the specific items of the development agreement that she said the project was in default on.

“There are a series of conditions I feel are not met,” she told the commission.

Commissioners Bud Corbus, Al Hofer, and Crystal Rodgers spent nearly an hour deliberating on the project – asking questions of staff and working through where to go next.

“They didn’t even get off first base,” Mehta-Cooper said of the county’s refusal to accept the preliminary plat application. “They were just told to start over. I think that’s really the whole crux of where we are at today. How do you look at law enforcement, schools and hospitals when you don’t even know the density and what it’s going to look like because we aren’t going to let them get there?”

Hofer said he understood why the project was delayed.

He said he understood the McCallum’s urgency to get the project started after a decade.

“Now the economy is moving. Housing is a crisis out there. Growth is a crisis. We need the housing in this county. We need it. We’ve always been pro-growth. The fact of the matter is we have to have it. They have the water, they can move forward.”

“There are a lot of things in the agreement that were not met,” Rodgers said. “With that in mind, this is a nearly ten-year-old agreement. I have a hard time swallowing this and sticking to it when there’s a lot that wasn’t done. But that’s on both parts… that’s on both sides.“

Rodgers said to move forward, many of the items and estimates in the agreement would need to see updates.

The commission agreed it would take a proposal from the McCallums on how to move forward and meet back in a week.

False start, and outside counsel

The following week, largely the same group of people showed back up. Corbus and Hofer, expressing frustration, said they received the paperwork from the county’s attorneys late the evening before the meeting.

“To be able to make a decision in that type of time frame or even to digest that (is difficult),” Corbus said.

“This to be one of those documents you have to read through three times to understand it, and I’ve read it once,” Hofer told those in attendance.

The panel decided to delay again – another week, this time to July 1.

When the fourth meeting in the series opened, the scene shifted. Instead of the long-awaited decision, the commissioners brought in outside legal help. Mehta-Cooper was not in attendance, but attorney Amanda Schaus from Boise firm Elam and Burke was.

“We all agreed to hire an attorney,” Hofer said.

The public meeting closed minutes after it began – and the commission went into executive session. The staff took down contact info for those in attendance and said they’d make contact when they reconvened.

Nearly a month later, the group came back together. This time, the county called a work session on the Mayfield Townsite project. Each of the parties sat around a large table for a several-hour session on the project. After a series of sometimes tense interactions, the mood lifted, and both sides talked about how to move forward.

“The intent today is to have an informal discussion about the Mayfield Townsite plan and the future in context of the current development agreement and to discuss any potential issues and resolutions we can come up with together,” Schaus said.

“Right now, we have a real opportunity with the market that didn’t exist shortly after this happened (in 2011), Lakey said. “Time is of the essence to get this started. There are a lot of ups and downs over the course of this 48-year project. We want to get to work on those things tomorrow. But we want to have the understanding that we can get that preliminary plat submitted.”

Hofer asked about the items that weren’t current in the 2011 agreement, outlined several months before by Mehta-Cooper. Lakey said that was the key difference between a preliminary plat — and a final plat.

“Most of the things (in the DA) are requirements for final plat,” he said.

There’s been a lot of background work,” Teresa McCallum said. “We’ve put in the wells. We’ve put in that three-phase electrical power. We’ve spent millions to get to this point. We haven’t been to this point economically (until) 2020. There were only nine building permits in all of Elmore County in 2019. There hasn’t been a reason to move forward until now. We are losing that window day by day. We don’t know how much longer that window will last.”

McCallum said they want to start with 400 units on the site and the infrastructure needed to support it – while planning how the rest of the project would roll out in decades to come.

“We can’t bring 15,000 units (all at once), because the economic cost of that would be tens of millions of dollars. That’s unreasonable to expect a developer to put all that in at one time before they build one lot.”

While a formal decision would come in coming weeks, Hofer signaled support to allow the McCallums to submit the preliminary plat.

“If all these commitments are met, and fresh documents and everything that goes along with the preliminary plat, I don’t have a problem. It’s tough when you have all these old documents. If you are going to bring in some fresh (documents), you can do that.”

A final decision could come in the coming weeks.

Want more Deep Dive stories like this one? They're made possible thanks to BoiseDev members. Sign up today to support our local journalism.

ICYMI 2021: Avimor is growing, far from other SW Idaho cities. Who pays for emergency...

A new town with 15,000 homes at Ada-Elmore line? Elmore officials wrestle with next step...

Property tax on your house keeps going up. But many commercial properties see a different...