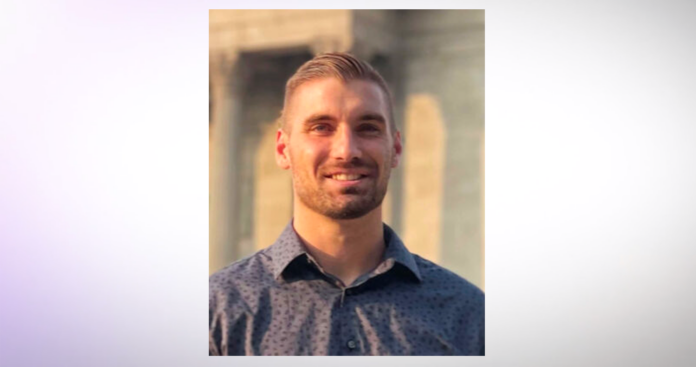 A local entrepreneur and member of the Army Reserve threw his hat in the ring for Boise City Council.

Nicholas Domeny, 31, is running for a seat on the dais with the hopes of calming political tensions, supporting lower-income Boiseans from being priced out of city limits, and adding more resources for law enforcement training in the wake of years of protests against unarmed Black men being killed by police. He is running against incumbent City Council President Pro Tem Lisa Sanchez, Greg MacMillan, and Maria Santa Cruz-Cernik.

“I want to be somebody who can get everybody on the same page,” Domeny said. “Basically, the left and the right hate each other right now and it’s not good for us.”

Can the City of Boise calm angst over Californians?

Domeny owns Myth Parkour, the only dedicated parkour gym in Idaho. He also owns Mythic Mead, a meadery that produces an alcoholic drink made out of fermented honey. Domeny has also been in the Army Reserve since 2009 and has been working as an Army Drill Sergeant since 2015. He is a Boise native.

One of Domeny’s biggest concerns is the ongoing antagonistic attitudes some Idahoans hold about Californians who have moved to the Treasure Valley. He said as the housing prices climb and new residents have come in with cash from selling homes in high-value areas and remote work salaries, it’s easy for people to blame Californians. To combat this negativity, Domeny hopes to push the city to actively educate the public more on who is moving to Boise to dispel popular myths of them changing the politics and inflating the housing market.

“I don’t think the state or the city is doing a great job of informing people that ‘hey the people moving up here are not trying to change everything, there’s no reason to hate them’,” he said. “(Idahoans) are just looking at the housing market going up and they blame one party and people moving from California, but there are also people moving in from Texas, Washington, and Oregon. There are also those of us who are going to Montana, Utah, and Wyoming because we like the small-town feel.”

Domeny said he would also take a slightly different position on Black Lives Matter than incumbent Sanchez. He supports BLM “to an extent,” but he was troubled by scenes of rioting in larger cities during the 2020 protests after the death of George Floyd. Instead of backing the group “100%,” Domeny said he would prefer to say he supports the cause of police reform to end police brutality, but he would want to specify that protesters burning small businesses and looting is not something he approves of.

Sanchez earned a lot of attention for some of her comments about racism in America in 2020, which resulted in an attempted recall campaign. She has been outspoken about combating racism, ending police brutality, and Black Lives Matter, but has not encouraged rioting or violence at protests.

Domeny is supportive of McLean’s Office of Police Accountability and hopes to push for more training of Boise Police Officers to keep residents safe and hold officers who violate use of force policies accountable.

“If you have nothing to hide, then why hide it?” he said. “It definitely makes sense that we make sure everything was done correctly. You’re talking about civilians who don’t know much about what’s going on and you want to make sure you protect them and ensure their rights are not infringed on. If cops are abusing their power, we need to make sure there are checks and balances on that.”

More affordable housing projects is another area Domeny hopes to support if elected. He wasn’t familiar with the specifics of the city’s current housing strategy, but he supports using city land for more projects like Valor Pointe for chronically homeless veterans. Domeny said he would also want to advocate for the Idaho Legislature to change the statute so Boise could put a cap on how much landlords can raise rent annually.

“People are being forced out of their homes and something needs to happen with that,” Domeny said. “What’s happening is basically soon only the rich will be able to live here and everybody else who made Boise, Boise will have to leave.”