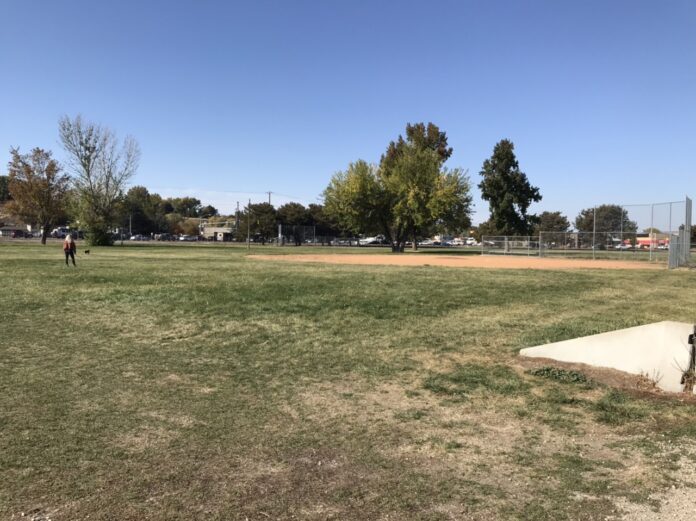 Ada County took the first step on the long road toward redeveloping the Expo Idaho site.

On Tuesday, the Ada County Commissioners voted unanimously to move Lady Bird Park from its current location along Chinden Boulevard to a new location along the Boise River. This was recommended by a panel of experts put together by the Urban Land Institute to study the site, proposed redevelopment concepts, and how it could be paid for.

It was also discussed by Ada County Commissioners for years and was recommended by the Expo Idaho Advisory Board convened in 2020. After the publication of this article, Ada County spokesperson Elizabeth Duncan clarified to BoiseDev that the move was not in response to ULI’s recommendations and the panel’s suggestions for the redevelopment have not been voted on and there are no concrete plans at the moment to move ahead with it.

[Inside Idaho: The story of Garden City’s heritage and how it got its name]

The vision for the 260-acre site includes room for a revamped Expo Idaho to host the Western Idaho Fair, more natural open spaces, playing fields, a revamped stadium for the Boise Hawks, and a town center with retail, commercial, restaurants, and residential developments. The project is estimated to cost a combination of $172.3 million in public and private funds over 15 to 30 years.

The 20-acre park currently hosts Little League fields and other open space on the Southwest corner of the property, but the ULI panel suggested it would be better utilized near the Greenbelt along the river. There is no exact location for where it would go yet, but the new park location could be placed anywhere in the area where the RV park and now-defunct horse racing stables for Les Bois Park currently sit.

Moving the park isn’t a simple endeavor because it was funded and built in 1965 with help from the United States Department of the Interior under a Land and Water Conservation Fund Project Agreement. It will require coordination with the Idaho Department of Parks and Recreation and the National Park Service to relocate the park within the Expo Idaho site. A county lawyer told the commissioners the conversation process could take years.

Elizabeth Paul, who lives near the Expo Idaho site, was the only person who testified on the issue at the public hearing. She said the county should wait to start the process until it knows for sure where the park will go in the Expo Idaho site.

“What I am mostly concerned about is the language in the resolution saying you want to move it adjacent to the Boise River, which means the flood plain,” she said. “Those areas are not appropriate for the type of activity that now goes on at Lady Bird Park…”

Clarification: After the publication of this article, Ada County clarified to BoiseDev that the move to relocate the park is not related to ULI’s suggested redevelopment plan for the site. That redevelopment concept has not been voted on by the commissioners.

Golf club hoped to expand on to Boise River ‘island.’ The plan has changed

Ski Swap returns to Boise area for its 70th year

ICCU will move downtown branch, with construction of new tower set to start

Closure of problem-plagued Idaho 55 project will extend into December